Damascus, Moscow and Tehran continue to exert pressure on Ankara to clear the region of jihadist elements. 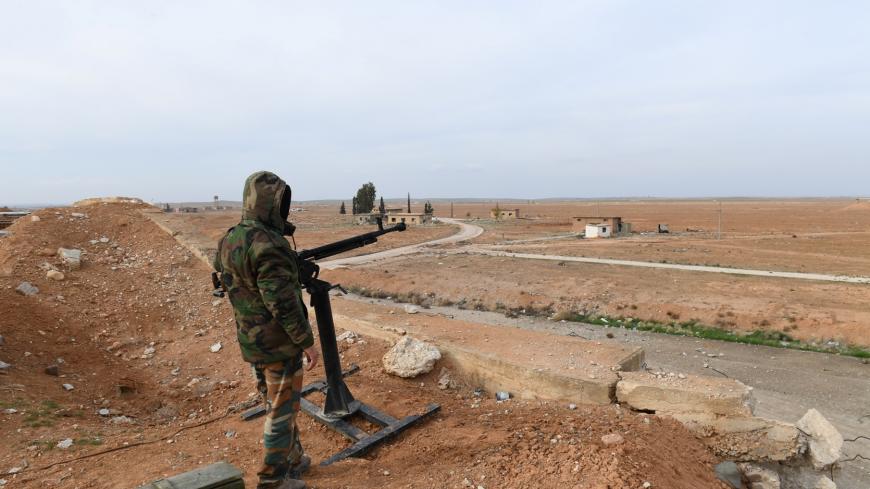 The political infighting in Turkey following the nationwide local elections on March 31 has shifted public focus away from the trouble brewing for Ankara in Syria’s northeast Idlib governorate.

The agreement between President Recep Tayyip Erdogan and Russian President Vladimir Putin in Sochi in September 2018 is failing to prevent violence between the Syrian regime and the jihadist group Hayat Tahrir al-Sham (HTS).

Ankara is increasingly concerned about an all-out operation by Russian- and Iranian-backed regime forces aimed at bringing the region under Damascus’ control.

The topic is expected to be high on the agenda of this week’s talks on Syria — backed by Turkey, Russia and Iran — in Kazakhstan’s capital, Astana. Meeting Russia’s special envoy for Syria, Alexander Lavrentiev, in Damascus last week, Syrian President Bashar al-Assad said the Sochi agreement had failed to eliminate jihadist terrorists in Idlib. Assad called on obstacles preventing the implementation of the agreement to be removed. Ankara, however, blames the regime for the escalating violence in Idlib.

Turkey has forces deployed along a 14- to 20-kilometer-deep (8- to 12-mile-deep) demilitarized zone in Idlib to monitor the cease-fire, as agreed on last September by Erdogan and Putin.

Ankara says regime attacks on the region are violations of the Sochi agreement.

Eyeing its burgeoning ties with Moscow, Ankara refrains from criticizing Russia, even though Russian jets are known to take part in regime operations in Idlib and elsewhere in the country.

Russia and Damascus point to the continuing HTS presence in Idlib, which, under the Sochi agreement, was to be cleared of heavy weapons and jihadist groups of all shades, starting with HTS.

Moscow’s position continues to be that Turkey has not yet succeeded despite its considerable efforts to overcome difficulties in implementing the Sochi agreement in full.

This is just a diplomatic way of telling Ankara that it has responsibilities in Idlib regarding the HTS, which have yet to produce results. Moscow is unhappy that HTS, rather than “blending away” and disappearing, as Turkey wants, has become the main powerbroker in Idlib.

Moscow is also holding back from criticizing Turkey openly because of its deepening economic and military ties with Ankara.

In order to mollify Ankara, Moscow recently decided to mount joint air patrols with Turkey to monitor the situation in Idlib, even though this appears ironic since Russia is helping the regime strike the region.

Meanwhile, Iran is also calling for HTS to be removed from Idlib. Iranian Foreign Minister Mohammad Javad Zarif told reporters in Damascus last week — a day before arriving in Ankara for talks — that the Sochi agreement had to be fully implemented in order for HTS and similar groups to be eradicated.

Ankara’s main concern is that a large operation in Idlib by the regime will send another flood of refugees toward Turkey’s borders and add to the over 3 million Syrians it is already hosting.

The United Nations' senior humanitarian adviser for Syria, Najat Rochdi, said at a meeting in Geneva on April 11 that up to 106,000 people had fled their homes in the governorate over the past two and a half months due to increased military clashes.

Ankara is also worried that jihadist terrorists may take refuge in Turkey as they retreat from a major onslaught by regime forces that are backed by Russia and groups supported by Iran.

Idlib is the last remaining rebel stronghold in Syria and has come largely under the control of HTS. Damascus has vowed to gain full control over the region. It has the support of Moscow and Tehran, who say the region should go to the regime.

Observers of the region indicate that HTS has forced other jihadist groups under its umbrella and established its own brand of radical Islamic rule over nearly 3 million people in the governorate.

In a release on March 28, Amnesty International said HTS and the armed groups operating under its umbrella were “present in several cities and towns in the region, either on checkpoints, military bases, police stations, or they conduct regular patrolling of residential neighborhoods.”

The release said that “local councils run by civilians are believed to be, in some cases by force, affiliated, supported or guarded by the Salvation Government, established in 2017 by HTS.”

Nicholas Heras, a fellow at the Washington-based Center for a New American Security, told the Independent earlier this month that “HTS is becoming so woven into Idlib that the only way that its power can end is if it is ripped out of Idlib, which will lead to many dead and displaced.”

Turkey was tasked with neutralizing HTS under the Sochi agreement but has been reluctant to take on the group militarily, hoping instead to get it to join the Turkish-backed Free Syrian Army (FSA) and thus melt away.

The FSA is a party to the cease-fire agreed on between Erdogan and Putin in Sochi. HTS has so far refused to be blended into the FSA, as Ankara wants.

In the meantime, various reports have suggested that HTS is actually happy about the Turkish military presence in Idlib because of the protection this provides against the regime.

Some media reports in the past even claimed that HTS fighters had provided escorts for Turkish troops moving into their positions in the region.

Syria watcher Akdogan Ozkan believes that HTS is working to establish a lasting presence in northern Syria, similar to that of Hezbollah in Lebanon.

“By calling on other [jihadist] organizations to unite under one roof … the group is trying to secure political legitimacy for its entity, which will not be ruled by the Damascus regime,” Ozkan wrote in an article for the news portal T24.

Ozkan maintained that if Ankara succeeds in bringing HTS under the FSA banner, the group will have taken a major step toward gaining international legitimacy.

A Western diplomat speaking with Al-Monitor on condition of anonymity said that if Ankara is engaged in such an exercise, “This amounts to wishful thinking since neither Russia nor Iran, let alone Damascus, would agree to any HTS presence in Syria under any name.”

Retired Ambassador Mithat Rende also believes that HTS will not realize its dreams in Idlib because Russia and the regime would never accept Sharia rule being established in any part of Syria.

“If Turkey has any hopes that such a rule can be established in Syria, then it should give up on this because the only system that will bring peace to that country is a secular one,” Rende said.

As for the Sochi agreement, Rende said, “This was merely a device for Turkey to gain time as it tried to avert a military operation against Idlib by the regime.”

“What Turkey wanted to achieve was to use this time to either rehabilitate HTS or get it to leave the region, but it failed to deliver on this,” Rende told Al-Monitor.

Meanwhile, he said, HTS has become the main power in the governorate, which has merely compounded Ankara’s difficulties.

“It looks like Russia and the regime will tell Turkey in the end that it has failed to achieve its end of the bargain and take matters into their own hands because their patience has run out,” Rende said.

Retired Brig. Gen. Naim Baburoglu argued, however, that Moscow is currently cooperating with Ankara in Idlib and is therefore unlikely to want a major operation there by the regime, at least for the time being.

According to Baburoglu, there is also a link between the S-400 anti-ballistic missile systems Turkey has committed to buy from Russia and the situation in Idlib.

“The negotiations with Turkey regarding this sale are at a very sensitive stage, and Russia would not want to endanger them by giving the green light to an operation in Idlib that would leave Ankara in a difficult position,” Baburoglu told Al-Monitor.

“If Turkey decides, however, under pressure from the United States to revoke the S-400 deal, then Moscow’s position is likely to change,” Baburoglu added.

The bottom line is that while extraneous factors may be providing Turkey with some extra time in Idlib, the clock is ticking away — and unless Ankara can produce viable options that are acceptable to Moscow and Damascus, it is going to face further headaches in Syria.