Ankara vowed to defy US sanctions on Iran, but figures show Turkey heeding US restrictions and curtailing oil imports from Iran. 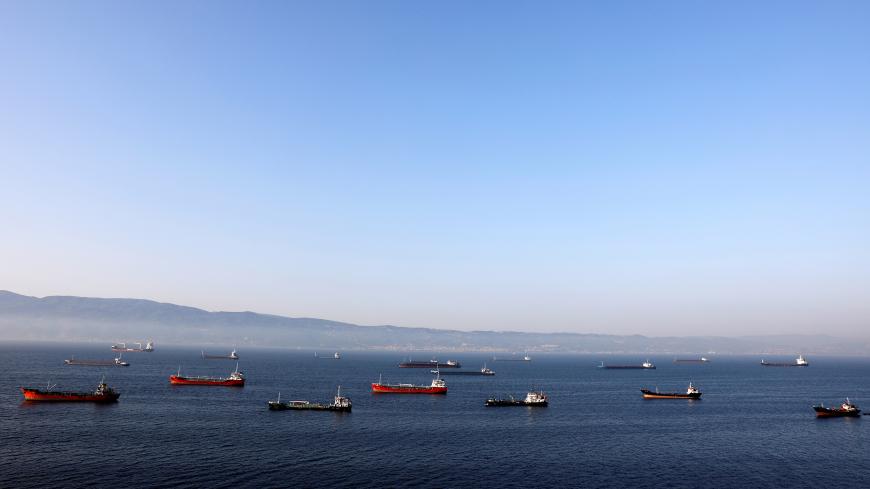 Despite striking a defiant tone on Washington’s decision to end sanctions waivers for Iranian oil imports, Turkey seems to be complying with the sanctions regime, as Iranian imports recently shrank to zero. The situation, however, is bringing a new problem to light: finding alternative sellers of oil.

Iranian sanctions have been added to a long list of problems plaguing US-Turkey ties, which are already strained over American support for the Syrian Kurds and Turkey’s commitment to buy the Russian S-400 air defense system.

The sanctions waivers the Donald Trump administration granted to eight countries, including Turkey, to import oil from Iran have come to an end. Ankara’s efforts to negotiate an extension for the waivers failed. Secretary of State Mike Pompeo declared that Iranian exports will be reduced to zero and there will be no more waivers.

The first reaction from Turkey was a pledge to defy the decision. “Sanctions are unjustified and we are not going to comply with them. We are against such forceful measures,” Foreign Minister Mevlut Cavusoglu said April 22.

The White House announced it is working with Saudi Arabia and the United Arab Emirates to overcome the supply shortage caused by the embargo on Iran. But this move didn’t please Turkey. “Forcing [countries] to buy oil from any other country instead of Iran is exceeding limits,” Cavusoglu said.

The tone struck by Turkey’s diplomat gave the impression that Turkey would bypass the sanctions through different mechanisms, yet the expectations were proven wrong by the available figures coming from the field.

In 2015, when UN sanctions were lifted after the nuclear deal — the Joint Comprehensive Plan of Action (JCPOA) — was reached with Tehran, Turkey increased its oil imports from Iran. When US sanctions were reimposed, Turkey reduced its imports. According to official figures, in 2015, Iran’s share of Turkey’s oil imports was 14.10% of the national total. That went up to 16.9% in 2016. In December 2016, Iran became Turkey's No. 1 oil supplier, with 26.74% of the national total. In July 2017, it increased to 37.26%.

But after May 8, 2018, when the United States withdrew from the JCPOA, imports gradually declined. Oil imports from Iran — at 21.48% in the first 10 months of 2018 — reached zero in November 2018, when the American sanctions were implemented.

Although Iranian President Hassan Rouhani thanked Turkey during his December 2018 visit to Ankara, saying, “Our neighbor Turkey has taken a good and robust stand against the American sanctions plot,” he did not mention the recent decline.

Naturally, Turkey’s stopping its imports of Iranian oil while rhetorically opposing the sanctions attracted notice. Imports went up to 3.26% in December 2018 and to 12.35% in January 2019. Official figures for February and March have not been disclosed. The trend of imports since last May indicates that Turkey has not really resisted the sanctions.

While Turkey is cutting down on oil imports from Iran, finding alternative sellers is a problem. Iraq and Russia are among the top two alternatives.

Turkey faces two major questions on sanctions and diversifying its sources. First, the most suitable oil for Turkey’s largest oil refinery, Tupras, is Iranian oil. Oil from other sources means extra processing and costs. Second, because of geographical proximity, Iran’s oil is cheaper to transport.

In 2018, Iraq and Russia occupied the top two slots among Turkey’s suppliers. In November 2018, when the imports from Iran shrank to zero, Russia’s share in Turkey’s oil imports went up to 32.18% and Iraq’s to 12.61%. In imports, contrary to Iraq, the shares of crude oil and diesel were higher in imports from Russia. In January 2019, when Russia dropped to second place, supplies with crude oil, diesel and other oil products was 15%. Iraq, with 23.52%, occupied first place only with crude oil. All this happened when commercial relations with the Kurdistan Regional Government had plummeted because of the controversial Kurdish independence referendum. Yet relations between the Iraqi Kurdistan government and Turkey have not improved. Flights between Diyarbakir and Erbil resumed March 21 as one of the first positive steps.

Even if Turkey can sort out its oil source problem, that doesn’t mean it can avoid the extra costs of the sanctions regime.

As oil shipments from Russia are made with maritime tankers, costs go up. Moreover, since Italy and Greece stopped buying from Iran and switched to Russia, the tanker traffic through Turkish straits has shot up from five to six days of waiting to 15-16 days, further adding to costs.

The Azeri oil that comes via the Baku-Tbilisi-Ceyhan Pipeline is not consumed in Turkey but goes to other countries, primarily Israel.

According to Muhdan Saglam, an economy writer for independent Gazete Duvar who specializes in energy affairs, Iraqi oil does not provide the solution.

“Tupras is geared for refining heavy oil," Saglam told Al-Monitor. "Iranian and northern Iraqi oils are suitable. Basra oil is not. But Iraqi oil is cheaper because it comes via pipeline. Oil from Russia’s Ural region is also suitable. That is why when we went down to zero with Iran, Russia rose to become the first ranked supplier. But Russia is too far from Turkey’s facilities and that hikes up costs."

She added: “Turkey buys oil from Saudi Arabia and the UAE, but these cannot be alternatives. Tupras cannot confine itself to oil purchased from these countries. In Egypt, the political atmosphere is unstable and its production is low. But India is able to refine all kinds of oil, and Turkey last year in November-December bought diesel fuel from there. This can be increased. But that would mean our Tupras would be idle, further increasing our costs. … There is no source that could provide oil as cheap as Iran. Eliminating the waivers means increasing the costs that would add to Turkey’s economic crisis. The government is worried.”

It is difficult to put into figures the extra costs for Turkey if it switches to a source other than Iran. But it is known that a $10 increase in Brent oil blows up the Turkish current deficit by $3.5 billion.

In short, the government is blustering to save face before the Turkish public and to preserve its image of being a government that will not bow to American pressure, although it is complying with the sanctions.

In addition to economic considerations, Turkey's uncertain attitude could be affected by the presence of Israel behind the sanctions campaign and the entry of Saudi Arabia and the UAE to help the sanctions by becoming alternative sources of oil. Turkey has been in a sort of cold war with Saudi Arabia and the UAE for a while. Then there is the partnership developed with Iran in Syria through the Astana process. In a nutshell, the sanctions economic figures and the harsh political language don’t mesh.