Israel tries rescuing PA from collapse, after instigating crisis to begin with

Israel must now face the economic crises of the Palestinian Authority, which was generated by the decision of Prime Minister Benjamin Netanyahu to cut Palestinian tax revenues over stipends to families of assailants. 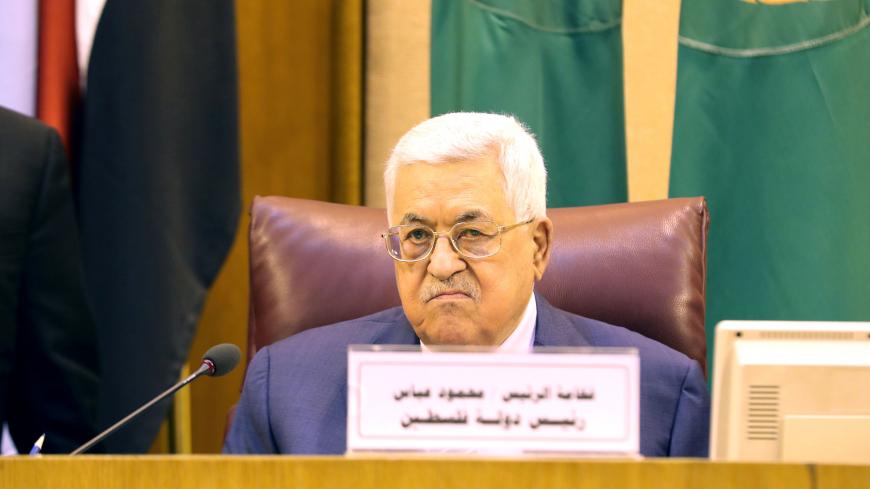 The Palestinian Authority (PA) is on the verge of collapse. Israeli security officials believe that barring drastic rescue measures, Palestinian President Mahmoud Abbas will step down regardless of whether he quits of his own free will or is forced out by mass protests over the failure of funding-strapped institutions to carry out their tasks. Israel’s security agencies are convinced the collapse is only a matter of time as a result of Israel’s own doing and that of its friend, the United States.

The first responsible for the possible collapse of the PA is Prime Minister Benjamin Netanyahu. The 1994 Paris Protocol, which regulates economic ties between Israel and the PA, stipulates that Israel would collect on behalf of the PA tax revenues on imported goods and then transfer the money to the PA. But in February, under pressure from right-wing political parties and the upcoming April 9 elections, Netanyahu approved the enforcement of a 2018 law that allows Israel to deduct money from these tax revenues in the equivalent amount the PA pays the families of Palestinians accused of terrorist activities against Israel. That means a reduction of some 500 million shekels ($138 million) from the duties Israel collects for the PA.

In response, Abbas instructed the Palestinian Economics Ministry to refuse all the tax money Israel owes the PA, some 400 to 500 million shekels a month. Abbas apparently sought to bring things to a head with a deep crisis that would serve as a distress call to the international community. His move has been only partly effective.

The second reason for the possible collapse of the PA — the doing of the United States — has to do with President Donald Trump, whose administration is scheduled to unveil its long-awaited Israeli-Palestinian peace plan after the month-long Ramadan fast, meaning within about a month. Neither the Israelis nor the Palestinians appear to know the full details of Trump’s so-called “deal of the century,” but according to The Washington Post, the blueprint is not based on a two-state solution to the conflict but only on recognition of autonomy rule in PA territory.

Whether or not the report is exact, the Palestinians are expected to outright reject the plan over which presidential envoys Jared Kushner and Jason Greenblatt have been laboring for more than a year. PLO Secretary-General Saeb Erekat stated on April 15, “What the US administration is doing is not a peace plan, but a plan to destroy peace.” He added that peace would not be achieved without the establishment of a Palestinian state based on the 1967 borders with its capital in East Jerusalem. On April 26, Erekat tweeted a derisive reaction to Greenblatt’s claim that the Trump peace plan reflected “thinking outside the box.”

Israeli security officials believe the presentation of the US plan will generate fierce anger at PA headquarters in Ramallah and unrest throughout the West Bank. In turn, this could result in Palestinian protests and clashes with Israeli troops, which would further destabilize the PA.

Now, as many times before, Israel feels under pressure over a crisis that it and its allies caused themselves. It realizes in retrospect the consequences of its acts. Israel has pushed the PA into an economic crisis and possible collapse, and now it must rush to save Abbas from the economic collapse in order to prevent an escalation into chaos — an escalation the outcome of which no one can predict. This pressure in Israel to stop the escalation is expressed on two levels, or rather, in reflecting over two options.

Rescue Plan A: On April 28, Prime Minister Benjamin Netanyahu met with Finance Minister Moshe Kahlon to examine ways to prop up the PA. Netanyahu and Kahlon, both of whom supported the enforcement of the tax deduction legislation at the time, discussed how to convince Abbas to step back from his refusal to accept the funds Israel owes the PA (minus the deducted sum).

According to a report on Israel’s Public Broadcasting network, last month — prior to the April 9 elections — Israel secretly transferred 660 million shekels ($182 million) of the PA’s funds directly into Palestinian banks, but the PA refused to accept the money and it was returned to Israel’s Finance Ministry.

Kahlon enjoyed a good relationship with previous Palestinian Prime Minister Rami Hamdallah, but since his successor, Mohammed Shtayyeh — who was sworn in some three weeks ago — the PA’s relationship with Israel’s Finance Ministry has changed. When assuming office, Shtayyeh declared that Israel and the United States were waging economic war against the PA and claimed the American plan does not have any supporters in Palestine or Europe because it will be “stillborn.”

Can Israel convince Abbas or Shtayyeh to accept the Palestinian tax funds from Israel? Apparently not. It seems that the only way out of this situation is for Israel to go back on its decision to cut the tax revenues. While there seems to be some logic behind the Israeli argument on offsetting the stipends paid to Palestinian assailants from the tax revenues, Israel must now reconsider this move.

Still, prospects of such an Israeli shift are slim. Israel will have to eat the mess it cooked up by refusing to heed the warnings of security officials against enforcing the law.

Rescue Plan B: This is a less complex solution given the good ties between the heads of Israel’s security forces with their Palestinian counterparts, which are undoubtedly much better than those between Netanyahu and Kahlon and Abbas and Shtayyeh, respectively. This option consists of continuing and reinforcing security cooperation in order to thwart an escalation in the West Bank.

A Palestinian security official told Al-Monitor that in recent weeks, Israel’s Coordinator of Government Activities in the Territories Maj. Gen. Kamal Abu-Rokun has been holding in-depth discussions with heads of the Palestinian security forces and Shin Bet agency representatives. The discussions focused on rioting that might break out in the Palestinian territories with the publication of the Trump plan and possibly even a series of terrorist attacks by Palestinian organizations or individuals against Israelis.

The source said the talks stem from a sense of urgency on both sides in light of severe economic crises afflicting the PA due to its refusal to accept at least some of its tax revenues from Israel. While the regular security coordination between the sides is ongoing and both sides are satisfied with it and seek to ensure calm in the West Bank in case of protests and clashes, they do not have control over the economic issues.

Ramadan begins May 5. Every home in the West Bank will feel the economic pressure and the resulting shortages. Each Iftar — the sundown fast-breaking meal — will be tougher than the one on the previous day. After 30 days, on Eid al-Fitr marking Ramadan’s end, the deal of the century will probably be unveiled. Yet the unveiling of the plan would probably offer little to the Palestinians. It would be a deal that provides no hope or expectation of a new beginning but promises only worry and anxiety that this is the end of the road.