Careful what you wish for: The lesson of Israel's vote threshold

Israel's vote threshold has created a situation in which the Likud, which went to great effort to expel Moshe Feiglin, prays that his party will cross the threshold to enter the Knesset, while Blue and White, which dislikes Balad, hopes for its success. 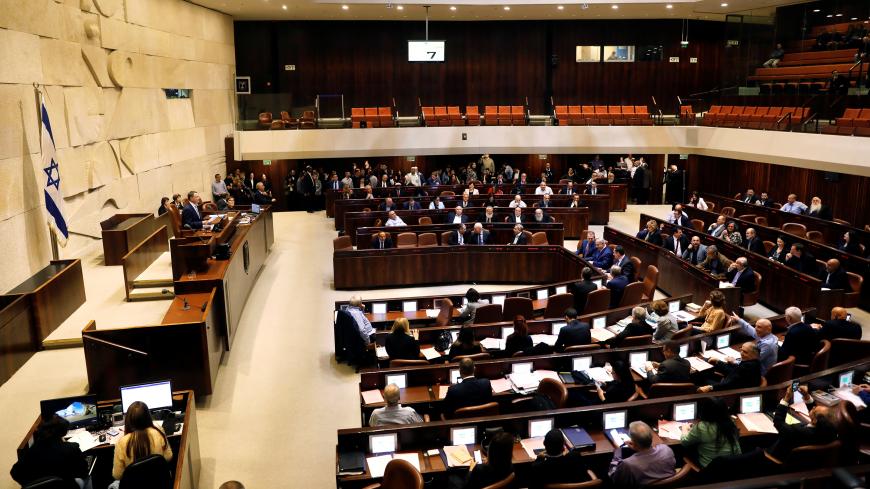 For weeks now it has been clear to all that the April 9 elections will be decided by the small parties that manage to pass the vote threshold for entering the Knesset. The irony of fate is that Avigdor Liberman, the architect of the idea to raise the Knesset-entry threshold from 2% to 3.25% on the eve of the 2015 elections, had intended it to limit the number of parties vying for seats in the legislature and to reduce the undue power of the small parties.

The first unintended consequence was the formation of the Joint List in 2015 to enable three small Arab parties to pass the threshold. The party won 13 mandates and emerged as the third largest party in the Knesset. If Liberman’s real plan had been to create a vote threshold that no Arab party could surpass, he only succeeded in creating an Arab political force comprised of the religious, nationalists, communists and others whose only common cause was opposition to Zionism.

The current election cycle has produced additional ironies of fate: first, the number of parties vying for seats in the Knesset is the largest since elections for the first Knesset, and second, most polls have Liberman himself, the chair of Yisrael Beitenu, scarcely passing the vote threshold.

This brings to mind the wacky idea from 1992 of voting with two slips — one for a candidate for prime minister and one for a party. The intention was to elect a strong prime minister who could govern with no connection to the Knesset election results, like an American president. The method inadvertently created weak prime ministers, who quickly lost support for their policies in the Knesset and were forced to call early elections: Benjamin Netanyahu in his first term (1996-99) and Ehud Barak in his single term (1999-2001).

The possibility of separating a vote for prime minister from a vote for a party list for the Knesset greatly increased the number of parties that entered the Knesset, because it allowed voters to cast their ballot for the party that best-suited their positions without concern that their candidate for prime minister would not be elected. The greatest impact was in the Arab sector, which preferred Labor Party candidates for prime minister but were relieved of having to vote for a Zionist party in order to elect its prime minister. At that moment, the Arab parties’ strength began to grow, while the Zionist parties lost many of their Arab voters. That method was ditched in 2001, but the Arabs did not return to the Zionist parties.

If the lower vote threshold had remained in place, the significant-but-small parties on the right and the left would have succeeded in entering the Knesset and likely would have naturally joined the bloc closest to them ideologically. In certain cases, small parties without overly strident ideological tendencies could have been elected and have later chosen a bloc willing to offer them ministerial roles and positions.

In the current situation, where there is no “axis party” — a large party without which a government couldn’t be formed — the high vote threshold assumes too much power. Whether parties can cross the vote threshold, even with a tiny number of votes, could decide the election.

Two significant parties whose passing the vote threshold is critical for the conservative and liberal blocs are Zehut, headed by Moshe Feiglin, and Balad-Ra’am, two parties formerly part of the Joint List. Zehut is a new party with extremist, hawkish positions, and Balad emerged from the “Village Sons” movement, which boycotted the State of Israel and its institutions and for a time refused to participate in the electoral process to avoid legitimizing Israeli authorities.

Feiglin gained prominence as a “wild man” in the 1990s. He opposed the Oslo peace process with all his might, viewed settler organizations as traitors that accepted the division of the land, established This Is Our Land, an organization that led “nonviolent” protests, and got himself arrested and imprisoned for altercations with police, sedition and inciting illegal acts, such as taking over outposts in the West Bank, blocking intersections and ascending to the Temple Mount.

Feiglin tried to run for the Knesset with the Likud, and the party managed to block him a few times until he succeeded in getting elected in the primaries to a realistic spot on the party's candidate list. He even served as deputy chairman of the Knesset from the Likud (2013-15), but nonetheless behaved like a free agent, refusing to observe party and coalition discipline. In January 2015, he decided to leave the Likud and established an “Israeli Jewish” movement that seeks to annex all of the territories captured in the 1967 war, “encourage” Arabs to leave the land and legalize cannabis. At the beginning of the current election cycle, Feiglin was considered a marginal and odd phenomenon, but recent polls predict him winning four or possibly more mandates.

Balad-Ra’am is an unnatural pairing of a secular nationalist Arab party and a moderate Islamic party, respectively. Balad is a regular candidate for banning from the Knesset because of its opposition to the basic values of the State of Israel, but the High Court has time after time declared its right to contest elections. Even representatives of the Labor Party who sit on the Central Election Committee have supported decisions to prohibit it from running. The new Blue and White party adamantly rejects any suggestion of a connection or possible alliance with it.

Thus, the higher vote threshold has created a situation in which the Likud, which went to great lengths to expel Feiglin, will pray that his party crosses the vote threshold, while Blue and White, which detests Balad, will peer at the results on election night and hope for the success of the Arab party teetering on the vote threshold, praying that it manages to cross it.