The grand delusion: The Israeli right's quest for Arab votes

After advocating and adoption of the Nationality Law and inciting against Arabs, Israeli right-wing parties are fervently wooing the Arab vote. 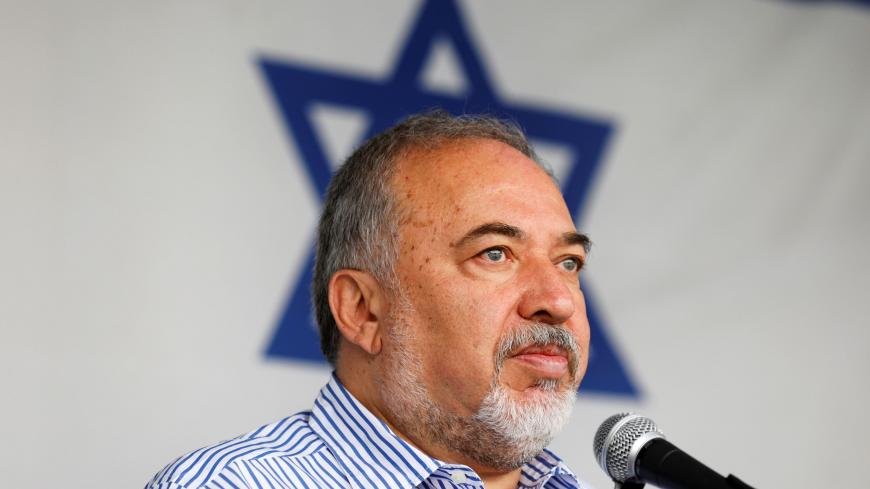 The Arab Israeli rapper Tamer Nafar released a new song on April 4, five days before Israelis head to the polls. Called Nafar hopes the song, “Tamer Must Vote,” will get Arab voters to surge to the polls. “Either we vote / Or end up/ Outside of the homeland,” he sings.

In October 2016, Culture Minister Miri Regev had demanded the cancellation of an appearance by Nafar at the Haifa Festival on the ground that he rejects Israel as the state of the Jewish people. The month before, she had boycotted an appearance because he would sing lines from a song by the Palestinian poet Mahmoud Darwish.

In the new song, Nafar highlights the issues Arab voters are deliberating in considering whether to boycott the election: “Did they deal with poverty? Did they bring us schools and jobs? After all, we only see them out there during elections. Why should I lose a day's work? I voted last time and it fell apart.”

Nafar also suggests getting revenge on former Defense Minister Avigdor Liberman, who introduced legislation in 2015 to raise the vote threshold with the intent of preventing the Arab parties from entering the Knesset. As it turns out, that move could now backfire on Liberman. According to many of the latest polls, Liberman’s Yisrael Beitenu won’t pass the vote threshold. “If our vote can help send Bibi to jail and throw Liberman out of the Knesset — then it's already worth voting,” Nafar sings.

The irony of fate is that the same Liberman who views Arab Israelis as a fifth column, who has based his campaigns on efforts against them and who has demanded their annexation to a future Palestinian state is now asking for their vote. To that end, the number four member on his party list, former Foreign Ministry official Eli Avidar, who speaks fluent Arabic in Egyptian dialect, appears in a video that can only be described as opportunistic.

“Who are you going to vote for?” he asks Arab voters in Arabic. “[Taal party leader] Ahmad Tibi, who dismantled the Joint List and is now working for the Palestinian Authority? Would you vote for Balad and the Islamic Movement? You wouldn’t be voting for them but for Qatari money.” Avidar then recounts additional “reasons” why Israeli-Arabs shouldn’t vote for any Arab or Jewish party, since all of them threw them to the dogs. He then suggests why they should consider voting for Yisrael Beitenu. “I’m Jewish, I’m Israeli, and according to the philosopher Michel Aflaq [a founder of the Syrian Baath Party], I’m also Arab,” he asserts.

Yisrael Beitenu’s call for Arabs to vote for it is delusional, but Liberman's party isn't the only one in search of Arab votes. It seems that all of the Zionist parties have suddenly discovered that some 16% of the voter roll is Arab. About half of those do not intend to vote, according to an internal poll by the Hadash-Taal. Arab voters are disappointed about the dismantling of the Joint List. That said, they are also disappointed with the party having failed to improve their economic and social status after hopes were raised in 2015. Instead, incitement against Arabs has increased, and the Nationality Law was passed, codifying the Jewish identity of Israel and designating non-Jews as second-class citizens. None of this, however, has deterred the Zionist parties from asking for their votes, perhaps because a Statnet poll showed that 27% of Arab voters, representing 150,000 votes, intend to or are considering voting for a Zionist party.

The Labor Party claims that it has identified a potential 150,000 Arab votes for itself. It’s hard to tell where these numbers came from, however, since the party chair Avi Gabbay showed former Knesset member Zouhir Bahloul the door, and Labor’s current lineup has a Druze representative 17th on its list (Saleh Saad) and a Muslim in the 23rd position (Ahsan Halailah). According to polls, neither will make it into the Knesset because they are too far down the list.

Labor — formerly a member of the Zionist Camp, a name that drove away Arab voters in the previous election — hasn’t done a thing during the last Knesset term to show Arabs that it’s acting on their behalf. Raleb Majadele, the first Muslim minister from Labor, sharply criticized his party in a March 31 interview with Israel HaYom, saying, “It’s a fact that the Labor Party erased the Arab sector.… The Arab sector will return [the favor] in kind.” The thought that Arab voters would support a party that tossed out Bahloul and put a Muslim candidate in an unelectable spot on its list is no less crazy than Yisrael Beitenu’s video.

The ultra-Orthodox Shas is trying to recruit Arab voters, as it has in every campaign. In 2015, it managed to win 52 votes in the Arab city of Taybeh. According to Shas' leader, Interior Minister Aryeh Deri, he has done many things for the Arabs, “most of whom unfortunately are on the side of the [Palestinian] state they don’t have,” as he remarked in 2012.

Right-wing parties like the New Right and the Union of Rightwing Parties aren’t deluding themselves like Yisrael Beitenu, but they aren’t giving up on Arab voters either. On April 1, Rafi Peretz, leader of the union, arrived at a party event in Kasra-Sami’a, in the Galilee, to recruit Druze voters, “brothers in arms,” but he and his people found attendance to be close to zero. It turns out the Druze have not forgotten the humiliation of the Nationality Law.

The one party that could win a large number of Arab votes is Meretz. Among its top five candidates are Issawi Frej (number 4), a Muslim resident of Kufr Qasem, and Ali Salalah (number 5), a resident of the Druze town of Beit Jan and its high school principal (who managed to raise the number of students qualifying for a matriculation certificate from 13% to 100%).

In the meantime, “Tamer Must Vote” is spreading on social media, targeted primarily at young Arabs. “Right now there’s a threat to us and our children,” he sings. “Don't underestimate their fascism. Look what they did to our grandparents.”

Maybe a rapper from the mixed city of Lod will succeed in awakening hope among Arab voters.