Education and religion to fight IS mentality in Anbar

At a college close to the Syrian-Iraqi border, surrounded by the harsh Anbari desert, many women with male relatives still missing have resumed their studies after the area was liberated from the Islamic State. 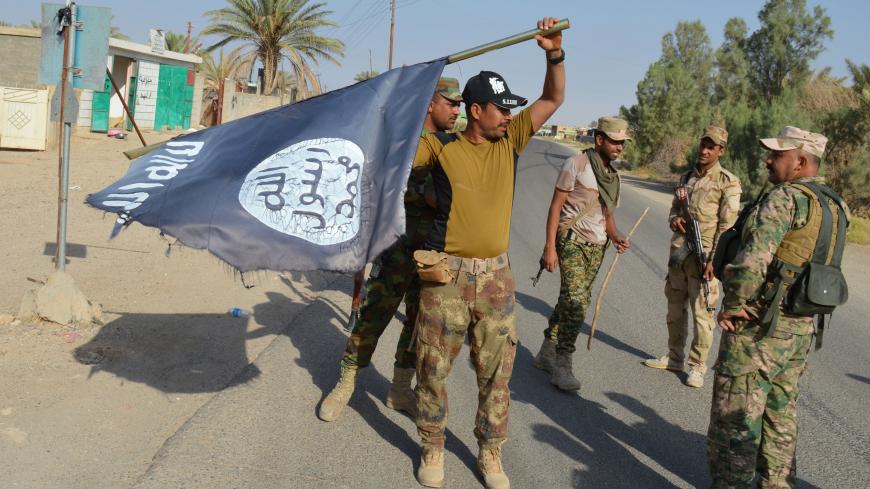 AL-OBEIDI, Iraq — Women in heavy, black, face-covering niqabs sit on one side while young men in blazers and crisp white shirts sit on the other in classes at Anbar's westernmost institute of higher learning.

The Qaim College of Education is located in al-Obeidi near the border between Iraq and Syria, where both experts and locals say better education and knowledge of Islam are needed to reduce extremism.

Dean Nasif Jassim Mohamed of Qaim College of Education told Al-Monitor that "there are more women here than men since families in this area may send their sons to Baghdad, Mosul or Ramadi for their education, but will usually not do so with their daughters.”

Mohamed noted that “between 2015 and 2018, the classes were held in other cities — Kirkuk, Ramadi, Abu Ghraib,” making it impossible for students who could not afford to leave their home regions to continue their studies during the period under the Islamic State (IS).

With state electricity only reaching the area a few weeks ago — almost a year and a half after it was retaken from IS — employment opportunities are few and its current stability is precarious.

Though relative calm has been achieved in western Anbar urban areas, various incidents continue. For example, three IEDs exploded on April 11 in nearby Qaim.

Local police officer Maj. Bassem al-Mahalawi told Al-Monitor that al-Qaeda and IS ideology remains latent in the area in some form.

Mahalawi also noted that there had been about a dozen “men of religion” from the district who joined IS and played a significant role in recruitment during the extremist group's control. Some were killed, he said, while others fled to Syria; their whereabouts remain unknown.

Students at the local branch include many who commute daily from Anah and Rawa to attend “mostly Arabic language and Quranic studies” courses, said the dean.

Many of these young women's fathers, brothers or husbands were arrested by IS for having been in the Iraqi security forces at some point in their lives — a major employer in a country relying heavily on public jobs.

Many state employees continued getting their salaries after IS took the area, even years after schools and factories were shut down. The hope of getting a job as a teacher pushes many to continue their education in the hope of a stable income.

Thousands of men and boys are still missing from Qaim alone. A local tribal sheikh claimed during a visit to al-Obeidy in February 2019 that over 4,000 have yet to be accounted for.

Intelligence reports of secret, possibly underground prisons in the formerly IS-held territory of Hejin across the border now seem to have been disproven after the area was liberated, leaving little hope that those missing will be found alive.

Some women are studying again after years of being mostly confined to their homes. Many now have children, psychological and possibly physical scars, and close relatives dead or missing.

One small-framed woman wearing a niqab and looking frightened spoke to Al-Monitor (on the condition of anonymity) while she was on a break from her class in Quranic studies.

From the Albu Hardan tribe — the same tribe as most of the native inhabitants of Hejin, one of the last strongholds of IS on the other side of the border — she said her husband had been taken by IS and she was still searching for information on what happened to him. She has a 4-year-old daughter, she noted.

Another student wearing a simple headscarf, jewelry and makeup told Al-Monitor that two of her brothers had worked in the security forces prior to IS taking over. One fled when IS arrived; the other remained in the city to look after relatives. He was taken by IS on false charges only a few months before the area was liberated and has not been heard from since, she said.

A third woman in the Quranic studies course — in her late 20s and wearing a niqab — told Al-Monitor her “dream had been to study mathematics or chemistry, but the only places I could study them were too far away” in the regional capital of Ramadi.

She had been studying when IS took over the area and was married shortly before that. She thus spent the next four years under its harsh regime and had three children. Prior to the birth of one, she went for tests unavailable in western Iraq to the Syrian town of Albu Kamal — part of IS's Wilayet al-Furat and thus administratively the same region — where she was examined by a Sudanese IS doctor.

She then returned and had the child in Anah via cesarean section. Most women in those years traveled for C-sections to Albu Kamal, where even male IS doctors could operate on women if they had the husband's written permission. However, she was told not to travel in the final months due to potential danger to the baby amid a difficult pregnancy.

The C-section was thus performed in conditions that resulted in ongoing persistent health problems.

“My unemployed husband or my family takes care of the three children while I study,” she said. She leaves at 7:30 a.m. to get to al-Obeidi by 9 a.m., and she stays until 4 p.m. 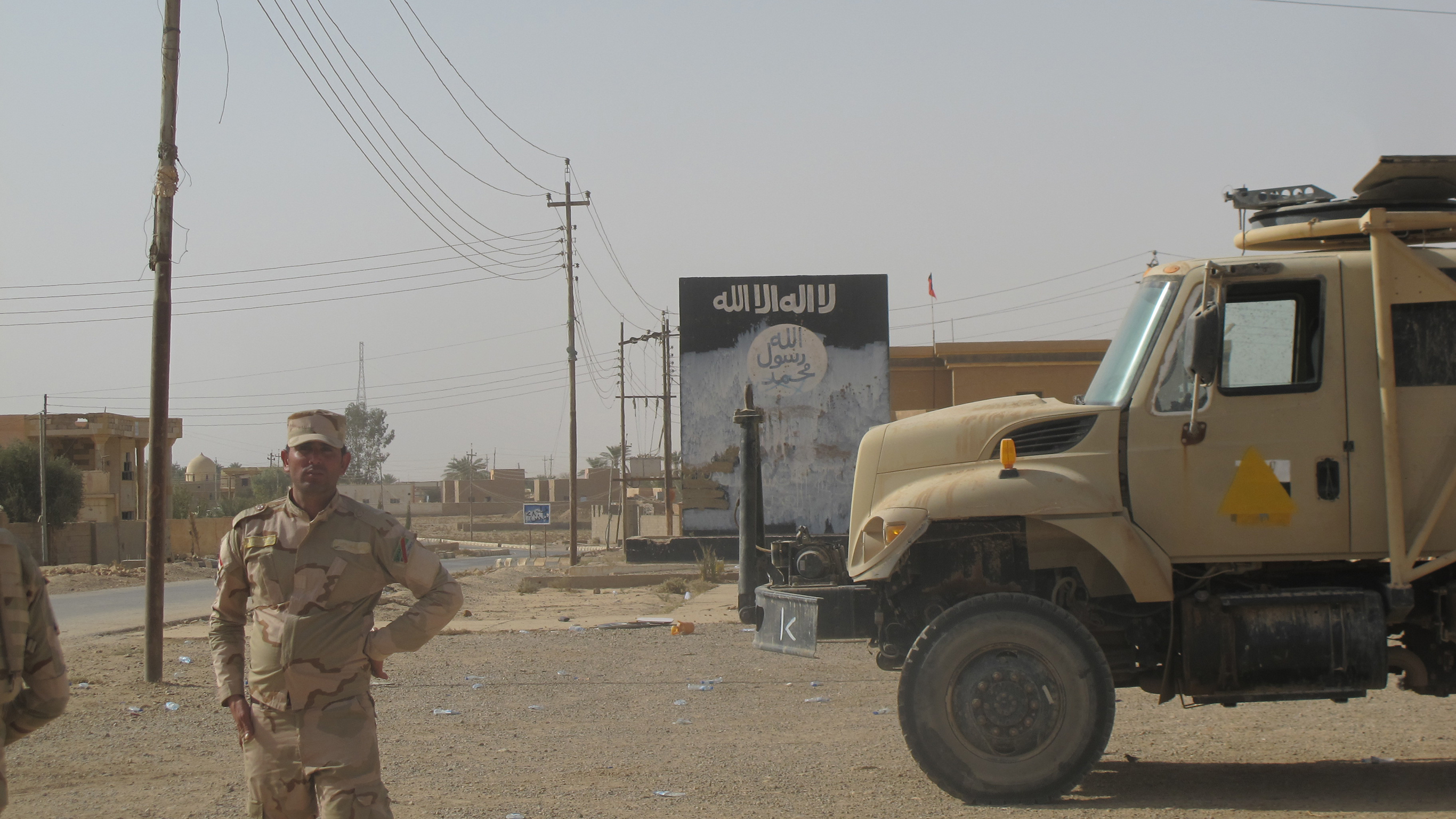 She said her husband had encouraged her to study, but checkpoints along the road had been a problem earlier this year “since I wear a niqab.”

“I wore it even before IS,” she stressed, and officers “made me lift it up” to get past the checkpoints. The situation has improved now, she said.

Vice Dean of Qaim College of Education Dr. Rabah Salem Sharif told Al-Monitor that it was normal for students to study in coed classes despite prevailing tribal mores in the area, and “all the students know their limits.”

This would never have happened in IS classes, he noted.

Sharif said he had been studying in Malaysia when IS came, adding that Malaysia is “a Muslim country, so things are easier for Muslim students.”

Many locals are quick to point out that “IS didn't have anything to do with Islam” and education is essential for preventing similar extremist groups from taking root again.

Women who suffered under IS rule and are now studying to become teachers are expected to foster an understanding of the difference between Islam and IS ideology, as well as open the children up to the world.

The women who suffered under IS rule and are now studying to become teachers are expected to foster an understanding of the difference between Islam and IS ideology, as well as open the children up to the world.

The college itself suffered damage, however, from which it will take time and money to recover.

The dean noted that prior to IS there had been "five buildings with gardens and computers," all of which were destroyed in the fighting.

Now they are making do with a single building and no computers, he said.