Basra governorate hopes the third time will be a charm as it once again seeks to become an Iraqi federal region. 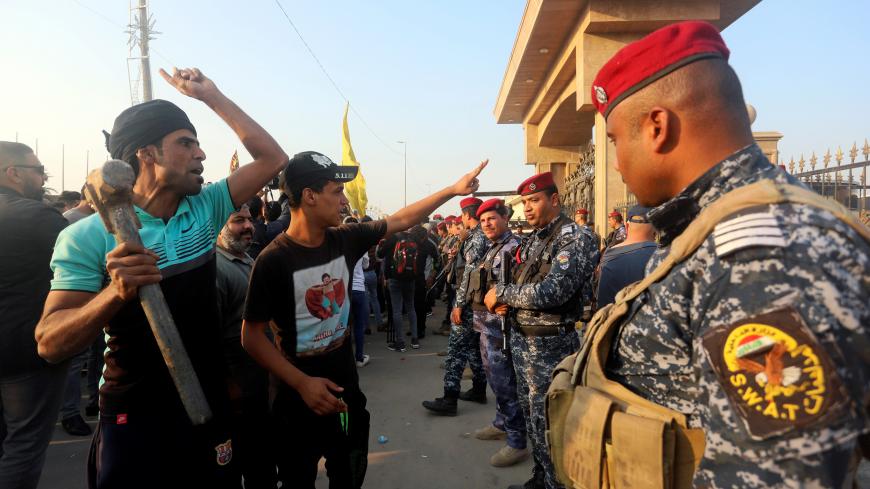 Basra province in southern Iraq is once again seeking to become a federal region in the hopes of fixing the neglected area's dire economic and living conditions. National political parties remain divided on the issue, but provincial officials are making their move now, before the "summer crisis season" arrives, bringing mass protests and demands for better basic services like drinking water and electricity.

During these protests last year, demonstrators set fire to government buildings and the offices of political parties, as well as the Iranian Consulate.

At an April 1 session, the provincial council voted to set up a committee to implement legal and constitutional measures for establishing an officially recognized federal region.

The country’s constitution stipulates that a province can request a referendum on the matter simply by obtaining favorable votes from one-third of the provincial council’s members, or one-tenth of the governorate's voters. About 63% — 22 of the council's 35 members — have voted in favor of a referendum.

The request next goes to the Council of Ministers for a vote, and then to the Independent High Electoral Commission (IHEC) to organize the referendum. To pass, that referendum would require approval by more than half of voters.

Basra also sought to become a region in 2008 and 2014, but federal authorities rejected those demands, using loopholes in the constitution and citing chronic problems in Kurdistan, Iraq's only current federal region.

Karim Shawak, a member of the Basra provincial council, told Al-Monitor the effort won't be defeated this time "because all of the Iraqi governments have failed to resolve the problems that the province has suffered from.”

However, he acknowledged there is major opposition to the move.

“There are local, regional and international parties opposing the Basra region project,” he said, noting that even official parties in neighboring countries expressed great concerns about turning the province into a region. “Also, some local parties in Basra, with their leadership in Baghdad, Karbala and Najaf, are against the idea of a Basra region because it doesn't serve their interests."

He added, “We will demand that the IHEC organize a referendum on the Basra region, so that the matter turns into a fait accompli that cannot be taken back. Otherwise, the Council of Ministers would be standing against the enforcement of the constitution."

More large-scale popular protests are likely this summer, with the demand to turn Basra into a region topping the list of demands. This is particularly true since Basra's share of the 2019 budget caused a great deal of resentment, and multiple political parties opposed the formation of the Basra reconstruction council, chaired by the head of the Fatah Alliance, Hadi al-Amiri.

Raed Mfarraji, a leader of the protests, told Al-Monitor, “The Basra [share] of the federal budget has been unfair, particularly since the province generates 80% of Iraqi oil and is the country’s sole sea access. This unfair treatment has been a key reason behind the demand to turn Basra into a region. This way, Basra would enjoy treatment equal to the Kurdistan region, [although] its resources are less than those of Basra.”

Nevertheless, turning Basra into a federal region requires more than constitutional measures. An internal political consensus and regional blessing are also needed, particularly since the ruling Iraqi government — which includes almost all of the parliamentary blocs — needs to vote on the Basra provincial council’s decision before starting a referendum.

Sadrist movement leader Muqtada al-Sadr warned in a tweet April 8 that forming federal regions can be dangerous and would leave Basra weaker and more susceptible to outside influence. Moreover, Iyad Allawi, head of the National List, wrote in a tweet that “corruption and quotas are behind the problems in Basra" and "the region requires solid institutions.” The Sadiqoon Alliance, led by Qais al-Khazali, opted for the same stance.

Modher Salman, a parliament member for the Alliance Toward Reforms, told Al-Monitor, “Parliament will try to meet the Basra demands and take all of the measures to ensure that basic services are available to the inhabitants of the province.” He added, “The formation of regions at this time would imply the country’s fragmentation, particularly in light of the very struggle to control the Basra resources and wealth.”

Iraqi Prime Minister Adel Abdul Mahdi's government is likely to try to fulfill the political blocs’ desires in the federal parliament and impede the formation of a Basra region. The government is in dire need of any parliamentary support that would maintain its coherence and survival. Yet the government would be cornered and embarrassed, looking like it's obstructing the constitution. The government is required to resolve the Basra problems, which all local and central governments have failed to do. Hence, Mahdi will be targeted in the expected summer protests.