Comedian Mehran Modiri's mockery of government officials who have paid brief visits to Iran's flooded provinces has made him a government target, but he is likely to survive it. 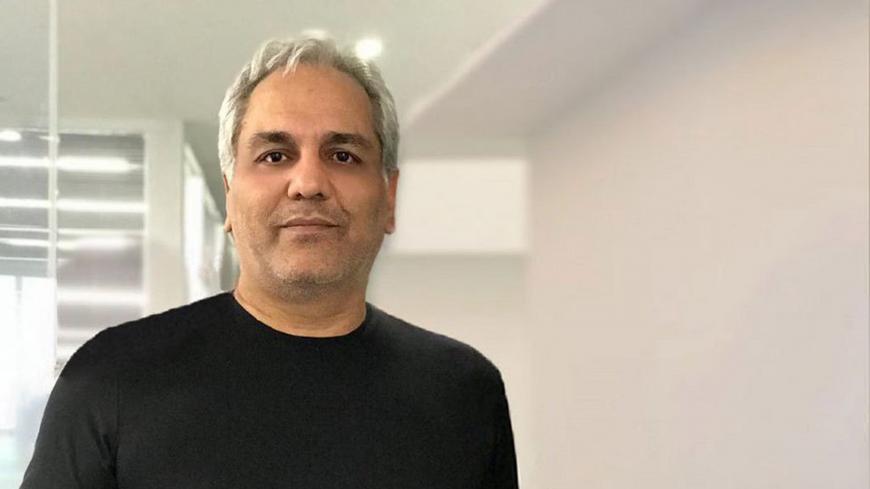 Iranian comedian Mehran Modiri insulted many when he made a joke about the recent floods in Iran that inundated 25 provinces. Posted Aug. 19, 2018. - Twitter/@Modiri_Official

The most famous face of Iranian comedy has courted controversy again by ridiculing the government's efforts to help the victims of the flood that struck more than 25 provinces and resulted in dozens of deaths.

“Nothing is more painful for the people of the country than seeing their leaders in wet pants,” said Mehran Modiri, mocking state officials visiting flooded cities and explaining that their brief visits were mere shows that backfired in terms of their public image. Speaking on state TV April 2 during his talk show, "Dorehami” (“Get Together”), the Iranian comedian took a straight shot at what he called the government mismanagement of the floods in the country.

“I was told not to [make statements that would increase disappointment among people], but it seems now that the people are drowning in hope,” said Modiri in a thinly veiled reference to Tehran's calls to “keep up the hope” amidst the dire economic situation of the country.

Though his remarks largely echoed the sentiments of the people who have expressed dissatisfaction on social media with the government taking days to drain the water, it also drew a series of negative reactions both from the government and the public.

The remarks drew criticism both from Reformists and hard-liners. Reformists claimed that Modiri was getting his orders to defame the government efforts from the hard-line managers of state TV in order to belittle the moderate government of Hassan Rouhani. Hard-liners also slammed Modiri for killing people's "hope" in the establishment.

On April 4, the cultural adviser to Hassan, Hesam al-Din Ashna, accused state TV of telling Modiri to rail against the government. The next day, Interior Minister Abdolreza Rahmani Fazli called for a severe reprimand against the producers of the show, adding, "Since when is ridiculing, belittling, disappointing people and insulting the officials called art?"

The requested punishment did come. State TV chairman Abdulali Ali-Asgari said April 8 that Mohammad Ehsani, manager of the Nasim channel that aired Modiri’s remarks, would be reprimanded. However, the government-run Iran daily wrote that he alone should not be the fall guy. "It is impossible that Modiri takes such stances without the green light of senior managers of TV,” the daily wrote.

The demands for the head of Modiri also caused others to rally in support of the comedian. Reformist comedian Amir Mahdi Jule wrote on his Instagram page April 8 that the government could not stand criticism anymore. Some social media users attacked the interior minister furiously, urging him to stop comments on his Instagram page.

Moderate parliament member Ahmad Moradi told parliament April 9, "The government should accept the fair criticism. If the honest figures, including Mehran Modiri, intend to reveal the corruption, some shouldn’t attempt to [punish them]."

Modiri is no stranger to controversy. The well-known comedian has long attracted criticism through his political mockery, from the 2004 sit-in of the Reformists to his recent attacks on Iranian Foreign Minister Mohammad Javad Zarif.

The comedian’s career skyrocketed in 1994 when he directed and acted in "Saate Khosh” (“Joyful Hour"), one of the first sitcoms made in Iran. The series proved to be a hit and a landmark in Iran’s cinema sector. It also introduced a number of comedians to the TV and cinema industry, including Reza Attaran — an actor who has guaranteed film sales over the years.

Despite its popularity, the cast of "Joyful Hour” was blacklisted for further work with no clear reason. The ban on Modiri lasted three years, while others — including Attaran — were prevented from acting for one and a half years.

In an interview with the online show "Cinema" in 2017, Modiri said the ban made his life difficult economically, admitting he didn’t even have enough money to buy bread and cheese to feed his family.

In 2002, he started a new comedy series, "Pavarchin" (“On Tiptoes”), which is possibly one of the most popular comedies in the history of Iranian TV. The series zeroed in on social issues — mostly in favor of hard-line views.

In his 2004 series "Noghtechin” (“The Dots”), he ridiculed the Reformists who staged a sit-in following the Guardian Council’s decision to ban pro-Reformist deputies from the 2004 elections. A large number of Reformist parliament members also submitted their resignation at that time — an action that failed to convince the Guardian Council to retreat.

After a disagreement between state TV managers and Modiri, he left and began focusing on creating a series on the less-restricted platform of the home video network, a government-run initiative under the supervision of the Ministry of Culture and Islamic Guidance that offers DVDs of films and series to viewers. People welcomed Modiri's series “Ghahveye Talkh” (“Bitter Coffee”), which was distributed between 2010 and 2012. Nonetheless, people's support for the series was in large part due to their disappointment and anger over state TV's "biased" coverage of 2009 post-election unrests in Iran. At the time, hard-line Mahmoud Ahmadinejad had been announced as the victor of the presidential election, while the two Reformist candidates believed the ballots were rigged.

Modiri criticized the hard-liners in "Bitter Coffee," all the while enjoying a good relationship with Ahmadinejad. In 2010, Esfandiar Rahim Mashaei, Ahmadinejad's controversial chief of staff, reportedly paid a visit to the location of Modiri's series — an unusual act for a top official who indicated that the two men had a good relationship.

After a period of absence, Modiri returned to state TV with "Dar Hashieh" ("On the Sideline") in 2015, but he failed to gain as many viewers as his previous TV series had.

Modiri started in 2016 “Dorehami," his current talk show that mostly consists of Modiri's stand-up comedy routines. In the run-up to the 2017 presidential election, when hard-liners were striving to win the election against moderate Rouhani, Modiri repeatedly attacked the president and Zarif. Without naming Zarif and Rouhani, Modiri once accused them of being "compromisers" and "seeking their own interests" while they were under pressure from hard-liners for inking the 2015 nuclear deal with the West.

"Mehran Modiri entering political and social issues is not accidental. This is the demand of [state TV senior managers]," wrote Iran daily on April 6, adding that if Modiri doesn’t follow the orders, he will be excluded from state TV like many others, including soccer TV host Adel Ferdosipour who was fired from state TV's Channel 3 when his programs exposing corruption on the football scene raised the ire of politicians and state TV alike.

The controversies surrounding Modiri are all rooted in his political favors to hard-liners, and since state TV is controlled by hard-liners, it is likely that — as in the past — Modiri will surely survive this heated ballyhoo.