Iranian versions of "Who Wants to be a Millionaire" and "America's Got Talent" are now on state TV, but seem to draw more criticism than ratings. 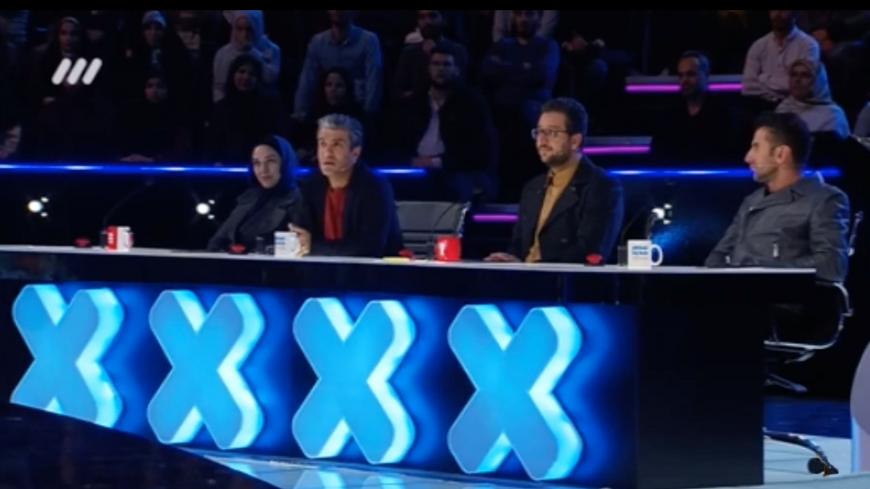 In recent years, state TV has lost many of its viewers for different reasons. The public broadcaster, controlled fully by hard-liners, is often accused of not being objective in its coverage of political, social and economic news, with constant railings against Reformists and moderates. Entertainment shows are almost nonexistent and popular hosts often risk falling under the axe of the management.

According to a 2018 survey conducted by the Iranian Students Polling Agency, affiliated with the state-run Academic Center for Education, Culture and Research, 30% of the youth ages 18-25 do not watch state TV channels at all. Another 2018 survey by the same group reported that 46% of Iranians have no trust in state TV news reports.

In a move to attract viewers, state TV directors first launched the Iranian version of the American game show "Who Wants to be a Millionaire" in August 2018. In an even bolder move, it launched in February a show called "Asre Jadid" ("New Era"), a copycat of "America's Got Talent." The talent show, hosted by Ehsan Alikhani, also has a star-studded jury and a similar decor to the American version.

Just like the original shows, both Iranian shows give a pivotal role to celebrities who had previously never set foot in state TV studios.

Explaining the reason for creating "Asre Jadid," Mohammad Yamini, a senior member of the show's executive team, told YJC, a website affiliated with state TV, on Feb. 23, "Many people are talented, but somehow we do not see them, either because they are not near to Tehran or for some other reason. So we decided to give everyone a fair chance. … I think that the mission of the program is worthwhile.”

Some journalists and critics, however, have attacked the national broadcaster for duplicating Western shows. On Feb. 21, film critic Reza Dorostkar wrote in the government-run newspaper Iran that "Asre Jadid" is a superficial duplicate of an American show. “The biggest problem of state TV is the significant loss of viewers, and to compensate for this they have [asked for the help] of celebrities instead of going after intellectuals,” he said.

Another critic blamed the hard-liners for being inconsistent. State TV and its managers are not even consistent with their anti-Western views and have no trouble deviating from them if they can secure a larger audience, Reformist Entekhab news site argued in an editorial Feb. 23.

Other media organizations are waiting to see how this “new era” in state TV turns out. Reformist Hamshahri asked the critics to give "Asre Jadid" more time, so that it can take other bold broadcasting decisions and “break more taboos.”

Meanwhile, IRNA news agency questioned the show for its unequal gender representation. "In the successful foreign versions, women have a major share in this [show], but … due to religious and ethical issues it is not possible for women to have a strong presence in such shows [in Iran], which means limiting this part of society and, in fact, reducing the participation of women in the competition and in the audience. The presence of actress Roya Nonahali [in the four-member jury] may also be only an action designed for copying [the Western versions] fully — otherwise the atmosphere of the program is designed to make women less influential than men,” wrote IRNA Feb. 17.

"Be the Winner," hosted by popular celebrity Mohammad Reza Golzar as the Iranian version of "Who Wants to Be a Millionaire," is equally controversial.

When the show came out last year, Hossein Fordrou, a producer, slammed it for copying a show "that is not even popular in [the US] anymore,” calling it a sign that the producers are lagging behind.

Conservative Tasnim news agency took a swipe at the game show’s questions. "If the intention and purpose of the show is an attempt to raise the level of knowledge, awareness and public perception in society, a show like this with such quality has the opposite effect [because of its low-level and superficial questions],” wrote Tasnim on Aug. 26, 2018, questioning the rationale behind the show.

It seems that celebrities are the most excited with the new shows. Golzar has acknowledged many times on TV that he is honored to be the host of the Iranian version of a show that has been broadcast in more than 140 countries.

He also boasted publicly that his presence has increased the ratings of the state. When receiving the state TV's award for best host, Golzar said March 14, "I'm happy that my presence on national [TV] has increased viewership, and I'm expected to be on TV [for years]."

The two shows indicate that the state TV's top managers — chosen from among the new generation of hard-liners — are ready for a new era in public broadcasting. But it also shows a dilemma. In order to influence audiences and advance a political agenda, state TV needs to have an audience in the first place and this can only be accomplished by enhancing and focusing on the entertainment dimension of broadcasts.