What made this Iranian TV host lose his job?

A young state TV host is fired from his job after he criticized one of the most outspoken cinema critics of Iran. 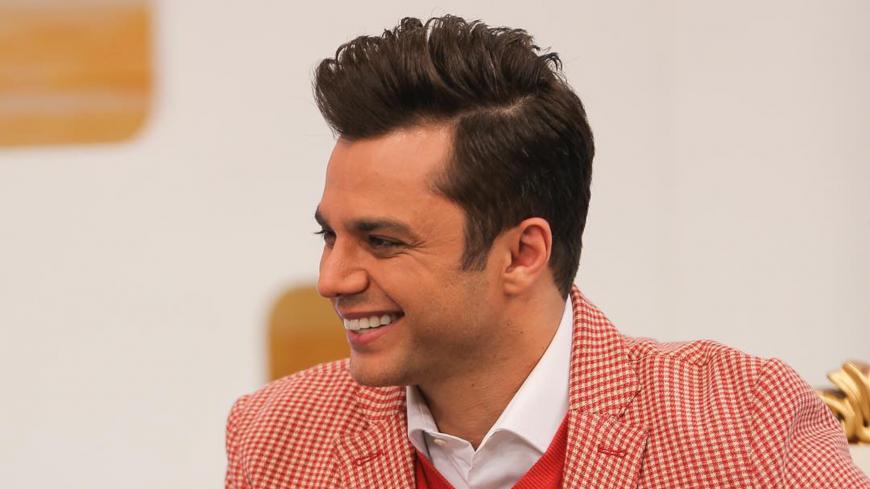 Arash Zellipour, the now dismissed host of the popular Iranian show "I and You." Posted June 11, 2018. - Instagram/arashzellipour

Name-calling and thinly veiled insults on the screen are no novelty for Iran's state broadcaster, but a recent feud between the country’s harshest film critic and a sharp-tongued talk show host has spilled to other media outlets, causing the show to go off-air.

The controversy started Nov. 30, when Arash Zellipour, the young TV host of “I and You,” a one-on-one interview show, decided to take on Masoud Farasati, arguably Iran’s most-feared film critic.

It was far from a soft encounter between the elderly critic, with horn-rimmed glasses, a long beard and deliberate slow speech, and the younger host. With a wave of his hand, Zellipour interrupted a long explanation by Farasati to suggest that the critic’s critiques had more to do with his own ego than with Iranian cinema.

“You are not as influential [on Iranian cinema] as you assume. You keep saying, 'I' and 'I' and 'I,' and you just seem to be too fond of yourself,” Zellipour said, questioning whether Farasati’s remarks on films "contributed at all” to Iranian cinema.

Farasati wanted to respond, but Zellipour kept interrupting him. So the critic, a well-known TV personality himself, simply stormed out of the studio with the words, “With all due respect to me and your audience … I finish [my presence here]."

As the short video of Farasati’s departure went viral in mainstream media and online, many sided with Farasati and expressed outrage over Zellipour’s "impolite" tone toward him.

Farasati’s fame is largely due to his regular appearance in another state TV program — “Seven.” Since 2010, "Seven" is hosted by director Fereydoun Jeyrani, but it is essentially Farasati who grabs attention with his razor-edged remarks in a style that combines high-handed criticism with street-style vulgarities.

Five years later, Farasati directed his ire to a number of Reformist directors, accusing them of being "cultural cuckholds” — to imply that they had no regard for Iran, their homeland and did not care if their films showed Iran in a bad light to an international audience. The remark made him even more of a favorite with the hard-liners, following his tongue-lashing a year earlier toward outspoken Reformist Sadegh Zibakalam during a debate, calling the Reformist university professor "illiterate" and "cheap.”

Farasati, born and raised in Tehran, speaks English, French and Italian, and has studied philosophy, visual arts and economic and political sociology in Italy and France. He was arrested in the 1980s for being a leading member of a "Marxist" group and sentenced to death, but had escaped it by "repenting.” While in prison, he turned his back to Marxism and adopted an Islamic ideology.

In a 2016 interview with Ramze Obour magazine, Farasati confirmed receiving the death penalty because he was a former “Maoist” and a member of the “Proletarian Party of Iran.” But he stressed that he never supported dependency on external powers, saying, “[This was] the left wing that was not dependent [on foreign countries]. … We were left-wingers who weren’t members of the Tudeh Party, because Tudeh members … were dependent on [foreigners] financially.”

Farasati added that he was in prison for 3½ years in the first half of the 1980s, and his views changed as he read "400 Islamic books while in prison.”

Given this background, it was hardly surprising that many hard-liners extended their support to Farasati. In a Dec. 2 article, hard-line Kayhan criticized the "disrespectful" TV host, calling for his dismissal: "Isn't it shameful that this TV host still works in [state TV]?”

But some Reformists sided with Farasati. Reformist Asr Iran news site defended Farasati for leaving the show, arguing that the tone and behavior of the host to his guest Farasati was far from polite. Fereidoun Seddighi, a veteran journalist, wrote Dec. 2 on Reformist Entekhab news site, "The interviewer should have realized that he wasn’t an interrogator, and even if he was, he should have respected the rules of the game.”

Zellipour initially responded on Instagram Nov. 30 to the criticism with further mockery under the guise of an apology: "Since you [Farasati] are older … I apologize if I wasn’t a good host, and our party wasn’t to your liking."

But the half-hearted apology did not save Zellipour from being dismissed Dec. 2. State TV offered no reason for the dismissal publicly, but simply said that his show was shelved for an indefinite period.

It was only after the dismissal that some within the cinema sector extended support to Zellipour. Actor Parviz Parastui wrote on Instagram Dec. 4 that the decision was not fair. “If the behavior of the TV host was bad, then the [past] behavior of [Farasati] was just as bad,” he wrote, recalling that Farasati has insulted many Iranian and foreign artists and directors in the past.

Hadi Qandi, the producer of "I and You" also highlighted the irony of being left without a job for criticizing a critic in the same tone. He was quoted by ILNA news agency on Dec. 15 as saying, "Neither Arash nor I intended to insult Mr. Farasati. Perhaps, [in this program] Arash's tone became similar to [that of] Mr. Farasati, but it was not our intention to insult him."

He then appealed to state TV officials to continue to broadcast the show, saying, “This show has turned into one of the brands of state TV and it would be a pity to [end] it.”

The chastened Zellipour bid his followers farewell on Instagram Dec. 15, thanking them for their support: “The last few days were full of lessons for me.”

The “lesson” was formulated by film critic Mehrzad Danesh, who wrote on Entekhab news site that while it was safe to criticize the critics of the state, it may not be so easy to criticize those who support state policies.

“Is state TV only sensitive to the disrespect against those who follow most of its policies? … Has state TV ever apologized to Mr. Kamal Tabrizi and Mr. Masoud Kimiai for the statements of Mr. Farasati [against them], and has it ever punished the managers of the program ['Seven']?” he asked rhetorically.