Iran’s state TV, which is facing a crisis over viewership since some of its best directors walked out, has found a strong rival in the home video network. 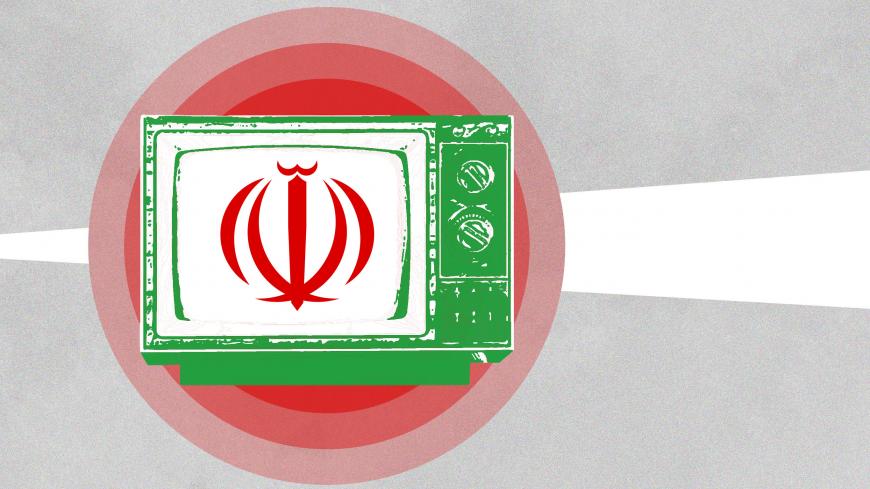 Islamic Republic of Iran Broadcasting (IRIB), Iran's state TV, has the sole monopoly over domestic radio and television services and is independent of successive Iranian governments. The head of IRIB, who is appointed by Supreme Leader Ayatollah Ali Khamenei, is currently Abdulali Ali-Asgari, a conservative known as “the father of digital TV in Iran” for turning the analogue state TV into digital. The huge public corporation runs around 50 foreign and domestic channels and 42 radio stations, as well as a newspaper and a news agency.

When it comes to making TV series, IRIB is the only corporation that is authorized to broadcast them, as there are no other TV channels apart from those owned by IRIB. Therefore, directors and producers have had to endure the limitations, censorships and strict policies of IRIB. For instance, on April 6, sports broadcaster Adel Ferdosipour’s remarks in a show called “Dorehami” ("Gathering") in favor of allowing Iranian women to watch soccer games in stadiums were edited out. Similarly, a scene from the comedy series “The Capital” showing the leading actor with his lover on the deck of a ship in a parody of the famous scene from "Titanic" was cut out with no reason given. IRIB has also blacklisted several actors, including Fatemeh Motamed-Arya and Baran Kosari, for their political views.

Due to censorship and strict policies, directors and actors are gradually looking to enter a less restricted platform such as the "home video network," a government-run initiative under the supervision of the Ministry of Culture and Islamic Guidance that offers DVDs of films and series to viewers. Before making a film or TV series, directors must get permission from the ministry; the DVDs of these productions are then sold at newsstands and stores across the country.

Many of the directors and actors who migrated to the network in the last decade were those whose political views differed from IRIB — a divide that worsened following the 2009 disputed election that led to the victory of former hard-line President Mahmoud Ahmadinejad. Following the election, several artists declared that they would no longer work for IRIB, which harshly attacked the Reformist candidates who believed the ballots were rigged.

But the political stance of the state TV in favor of hard-liners cost it more than artistic talent. The viewers, who thought that it was no longer “the national TV” as per its slogan, stopped watching. Based on a 2016 survey conducted by the state TV, approximately 20% of viewers decided to no longer watch the state TV following the events in 2009. According to the same report, the viewership did not recover after 2009, as the number of IRIB viewers has increased only by 2% across Iran since then.

Although the home video network was established in 1993, its rise started around 2010, against the backdrop of the public’s disenchantment with IRIB. With the liberties accorded to producers, the network became a serious rival of IRIB, particularly in TV series that were perceived as more original and less ideological. Comedian Mehran Modiri was one of the first directors who produced a series, titled “Bitter Coffee,” for the network. The series, distributed between 2010 and 2012, earned 42 billion toman ($10 million) in sales.

By 2017, many of the producers were openly saying that the home video network had got the upper hand as far as a series was concerned. Behrooz Mofid, a producer who previously worked for IRIB, told a film website in October 2017, “The fact is that IRIB has lost the game competing with the home video network. The state TV managers should accept this without trying to put the blame on others. The screenplays of the TV series are repeating themselves.”

Director Manouchehr Hadi was quoted as saying by an Iranian news website in May 2017, “State TV is showing films and series for its viewers without charging them, but the viewers have turned away from them. Why? Because the censorship ruins the series.”

The rivalry and the ideological differences between IRIB and the home video network is acutely demonstrated by “Shahrzad” — a series that is now in its third season on the home video network. Acclaimed actors Shahab Hosseini, Ali Nasirian and Taraneh Alidoosti appeared in the series. "Shahrzad" turned out to be a hit, due to a compelling family saga and love story that took place after the US-backed 1953 coup in Iran, which led to the overthrow of Prime Minister Mohammad Mosaddegh.

Besides the fast-paced and intrigue-filled screenplay, the locations chosen, such as the 1950s clubs and casinos where alcohol was consumed, were new to the viewers. “Shahrzad” director Hassan Fathi was quoted by the local media in 2016 as saying that the series was popular because it gave an honest account of the period, rather than a staged one. “We should learn not to lie to the public. We should be honest and respect people, and we should realize that viewers' understanding of social and historical issues goes much deeper than some [IRIB] history genre directors assume.”

Reformist news site Fararu wrote in 2016, “The success of 'Shahrzad' is due to its ability to narrate history [in a way] that is not welcomed by the state TV, but is welcomed by the viewers.”

Unsurprisingly, IRIB is not happy with the home video network, and especially “Shahrzad.” Newspaper 7 Sobh reported that the state TV channels have been banned from inviting “Shahrzad” actors on their programs. The IRIB channels also refuse to broadcast any advertisements related to the series.

In 2015, the state TV’s newspaper Jaam-e Jam published a report attacking the home video network, arguing, “Showing scenes with alcohol consumption, some inappropriate dialogues, women dressed in improper outfits and [other] ethnicities being insulted … have made the state of the home video network worrying. There is a need for more serious oversight by the Ministry of Culture and Islamic Guidance as the organization [behind] it.”

Despite the popularity of the home video network, portraying itself as a rival of IRIB, it faces an imminent problem: the violation of copyrights. Many websites have uploaded the network's series and are offering them for free to the public, an issue that should be resolved before it has a negative impact on the industry and endangers the network's future.