How Iran’s 'justice shares' impede state divestment from the economy 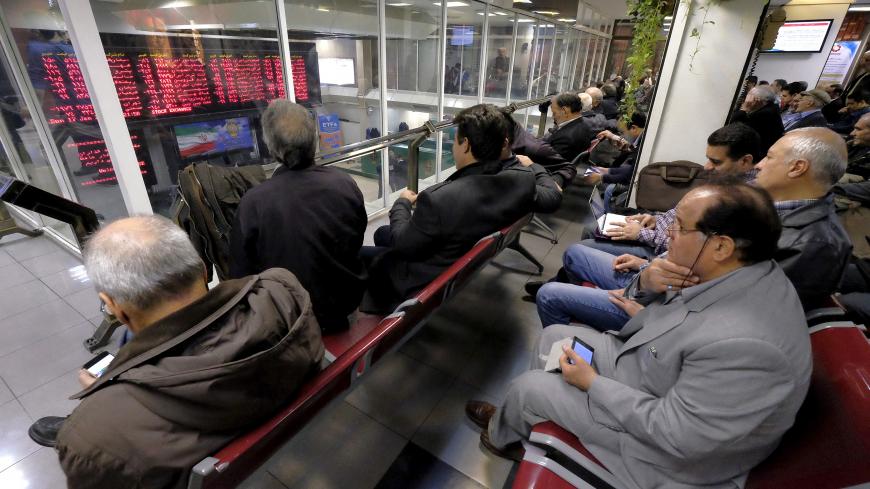 Iranian investors monitor an electronic board at the Tehran Stock Exchange, Iran, Jan. 17, 2016.

In the 40 years since Iran’s Islamic Revolution, consecutive Iranian governments have pursued social justice as a key policy principle. The distribution of so-called justice shares, beginning almost 12 years ago, is one such example of a populist policy that had been promised to underprivileged Iranians under mass privatization programs. The aim of the justice share program was to distribute stocks of state-owned enterprises that could yield dividends to millions of poverty-stricken families. Although some meager dividends have been paid to justice share owners, those who subscribed to the scheme are not yet the direct shareholders, as initially intended. This is chiefly due to the program’s multiple inherent complexities, including legal, technical and operational impediments.

According to data posted on the Justice Shares Information Center website, more than 47 million Iranians own justice shares. The number of state-owned enterprises that were supposed to be privatized under the justice share program is now 49, down from 60.

These enterprises are valued at almost 918 trillion rials ($21.8 billion). However, most of them are not currently profit-making and consequently do not pay dividends. Had the justice share scheme not been ill-devised from its early stages, such shares could have been utilized as a security in the Tehran Stock Exchange for trading and investment. But since non-economic incentives were behind the implementation of the program, justice shares are not yet tradable.

Interestingly, the head of the Securities and Exchange Organization recently announced that exchange-traded funds (ETFs) will eventually enable the trading of justice shares on the Tehran Stock Exchange. But this raises questions about who will assume ownership of the preferred units of the ETFs; e.g., will government-affiliated agencies continue to manage the ETFs and exert their influence in order to retain their majority voting rights in the ETFs’ underlying assets?

According to Article 44 of Iran’s Constitution, and specifically its section six, which pertains to the distribution of justice shares, direct state involvement in ownership or management of its underlying assets is prohibited. However, it appears that the government has been negligent of its obligations under the law, which clearly objects to state dominance over the economy and rather favors privatization.

Mindful that the ultimate goal of privatization is to increase efficiency, productivity and create sustainable employment, the outcome of the justice share program thus far has proved to be the contrary. Appropriate privatization encourages investment of natural or non-state legal persons in economic projects or entities and allows them majority shareholding to control relevant enterprises. In contrast, transferring ownership of companies while government control remains does not constitute real privatization, but rather a simple ownership transfer. The latter has been common practice concerning privatization in Iran over the past decade.

In Eastern Europe and the former Soviet Union — namely, countries that opted for coupon privatization — the authorities wrongfully considered the key to improving economic conditions to be change of ownership. The Chinese, however, chose to focus on improving healthy competition as the solution to economic expansion. The ultimate outcome of these policies is clear: an absolute disaster for the former Soviet Union, while China has undergone an economic miracle in past decades.

The Chinese cut back barriers to private sector participation in the economy, improved the business environment and finally provided a platform for the growth of the private sector. Thus, they reduced the state's share of the economy and unveiled a new form of a non-state economy. On the contrary, Russia and its satellites began to privatize their economies, supposedly transferring ownership of state-owned firms to ordinary citizens. But, in fact, elites hijacked public property in the guise of private sector management. Their political networks — tied up with wealth accumulated after the privatizations — only reinforced their monopolies and restricted competition.

Against this backdrop, the supervisory and executive bodies established under the justice share scheme in Iran appear to have been abused by relevant trustees or administrators for their own personal advantages in past years. Indeed, these underperforming institutions have been converted to platforms for the membership of government officials or their close circles in boards of directors of the enterprises subject to privatization programs.

For instance, according to parliamentarian Mohammad Reza Pourebrahimi, head of parliament’s economic commission, the justice share scheme is effectively controlled by a “250-member mafia” that is not held to account for its actions, he told the state broadcaster in December 2016. This “mafia” is said to manage enterprises in the justice shares’ portfolio. Pourebrahimi alleged that part of the corruption in these enterprises ironically emanates from lack of oversight of the entity tasked with overseeing the whole scheme in the first place.

As such, the distribution of justice shares has severely impeded genuine privatization of state-owned enterprises while also failing to transfer equity to holders of such shares. Mindful of the latter, it is clear that if the ownership of enterprises is changed while barriers to real privatization remain in place, it will only result in a situation in which fair and healthy competition is obscured in the Iranian economy. Under such circumstances, more monopolization and downward competition awaits the business climate in the aftermath of the implementation of the justice share scheme. This condition makes a transition to an open economy even more difficult and adds to the complexity of the already troublesome economic issues in Iran.