While the extent of the recent floods in Iran would have been difficult to manage for most countries in the world, the impact of mismanagement on the part of the Iranian authorities has been so extreme that the disaster has been referred to as “man-made.” 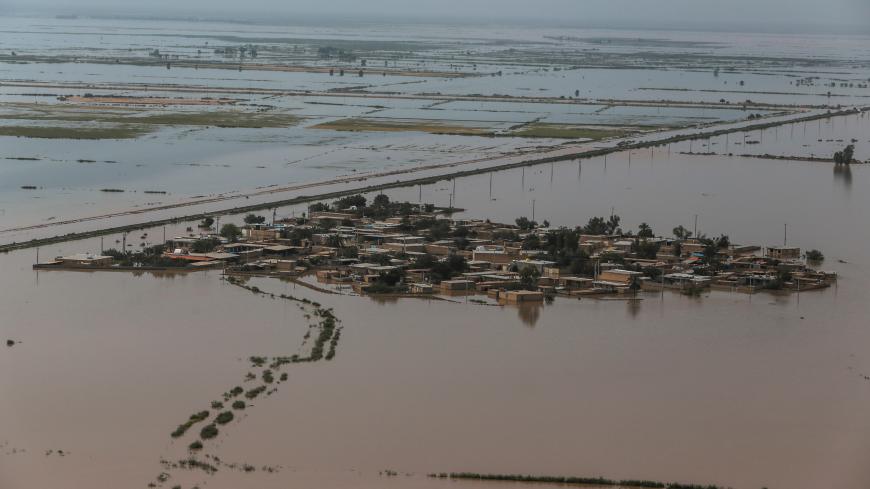 Poor crisis management in the aftermath of the recent floods in Iran has highlighted the weaknesses of management in the country. In fact, deficiencies have become apparent on all levels — whether it's crisis prevention and management, or lack of coordination and clarity of responsibilities among various state organs. But before discussing some of the shortcomings, it is important to underline that the extent of the recent floods would have been difficult to manage for most countries in the world — and that disaster-related damages would have indeed been inevitable. Having said that, many experts have opined that the floods could have been managed more efficiently and the impact of mismanagement has been so extreme that some experts have called these floods a man-made disaster.

Prior to the flooding, commentators argued that Iran had developed a strong sense of crisis management as a country that had faced numerous and regular natural disasters. Nonetheless, the recent failures have pointed to important deficiencies that need to be addressed.

A 2014 report from the Iranian National Disaster Management Organization found that “Iran has developed an effective and internationally recognized disaster preparedness and response capacity at the national and local levels, but disaster prevention and risk reduction are areas that will require extensive longer-term efforts as well as multi-sectoral and multi-stakeholder planning in development sectors such as health, education and urban planning.” It added, “At the same time, comprehensive concepts and standards of risk reduction — which include social dimensions and physical aspects of disaster prevention — can be further improved.”

The above statement captures the key problems in crisis management that also connect directly to some of the governance issues in Iran.

Acknowledging the need for greater coordination between diverse stakeholders, Iran created the National Disaster Management Organization (NDMO) in 1999 as a sub-organization to the Ministry of Interior. The authority and responsibilities of NDMO have been subject to legal revisions many times since its inception. Nonetheless, by the admission of many experts, the organ has been inefficient in managing various disasters (earthquakes and floods), partly due to legal ambiguities and partly due to mismanagement. For example, a bill defining the framework for cooperation of diverse organizations in a disaster situation has been stuck in parliament for almost three years. Furthermore, the law to create a fund for compensation of disaster victims, which was passed in 2016, has yet to be implemented, mainly because the government and parliament cannot agree on how to allocate resources to this fund. The planned fund was supposed to act as insurance against natural disasters, but it is still waiting for the relevant resource allocation.

In this example, one can identify the pattern of inefficiency: Various state organs cannot agree for years about how to allocate resources to a specific fund. Then, when the crisis emerges, within days, a decision is made to allocate resources from the National Development Fund to pay compensation for damages. There is no doubt that resources would have been used more efficiently in a dedicated fund. It is likely that some of the funds that are released within a crisis mode are exposed to corrupt dealings within state organizations.

The most alarming realization in assessing the performance of Iranian authorities in managing disasters is the complete lack of coordination between various institutions. Consequently, President Hassan Rouhani and other government officials criticized and blamed state institutions such as the Islamic Revolutionary Guard Corps for their actions instead of taking responsibility for their own failures. Rouhani even criticized the Iran Meteorological Organization — which itself is part of the administration — for failing to produce accurate weather forecasts. However, a review of the alerts and announcements by the meteorological organization in the week prior to the floods underlines that heavy rains had been forecast and that other entities such as provincial governors, municipalities, NDMO, etc., had failed to operationalize that information.

In a responsible government, such incompetence should have compelled the minister in charge — Minister of Interior Abdolreza Rahmani Fazli — to resign. However, in this case, not only did he not resign, he also failed to dismiss any of the incompetent provincial governors, forcing First Vice President Eshaq Jahangiri to interfere and dismiss the governor of Golestan province.

This lack of coordination and the continuous sense of competition between state institutions and individuals alike have also contributed to this recent disaster on a different level. President Rouhani referred to deforestation and disregard for river zones as a main cause for the severity of floods hitting urban areas. Parliamentarian Parvaneh Maafi, who represents Tehran, has also pointed to the lack of attention to managing river banks as a main cause of the situation. The issuance of licenses for construction on river banks as well as on dried-up river beds has been identified as one of the factors contributing to these floods. Once again, corrupt practices, rent-seeking and ambiguity in institutional responsibilities have harmed the Iranian economy.

Beyond the inefficiency of the interaction between various state organizations and the executive branch, entities such as NDMO are incapable of putting in place a comprehensive operational strategy. Like in many other state organizations, the focus is on a theoretical framework that has limited application when disasters actually happen. One study on Iranian hospitals has shown that “having a crisis plan and crisis committee without being familiar with knowledge of crisis management, do not help managers to cope with crises.”

What remains is spontaneous and disorganized reactions by state and society alike, which produces a patchwork of damage repair without really improving the situation or logical preparation for the next disaster.

As such, Iran continues to face inherent weaknesses that are mainly caused by a governance system that suffers from over-reliance on institutions that may not be ready to fulfill their responsibilities, a lack of coordination between state institutions, short-termism and legal and structural ambiguities. These shortcomings are aggravated by the failure to allocate resources efficiently, which continues to ruin the foundations of the Iranian economy. It remains to be seen whether the Iranian authorities have learned some lessons from these recent floods and whether constructive steps will be taken in managing future disasters more efficiently.