Iran can move beyond its current half-hearted decentralization strategy by clustering its provinces, thus pooling the resources of diverse regions and rationalizing infrastructure investment. 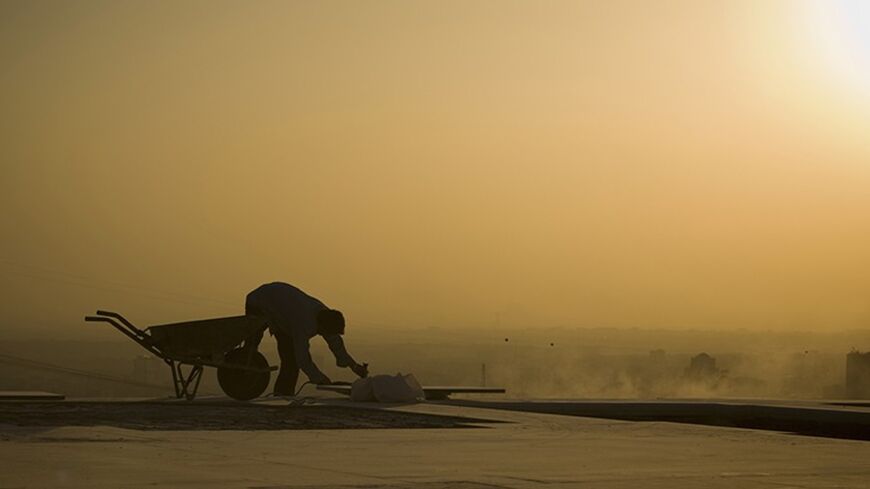 The sun sets as a laborer works on the grounds of Tehran's Milad Tower, Oct. 19, 2010. - REUTERS/Caren Firouz

On May 10, Iran’s Interior Minister Abdolreza Rahmani Fazli proclaimed that his ministry had established a working group to review the potential of dividing the country into new administrative regions. While announcing this task, Rahmani Fazli underlined that this work “would not mean that the current administrative structures would be unsettled.”

In February, the Majles Research Center (MRC) published a report stating: “The current administrative structures in Iran are an inefficient framework … which not only have not contributed to the country’s development, but have caused an imbalanced development pattern.” In that report, the MRC produced a number of recommendations that focused on decentralization and the creation of new administrative regions based on economic, geographic, cultural, political, social and historical parameters.

The discourse had started in December 2013, when the government proposed an amendment to the 1983 law on administrative structures. These debates have now led to the proposal by the interior minister to introduce new administrative regions. The government seems to be planning the creation of new regions in consideration of “cultural, social, economic and security parameters.” Current provinces would be clustered together and regional governance structures would be created and according to the minister, “some of the government responsibilities would be transferred” to them. Rahmani Fazli outlined, “If instead of having five or six provincial governors, we would have one regional governor, that regional governor could participate and contribute to decision-making on a national level.” Furthermore, the interior minister pointed to the imbalances in the country’s regional development, which he sees as a consequence of the current administrative and governance structures.

This is evidently an encouraging sign of theoretical steps toward decentralizing political power in a meaningful way. In fact, for decades, experts and intellectuals had criticized the existing division of the country along ethnic lines as counterproductive in decentralizing power, creating competition between ethnic groups as opposed to administrative regions.

Presently, the distribution of infrastructure budgets in Iran is subject to major bargaining and competition between Iranian provinces, a major institutional hiccup in the management of the country.

The creation of new provinces in the past two decades has in fact increased this institutional deficiency and right now, the central government has to deal with 32 different provincial governors, most of whom are too minor to have any impact on national politics and to be engaged in national decision-making processes. As such, provinces have been reduced to administrative structures that are dependent on the central government with little decision-making space or room to address the strategic needs of their region.

While the government is now looking for ideas and concepts for implementing meaningful change in the country’s territorial/administrative/provincial divisions, Iran’s intellectuals had already addressed this issue in the past two decades. During the government of former President Mohammad Khatami, the Interior Ministry worked on a number of studies that focused on the theoretical concepts of decentralization, de-concentration and federalism. However, Iranian politicians have always had a negative perception of federal structures, hence the focus on decentralization that led to the creation of local and provincial councils. The first local council elections were held in 1999 and so far, four such elections have been held and a certain degree of decentralization has taken place in terms of local decisions and responsibilities. Nonetheless, the logical and legal continuation of that approach, the independence of provincial governors from the central government, never took place.

Consequently, what Iran has today is a half-hearted decentralization in which the relationship between the decentralized entities and the central government is only based on budget and resource allocations as opposed to a two-way legal and administrative framework within which responsibilities and resources (including tax collection) could be divided.

There is no doubt that reform of the country’s administrative structures will redistribute the power of today's centralized institutions. Consequently, it is conceivable that there will be opposition to such a process in different corners of the existing power structure. Evidently, administrative structures directly affect the state as a coordinated and integrated legal and political system and its relationship with its administrators, bureaucrats and hierarchies. Any administrative reform that would disrupt the existing legal-political order will be viewed as counterproductive and rejected by bureaucrats.

That is why it will be crucial to look at the potential impact of the new structures on economic development on a regional and national level. The long and costly political process of change would be more attractive to various power centers if they are convinced that a clustering of provinces will lead to greater development opportunities for the region and for the nation. Considering Iran’s diverse base for different economic sectors (such as agriculture, energy, industry, tourism and services) an intelligent clustering of provinces will certainly unleash new economic potential and prevent multiple infrastructure investments.

Clustering Iranian provinces would pool the resources and capabilities of diverse regions and pave the way for a rationalization of infrastructure investment. In fact, one of the reasons that Iran has such a host of unfinished projects is that each province insisted on having its own dedicated projects — sometimes in parallel and without real economic justification. For example, the country has too many airports, some of which are only used occasionally.

Interestingly, the establishment of an “economic federal system” was one of the campaign promises of former presidential candidate Mohsen Rezai, who has been the secretary of the Expediency Council since 1997. This promise attracted a number of provincial business communities to his discourse.

The fact is that a well-planned and implemented strategy to cluster Iranian provinces will not only unleash new economic opportunities in the country, but it also has the potential to reverse the current migration trends from the provinces to Tehran and other large cities. What the provincial population is looking for in large cities are job opportunities as well as educational and health services. If new administrative structures empower the regional governments to provide similar economic and socioeconomic opportunities, then the migration flows will shift.

The critical factor will be to engage all key stakeholders, convince them that the process will be worthwhile in the medium term and to draft and implement a workable plan. As such, the government should engage in a detailed study of similar experiences in territorial/administrative division using countries with cultural, historical and sociological similarities to Iran as a benchmark. Multi-ethnic Islamic countries such as Malaysia and Indonesia may prove useful cases for study. Furthermore, the government may wish to test the new proposed structures through parallel systems instead of fully dismantling the old administrative relationships between the central government and the existing provinces.