How Rouhani can combat corruption in Iran's budget

The Rouhani administration’s shift toward performance-based budgeting could pave the way for a parallel reduction of corruption along with better addressing of grievances. 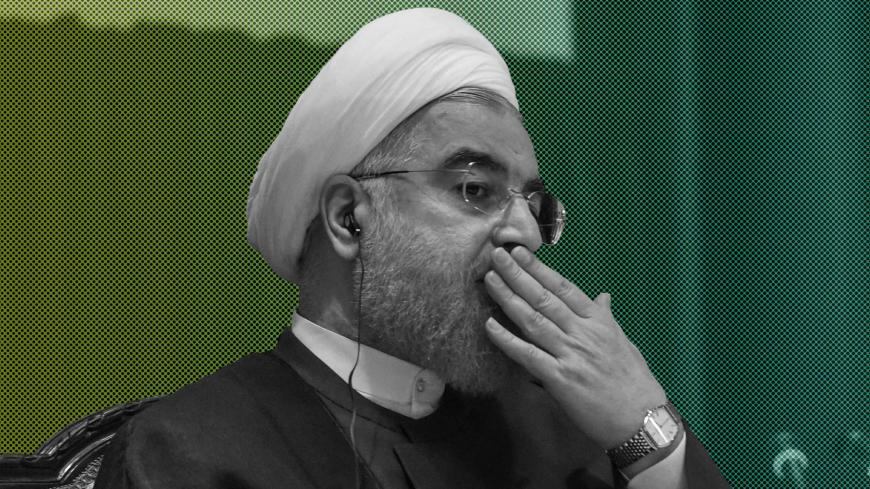 A full appreciation of the root causes of the recent protests in Iran requires deep and concise analysis of the socio-economic and socio-political realities in the country. Notwithstanding, even prior to these protests, there were enough signs to recognize a certain degree of discontent about the level of social and economic injustice in Iran. Besides the income gap, the phenomena that have fed that sense of injustice have been corruption and mismanagement. In fact, the televised debates of the presidential candidates ahead of the May 2017 elections provided enough evidence of the existence of corruption and mismanagement in various state institutions. Fighting corruption has also been one of the goals of the administration of President Hassan Rouhani since first taking office in 2013. There have also been various calls in the past to draft and implement the needed laws and regulations to prevent corrupt dealings.

On Dec. 10, when Rouhani presented his new budget bill to parliament, many focused on the disclosure of information about the allocations to various cultural and religious institutions. While that transparency deserves to be noticed, there are more important nuances, especially structural reforms, that should be appreciated. One noteworthy aspect of the new budget was its reference to “performance-based budgeting [PBB],” which is one of the best tools to prevent corrupt dealings with state allocations. In fact, the author of the new budget bill, the Management and Planning Organization (MPO), was quick to highlight this important nuance. Concurrent with the presentation of the budget to parliament, MPO expert Nematollah Akbari named PBB, transparency, financial discipline and decentralization as the main features of the new budget bill. He also underlined the fact that the budget framework has been simplified and that more budgetary control has been transferred to the provinces.

Parliament member Mohammad Hosseini, a member of the planning and budget commission, has also commented that the PBB approach is the main strength of the new budget bill. Now that the bill is being debated in parliamentary commissions, it is important for lawmakers to maintain the provisions of the bill to increase the overall efficiency of government allocations.

Within state structures, PBB is an administrative methodology through which public funds are released to programs and projects based on their performance and the actual achievement of defined goals. As such, PBB allows funds to move toward projects that are achieving their goals as opposed to allocating resources to half-finished projects and programs that may draw resources without producing the desired results. The PBB system does not intend to penalize or reward state institutions or agencies, but rather maximize the use of available resources. PBB also introduces a higher degree of flexibility into shifting priorities due to new needs on a regional level. This is why the introduction of PBB makes more sense if it is accompanied by genuine decentralization in budgetary affairs.

In a country like Iran, where allocations have rarely focused on actual performance, billions of dollars of state budgets have flown into projects that have never been finalized, partly due to corrupt dealings or mismanagement and partly due to the changing nature of actual needs. The best example for such a scheme has been the Mehr housing project that started under former President Mahmoud Ahmadinejad (2005-2013), where a large segment of the original investments is unfinished, having wasted public and private investments in the process. Generally, tackling unfinished projects has always been a challenge to Iranian administrations.

According to the MPO, if the structural provisions of the new budget bill are passed by the parliament, about 34% of the national allotments will be supervised and released based on the PBB approach. This is an important first step in preventing the misappropriation of the country’s resources. Furthermore, 868 national projects have been transferred to provincial management, facilitating the regional allocation of funds and better control on the actual performance of these projects.

Looking at international benchmarks, there is ample evidence that a PBB approach can help prevent corruption and increase accountability. PBB has also been an ingredient of the United Nations Development Program’s anti-corruption initiatives in different countries. As a case study, the anti-corruption campaign in Chile is another good example where so-called performance-based incentives pushed back against corruption. However, international experiences have also underlined that the successful implementation of PBB and other programs will require strong governance structures. In fact, weak governance — especially at the local and provincial levels — may be the biggest impediment to actually use the PBB approach to fight corruption. In other words, implementing a PBB approach without the appropriate governance and supervision structures will merely create a new platform for corrupt dealings.

One smart move by the Rouhani administration would be to shift some of the supervisory functions over the performance of state institutions to the nongovernmental sector. This would allow civil society to be engaged and also reduce the likelihood of corruption in the performance assessments. In some fields, capable nongovernmental entities are already in place — such as the Society of Iranian Consulting Engineers. In other sectors, the government has to create the legal and political space for nongovernmental organizations to take shape and engage in assessing the actual performance of state institutions. This is more relevant in those sectors where the goals relate to social or socio-economic phenomena, such as the creation of sustainable jobs or providing educational and cultural opportunities to various social and ethnic groups.

The fact remains that in Iran, with its very diverse and young society, it is impossible for the central government to develop satisfactory policies and approaches for all population groups. Decentralizing the decisions on how state allotments are utilized and introducing a PBB approach will help reduce the sense of injustice among the neglected segments of Iranian society while maximizing the benefits of the resources that are available.

There is no doubt that Iran’s structural deficiencies cannot be addressed through one single budget bill, but the abovementioned structural approaches can be the most significant instrument within the current legal and political realities to push back against administrative corruption. Once the current budget bill becomes law, the government needs to make sure that the needed administrative and governance capacities are created to supervise the flow of funds based on real performance of various state and nonstate institutions. In the absence of the appropriate administrative structures and procedures, this very approach will also become a platform for corruption.