Intel: How Netanyahu is in good shape to win reelection despite trailing his rival 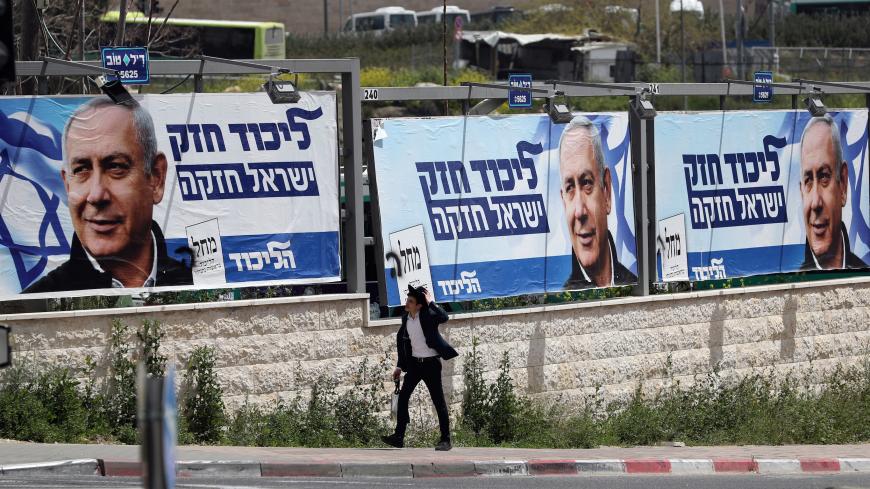 Prime Minister Benjamin Netanyahu appears to be in good shape to win an unprecedented fifth term, according to exit polls from today’s legislative elections in Israel. Early results show Netanyahu’s Likud Party trailing his main rival Benny Gantz’s Blue and White coalition by one seat, with the Likud winning 36 Knesset seats to the Blue and White's 37. But a Likud alliance with right-wing and ultra-Orthodox parties would garner 64 seats, past the 61-seat threshold needed to form a government.

Why it matters:  Netanyahu’s reliance on right-wing allies means he could have a hard time climbing down from some of his more extreme promises during the campaign, including extending Israeli sovereignty over the West Bank settlements and opposing full Palestinian statehood.

The Trump effect:  The Israeli leader’s close relationship with US President Donald Trump helped Netanyahu win at the polls but could now come at a cost. Trump helped Netanyahu package himself as a winning statesman with his decisions to move the US Embassy to Jerusalem, recognize Israeli sovereignty over the Golan Heights and label Iran’s Islamic Revolutionary Guard Corps as a terror group. But now the US president may demand Israeli concessions for his yet-to-be-released peace plan.

A short-term victory?  In July, Netanyahu will face a judicial hearing to challenge the attorney general’s recommendation that he be indicted on corruption charges in three different cases. At least one of his potential coalition partners has said it would leave the coalition if he is indicted. At that point, Netanyahu could step down to focus on battling the charges in court, leaving another coalition leader to take over. If he tries to stay in power while indicted, that could trigger new elections this winter.

What's next:  Next week, President Reuven Rivlin will meet with the heads of all parties to hear their recommendations for the next prime minister. A few days later, he will choose the one best positioned to establish the government.

Know more:  Yossi Beilin reflects on how the election has been all about Netanyahu's record on governing and his legal issues.