A relatively new Kurdish group that doesn't reject relations with Turkey is rising, calling itself the Independent Kurdish Coalition of Syria. 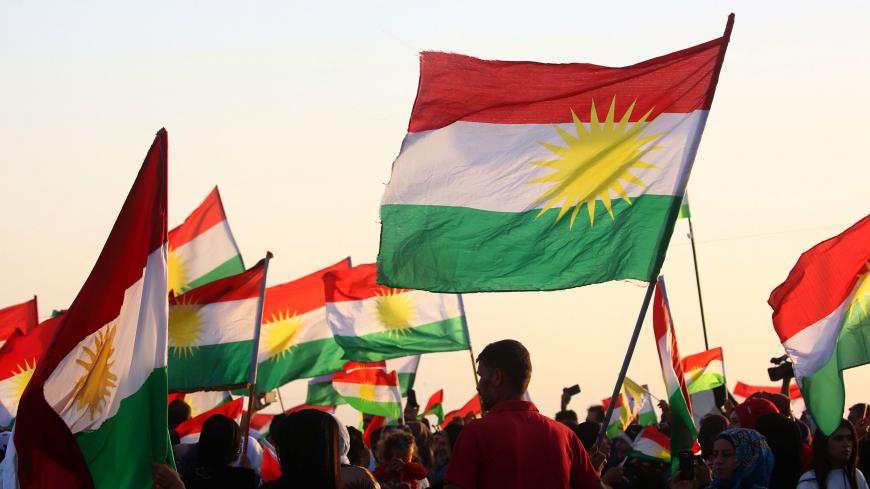 DIYARBAKIR, Turkey — An entity with clear ties to Turkey has emerged claiming to represent a segment of Syrian Kurds and calling for the ouster of what it considers to be Kurdish terrorist organizations.

Syrian Kurds typically have been dominated by two sides: the Democratic Union Party (PYD) and its armed wing, the People’s Protection Units (YPG); and the Syrian Kurdish National Council (ENKS). The YPG is thought by many to be the Syrian extension of the Kurdistan Workers Party (PKK) of Turkey, which is considered a terrorist organization by Turkey, the United States and others.

But on Feb. 23, the Independent Kurdish Coalition of Syria met in Turkey’s Mediterranean city of Mersin. The coalition defines itself not as a party or an organization, but as a fully independent initiative. Its members include notable politicians, lawyers, writers, academics and religious figures. The group, which had met quietly three times before, held its largest meeting in Turkey at the same time a potential Turkish operation east of the Euphrates River is being considered.

The coalition readily gives the impression it was created by or is at least strongly supported by Turkey, adorning its meeting hall with Turkish flags and holding its previous meetings in the Syrian town of Afrin, which is under Turkish control.

About 300 people attended the meeting in Turkey. The questions most discussed were: “Who represents the Kurds?” “What are Kurdish interests?” and “Who are their friends and enemies?” The most debated topic was the YPG and its PYD political wing. The new group shares Turkey’s views on this matter and freely describes the PYD and YPG as terrorists.

Coalition President Abdulaziz Temo said Syrian Kurds have been played like cards in hands of other countries. Speaking to Al-Monitor, he said Kurds have been looking for a solution within Syria. “We are part of the Syrian people," he said. "When the question is fully solved in Syria, our problems will also be solved, and as Syrian Kurds we will achieve our rights.”

According to Temo, Syrian Kurds are being squeezed between the capital of the Kurdistan Regional Government in Erbil, and the Qandil Mountains — the main command center of the outlawed PKK.

‘‘The Qandil group — that is, the PKK/YPG — are terrorists and enemies of the Kurdish people. They have nothing to do with Kurdish issues. They have made the Syrian Kurds their manpower source. They are shedding the blood of youngsters. They terrorize Syrian Kurds. They have killed our politicians and activists. Hundreds of activists are in their jails,” he told Al-Monitor.

Temo said the coalition has no problems with Iraq, Iran and Turkey. He believes Damascus is the Kurds’ challenge.

He doesn’t hesitate to reveal the group's close relations with the Turkish state as well.

“We have friendly ties with Turkey. We are part of the Syrian opposition [to President Bashar al-Assad] that doesn’t see Turkey as an enemy. Our problem is in Damascus. The solution is there. We want to tell Turkey that we have nothing to do with the PKK/YPG. Turkey has never fought against the Syrian Kurds but against the PKK. Our common enemy with Turkey is the PKK," he said.

“The US is working on structuring a safe zone model with a Kurdish body," he told Al-Monitor. "All of [the international actors] are in touch with the PYD in this or that way. What Turkey has to do is to talk to Kurds, including all the Kurds in Syria. To say the PYD doesn’t represent all the Kurds and that it has nothing to do with Turks isn't realistic. Turkey must talk to Kurds under ENKS and the PYD. It is a … mistake for Turkey to refuse to talk with the PYD while everybody else is talking to them."

One single group can't represent all the Kurds, he said. “Without excluding anyone speaking for the Kurds, Turkey must speak to everyone," he said. "Nobody can say, 'We are the sole representatives of Kurds, speak only to us.'”

He added, “Syria is divided into three. On one side there is the Assad regime supported by Russia and Iran, which controls the largest part of Syria. Then you have the FSA [Free Syrian Army] supported by Turkey, and finally the PYD, supported by the US. … Trying to determine the future of the Syrian Kurds issue only with those meeting in Mersin can't be realistic and functional."

The Independent Kurdish Coalition of Syria insists on a Damascus regime without Assad. This, however, doesn’t mesh with recent reports that Turkey is quietly looking into improving ties with Damascus. That contradiction casts doubt on the new coalition's ability to achieve a long-term solution.