Turkey is expanding its use of software that analyzes an exhaustive array of aspects of people's lives to determine whether they might be members of the Gulenist movement. 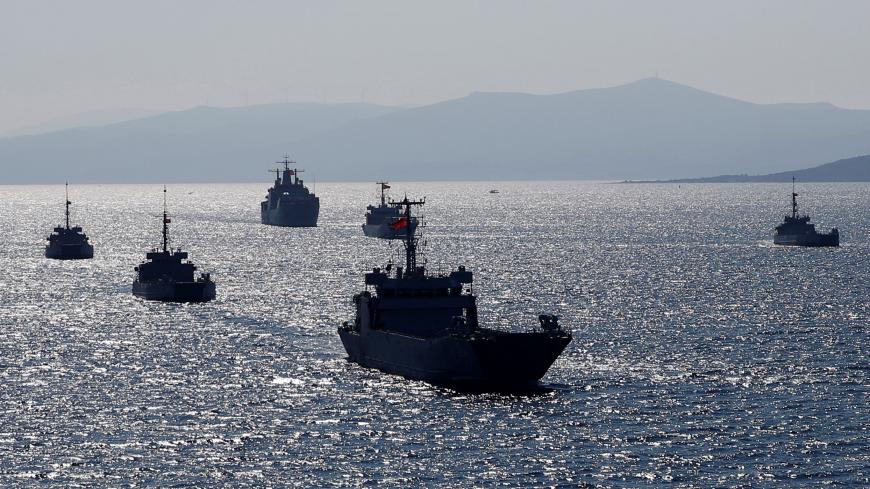 Turkey's military is getting creative in its efforts to fight the Gulen movement, which is said to have been behind the military coup attempt in 2016. This month, the army will join the navy in using an algorithm designed to ferret out Gulenists among their ranks.

The movement was founded by Turkish cleric Fethullah Gulen, who lives in exile near Saylorsburg, Pennsylvania, trying to avoid extradition. The Turkish government refers to him and his followers as the Fethullah Gulen Terrorist Organization, or FETO. It's no surprise, then, that officials have named the ambitious algorithm the Fetometer.

If one were to ask Gulenists which officer they hate most in the Turkish Armed Forces (TSK), the reply should definitely be navy Rear Adm. Cihat Yayci, who has been leading the "de-Gulenification" effort among TSK ranks. For the past year, the algorithm Yayci and his staff developed has been used to identify naval officers and noncommissioned officers allegedly linked to the Gulenist network. To manage the Yayci team's efforts, the navy established the Office of Judicial Monitoring, Research and Administrative Procedures in its Personnel Department.

Beginning this month, the Turkish army is also using the system, which hasn't been adopted yet by the Turkish air force, the gendarmerie, coast guard or national police.

The software's function is to find Gulenists who haven't yet been identified as directly linked to the coup attempt. So far, some 5,600 TSK officers were found to be actively involved in the attempt and all have been discharged. An additional 9,500 personnel were dismissed because of their alleged secret communications using landlines.

Using more than 200 criteria, an examination is made of a suspect's training, lifestyle, career, evaluation by superiors, family ties, marriage, service locations, courses attended, postgraduate studies, education of his wife and children and financial situation. These results are analyzed and each person is given a rating according to their estimated likelihood of joining an organization such as the Gulen movement.

This rating can bring about judicial investigations and also temporary removal from duty, further postings and above all, foreign postings. In other words, the new software serves as a detailed background check.

When calculating a person's Fetometer ranking, examination scores are important. It was found that after the 1990s, the Gulenist network had acquired in advance all questions on entrance exams to military high schools and academies, staff college exams and foreign language tests and provided them to soldiers the network wanted to recruit. The Fetometer measures their scores and checks for anomalies. For example, an officer whose mathematics and foreign language exam grades were very low is flagged if he suddenly starts getting high scores.

Sources told Al-Monitor on condition of anonymity that in the effort to uncover covert cells of the Gulenists in the Turkish navy, 810,000 active and retired personnel — and their first-degree relatives — were investigated using the software. About 45,000 navy officers and noncommissioned officers were determined to be likely associated with the Gulenist network and, from their disclosures, 600 secret leaders of the network were found. In the Turkish navy, 1 million GSM (global system for mobile) phone numbers were checked for ByLock connections — an online application developed by Gulenists for their internal communication. Some 1,500 people were found to be users of that program.

Investigations were gradually expanded and service members who had been using telephone lines and numbers not registered to them in their leave permits were added.

About 19 million transactions of Bank Asia, which was closed down for conducting Gulenist financial affairs, were carefully studied. Using the banking data of 10,000 navy personnel and their families, experts revealed subscriptions to the network’s publications, donations to its associations and foundations and fees paid to Gulenist schools and tutors.

There is, of course, intensive debate over the reliability and validity of the criteria used in Fetometer software. Discharged officers label the software investigations "witch hunts" and vehemently oppose their use. They claim that personal data must not be collected via simple administrative decisions, and that to analyze the data with algorithms, a judge’s decision is needed. Some discharged officers allegedly have resorted to social media accounts to openly threaten Yayci and his team.

Many naval personnel have lodged complaints that the software has led to very serious violations of their rights.

The Fetometer algorithm isn't being used by any civilian public bodies, which raises the question of why the government isn't fully implementing the software if it indeed has a reliable scientific method for finding Gulenists.

Actually, the response to this is very simple: The Fetometer uses the same rigid criteria to impose numeric protocols on all its subjects. It doesn't play favorites.

One source told Al-Monitor that the application of the software to the Turkish air force and some ministries that are suffering from serious personnel shortages could lead to new purges of tens of thousands of people. If the software were applied to the entire civilian state bureaucracy, many bureaucrats and senior officials related to the ruling Justice and Development Party (AKP) could be exposed for their affinity with the network. These people obviously wouldn't want to become targets themselves.

Although it's been almost three years since the coup attempt, it's clear the state bureaucracy hasn't yet constructed a standardized, scientific and fully legal basis for applying something like the Fetometer. That the Turkish air force, the gendarmerie and the rest of the state apparatus aren't using the software at all is the most obvious sign of a problem.

The software should be applied to all public officials or to none of them. Otherwise, Turkey’s de-Gulenification efforts become dangerously arbitrary.