Why it's so difficult to decipher the Gulenist network

Foreign media continues to be confused about the Gulen movement because of their disregard of its covert networks. 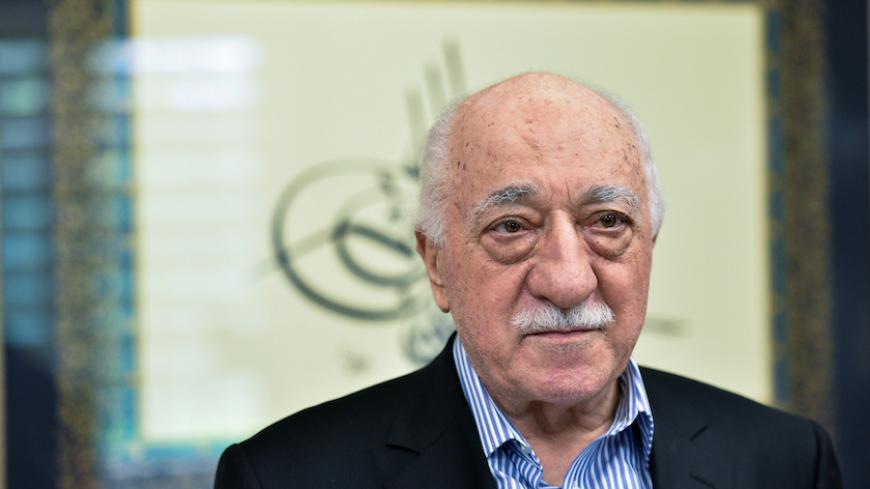 After the July 15 attempted coup in Turkey, the Gulen movement became an important item on the global agenda. The movement has been active in Turkey for 40 years and operates in 130 countries employing hundreds of thousands of people in the fields of education, health and trade with annual revenue exceeding $50 billion.

Most of the international media insist in depicting the Gulen network as an Islamic civil society organization that defends moderate Islam, advocates democratic values and that is open to dialogue with other currents, although about 250 security personnel and civilians were killed defending democracy on July 15.

The resentment felt abroad against President Recep Tayyip Erdogan must have a role in this persistent misreading of the developments. This anger and the concern that Erdogan’s authoritarian tendencies will be institutionalized in Turkey after July 15 no doubt influences the view of the Western media about the Gulen movement.

In Turkey, following the December 2013 corruption operations and the government’s sustained and well-organized media counterattacks, the public had begun to identify the Gulen movement as a "parallel state" inclined to terror. The vital question now asked is whether Gulenists are behind the July 15 coup attempt.

How can international public opinion be so misguided?

According to Kahraman Sakul of Istanbul Sehir University who spoke to Al-Monitor, the Gulenist network is based on much more complex relations. He said, “Contrary to sustained media comments, I don’t think the network model of Gulenists emulates the classical pyramid model of terrorists. The Gulen movement has transparent, overt networks of trade, finance, education, media, health and social media and secret, covert networks of military and intelligence bureaucracy.”

Until now, international opinion focused on overt Gulenist networks. But the testimonies of soldiers detained after the coup make it clear there are enormous differences between the overt and covert networks of the Gulenist movement.

In their official narratives used by overt networks, Fethullah Gulen is portrayed as an “opinion leader.” We are told that his basic goal is to spread his service worldwide, to serve global peace by doing business all over, to overcome prejudices between religions and culture, and to ensure interfaith dialogue. But what we hear from testimonies of pro-Fethullah Gulen Terror Organization (FETO) military officers, the narrative used in secret networks is quite different.

Here you are told of the coming of a global Islamic salvation. You are told to carry out instructions without questioning to achieve the sacred goal. This was their way of saying ends justify the means.

Chief of General Staff Hulusi Akar, who was taken hostage by his closest associates on the night of the coup attempt, has said he was approached by air force brigadier Hakan Evrim, who told him, “If you wish, we can arrange for you to talk to our opinion leader Fethullah Gulen,” which proved their absolute obedience to Gulen.

Soldiers in the covert networks are obliged to carry out the orders passed on to them by their civilian “older brothers.” No Gulenist in uniform knew any other officer of the same affiliation. This is best explained by the testimony of Muhammed Uslu, a civilian working in the private secretariat of the Prime Ministry who was also the “older brother” of Lt. Col. Levent Turkkan, the senior aide to Akar. We were amazed to hear how Uslu received the daily recordings of the office of the Chief of General Staff and passed them on to another civilian brother he didn’t even know.

The group that constitutes the core of the secret network would spread the unquestionable instructions to lower levels, where the only requirement was to carry them out. This blind obedience also meant that many bright Turkish Armed Forces (TSK) officers with master’s and doctorate degrees were passing on what they learned to “older brothers” they didn’t even know.

Investigations have revealed that the “older brothers” of secret networks and imams on the ground have proved their skilled use of social media for communication. In addition to live couriers, their favorite communication means were messaging applications CoverMe, which erases messages after they are read, and WhatsApp.

Secret cells of Gulenists do not operate on a hierarchical pyramid model. Their nets don’t operate on the basis of perpendicular hierarchies of command and control but on horizontal hierarchy. For example, there are reports that on the night of July 15, many generals were ordered around by colonels and even more junior ranks. An air force noncommissioned officer is said to have issued orders to generals to apprehend Erdogan.

Why didn’t this secret network succeed on July 15? Their absolute secrecy in a way was the basic cause of their failure. The coup attempt that requires coordinated actions, a common ideology, a joint operations center and a leader became a fiasco because of their addiction to absolute secrecy. Now some critical questions: