The European Parliament called on the European Union to halt membership negotiations with Turkey, citing a failure to respect the bloc’s standards on human rights, while Ankara accuses the legislators of giving in to right-wing populism. 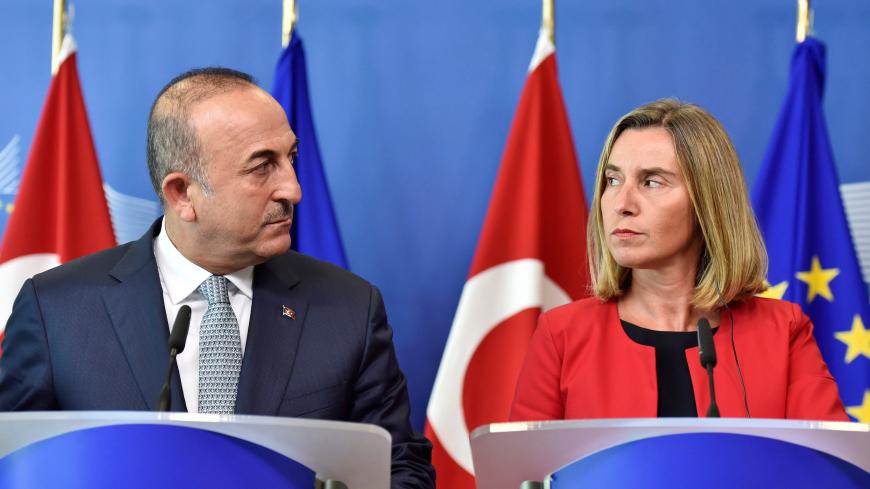 ISTANBUL — Turkey fired back at the European Parliament after it called for the suspension of membership negotiations over its human rights record, calling the resolution “worthless” and “discriminatory” and sounding an alarm about right-wing populism taking root in Europe.

On Wednesday, the Strasbourg-based assembly approved a report that said Ankara’s failure to protect rights and the rule of law and its transition to an executive presidential system last year that concentrates power in one man’s hands meant that the membership process should be frozen.

The vote is only advisory, and it is up to European governments to decide whether to shelve the talks. But it was still a sharp rebuke of Turkey, whose long-running bid to join the affluent bloc has been bogged down for years over its slow pace of reforms, a lack of a settlement on Cyprus and Europe’s reluctance to admit a populous Muslim nation. Turkey began formally negotiating its entry into the EU in 2005.

“We are concerned for the EU’s future and our common values now that extreme right and left-wing currents have begun to hold sway over the EP, turning the report into an exclusionary, discriminatory and populist text that does not reflect reality,” the Turkish Foreign Ministry said in a statement. “This advisory decision is meaningless for us.”

The measure was adopted with 370 votes in favor, 109 against and 143 abstentions. Conservative members failed to add language that went further and called for the termination of Turkey’s membership process.

EU membership remains a strategic goal for Turkey, the Foreign Ministry said, calling on Europe to improve dialogue and relations with Turkey. It also questioned the timing of the vote, noting that it coincided with another election campaign in Turkey and the eve of a key meeting taking place in Brussels after a four-year hiatus.

Foreign Minister Mevlut Cavusoglu will meet Federica Mogherini, the EU’s top diplomat, and Johannes Hahn, the commissioner for enlargement, in Brussels on Friday for a Turkey-EU Association Council Meeting, the two sides’ top decision-making mechanism. They are expected to discuss changes to the customs union that governs trade between the EU and Turkey, as well as lifting visa restrictions on Turkish citizens. The council last met in May 2015.

Ankara and Brussels have sought to repair relations damaged in the aftermath of a failed 2016 military coup in Turkey and an ensuing crackdown that has jailed tens of thousands of people. Europe is Turkey’s biggest trading partner, and it needs foreign investment amid a sharp economic downturn. For its part, Europe relies on Turkey for security and help in stemming irregular migration to the continent.

Omer Celik, Turkey’s former chief negotiator with the EU and now spokesman for the ruling Justice and Development Party (AKP), said in a series of tweets that the resolution is “null and void, worthless and disreputable."

“We return this report back to you. You may found a ‘European Museum of Racism and Islamophobia’ and hang this report of yours on its gate. So that you will remember how you surrendered Europe to racists step by step,” Celik said.

But the body insisted its vote was a defense of its commitment to basic rights and freedoms. It said in a statement that “years of severe political and democratic backsliding” in Turkey were behind its decision and accused the government of restricting basic human rights, including the role of civil society and the press. Turkey is the world’s biggest jailer of journalists and rated “not free” by Freedom House.

“If the EU takes its own values seriously, no other conclusion is possible than to formally suspend the talks on EU integration. Our repeated calls to respect fundamental rights have fallen on deaf ears in Ankara,” Kati Piri, the European Parliament’s rapporteur on Turkey who drafted the report, said in the statement.

“I realize that stopping the accession talks is not a step which will help Turkey’s democrats. For that, the EU leaders must use all possible tools to exert more pressure on the Turkish government,” she said, urging more EU funding be directed to civil society groups, journalists and human rights defenders.

Improvements Turkey has sought in the customs union, such as access to other markets with which the EU has free trade agreements and removing tariffs on Turkish agricultural products, should be conditional on Turkey improving its human rights record, Piri said.

One opposition politician in Turkey blamed the government for wrecking Turkey’s EU membership aspirations but also accused Europe of “insincerity.”

“Our relationship with Europe shouldn’t be only economic, it should include rights and the law,” said Sezai Temelli, who leads the leftist Peoples’ Democratic Party, which has seen thousands of its activists, lawmakers and mayors jailed in Turkey since 2016 on terrorism-related offenses.

“Amid so many rights violations in Turkey, so much unlawfulness, [Europe] has been … arm in arm with the government, turning a blind eye in its bargain over refugees," Temelli said. “This resolution should be corrected. Both Turkey and the EU need to rebuild relations based on justice and human rights.”