Foreign Minister Mevlut Cavusoglu said Turkey would begin exploring for hydrocarbons off the Mediterranean island in the coming days, frustrated by what it sees as Cyprus' unilateral exploitation of natural resources. 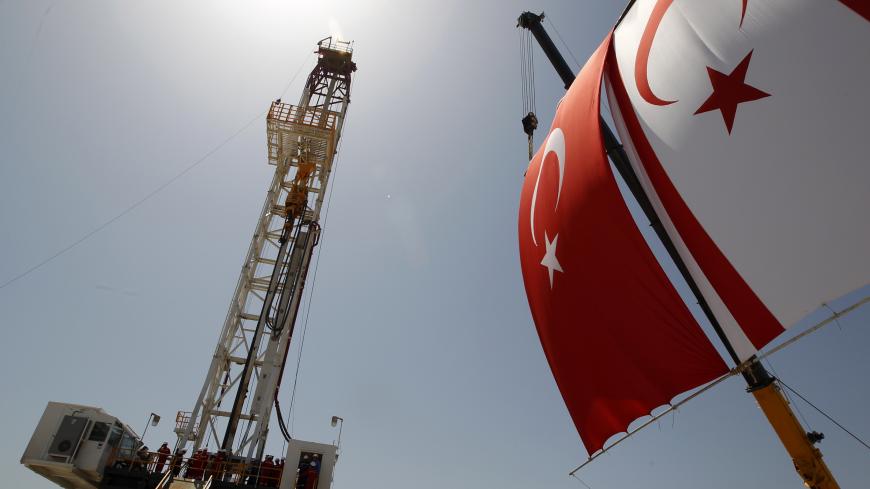 ISTANBUL — Turkey will soon begin offshore drilling near the island of Cyprus, Foreign Minister Mevlut Cavusoglu said on Thursday, risking another flare-up of tensions in the eastern Mediterranean and following a rebuke of his government from the European Parliament (EP) over a failure to resolve territorial disputes on the divided island.

Turkey has no formal relations with the internationally recognized government in Cyprus and keeps tens of thousands of troops in the island’s breakaway north, administered by Turkish Cypriots, after invading in 1974 to thwart a short-lived Greek Cypriot coup. International efforts over the decades to reunite Cyprus’ ethnic Greeks and Turks have failed and the lack of a settlement has contributed to obstructing progress on Turkey’s bid to join the European Union, to which Cyprus belongs and with which Turkey began formally negotiating in 2005.

The discovery of gas fields off the Cypriot coast in 2011 has further estranged Turkey and Cyprus, with Ankara unsatisfied with a Cypriot government pledge that any wealth obtained from oil and gas from beneath the seabed would be shared with everyone on the island. Exploratory drilling by US oil major ExxonMobil, Italy’s ENI and Texas-based Noble Energy of the Cypriot block has infuriated Ankara, and last year it dispatched naval ships to block Greek Cypriot gas exploration efforts. It has also repeatedly warned that it will hunt for gas in areas claimed by Turkish Cypriots, and in October sent ships to explore off its own coastline.

“We are starting exploration in the coming days with two ships around Cyprus. It should be observed that nothing can be done in that region without us; those companies that come to that region from faraway should realize this. We will not permit anything to be done in the Mediterranean without Turkey,” Cavusoglu told a business group.

Cavusoglu also accused the European Union of keeping Turkey “waiting at its door, without allowing it in or letting it back away, keeping it under [its] control.”

Cavugoslu’s remarks came on the heels of an EP committee’s call to freeze membership talks with Turkey over its checkered human rights record, the lack of an independent judiciary and the dispute over Cyprus. The foreign affairs committee’s Wednesday vote on the draft of an annual report precedes a full parliamentary vote expected next month. The ultimate decision on whether to continue formal negotiations with Turkey rests with the European Commission in Brussels.

Turkey shot back at the committee vote on Thursday, saying the draft report had “no legal standing” and the call to suspend talks was unacceptable. “The report’s unfounded allegations are an indication of the EP’s partisan and prejudicial stance towards our country,” the Foreign Ministry spokesman Hami Aksoy said in an emailed statement.

"We expect the necessary corrections to be made and that the final report that the EP’s general assembly will approve in March will be more factual, impartial and encouraging. Our country will only take such a report into consideration,” he said, noting that Turkey would continue efforts to persuade European officials on the merits of its transition to an executive presidential system that has concentrated power in President Recep Tayyip Erdogan’s hands.

But Turkish officials refused to meet with Kati Piri, the EP’s Turkey rapporteur who drafted the report, in October during her fact-finding mission to Turkey. Piri completed the draft report in November.

In an interview during that visit, Piri said the EP had “made clear its red line” in 2017 ahead of a constitutional referendum on the executive presidency. “The European Parliament’s position at the time was that if this new constitution is implemented … then it will have to lead to the reform or suspension of accession talks,” she said.

The EP had has also considered freezing talks over the 2016 detention of opposition lawmakers belonging to the pro-Kurdish Peoples’ Democratic Party and the arrest of more than a dozen journalists and staff members at the Cumhuriyet newspaper, one of the few media outlets critical of Erdogan, Piri said. Those arrests were part of a broader crackdown that followed a 2016 coup attempt against Erdogan.

Turkey says joining the affluent bloc remains one of its strategic goals, but its long-running accession bid has all but stalled in recent years over the dispute in Cyprus and assertions that Turkey does not comply with the bloc’s standards on human rights and freedoms.

However, Turkey has sought to repair damaged ties over the past year, especially commercial links with its biggest trading partner during a sharp economic downturn. For its part, the EU needs Turkey to enforce a six-billion-euro pact to stem the flow of refugees to Europe.

Erdogan warned this week that his government may no longer curb irregular migration to Europe after spending $37 billion of its own funds caring for the 3.6 million Syrians who have sought refuge in Turkey, making it the world’s biggest host of refugees.

“The way to resolve the migration problem that originates in Syria is not by containing refugees within our borders. We can no longer bear the brunt on our own should a new wave of migration occur,” he said at an international meeting on migration.