Whose side is Russia on in Libya?

The visit to Russia by Khaled al-Mishri, president of Libya's High Council of State and a former Muslim Brotherhood member, has raised speculation about Russian policy on a resolution for the Libyan conflict. 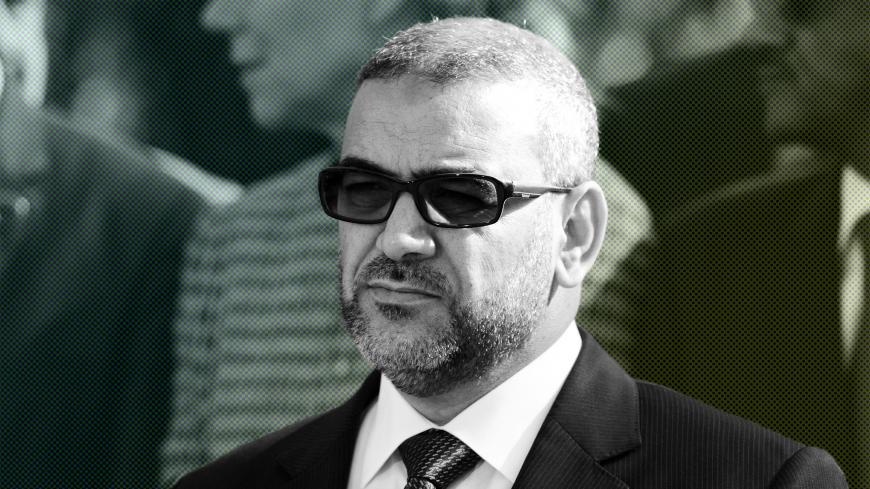 President of the Libyan High Council of State Khaled al-Mishri poses for a photo during the second day of the international conference on Libya, Palermo, Italy, Nov. 13, 2018. - REUTERS/Guglielmo Mangiapane

On March 17, Khaled al-Mishri, president of Libya's High Council of State (HCS), arrived in Moscow at the invitation of the Federal Council, Russia’s upper house of parliament, to discuss bilateral relations and ways to tackle Libya's ongoing political crisis. Mishri was received by Valentina Matvienko, speaker of the Russian council, and also held talks with Deputy Foreign Minister Mikhail Bogdanov, special presidential envoy for the Middle East and Africa. The Foreign Ministry issued a press release in which it cited Russia's support for a conference of all the Libyan parties under the auspice of Ghassan Salamé, the UN secretary-general's special representative for Libya.

Lev Dengov, head of the Russian Contact Group on Libya at the Foreign Ministry and the State Duma, denied an assertion in the Libya Observer that Russia is supportive only of Gen. Khalifa Hifter, leader of the so-called Libyan National Army (LNA), head of the House of Representatives (HoR) in Tobruk and a longtime adversary of Mishri. “Russia favors any side that is capable of positively impacting Libyan developments,” Dengov said. “The environment in the country is replete with numerous opposing camps. … As for us, we are working to help Libya agree on a single policy and restore peace without intervention in its internal affairs.”

The visit by Mishri, as head of the Tripoli-based body charged with advising the UN-recognized Government of National Accord (GNA), should be considered evidence of Russia maintaining a balanced policy on Libya. It was reported in Al-Monitor in October that Moscow was shifting away from a strategy of maintaining equal distance between itself and Tripoli and Tobruk and instead developing closer ties to Hifter, a Tobruk ally. This was symbolized by Hifter's visit to the Russian capital last November, during which he had discussions with Defense Minister Sergei Shoigu, in the run-up to the Palermo conference on Libya that same month. Since that time, there had been no significant meetings between Russian officials and Hifter's Tripoli-based opponents. Thus, Mishri trip to Moscow should serve to demonstrate that Moscow remains flexible in its approach to resolving the Libyan conflict.

One should bear in mind that Mishri and Hifter are longstanding opponents. The Hifter-led HoR does not recognize the HCS's authority over it despite the council's mandate to that effect under the Libyan Political Agreement. Also, throughout most of Mishri's political career, he has been a member of the Libyan Muslim Brotherhood Group and its affiliated Justice and Construction Party, while Hifter has opposed the Muslim Brotherhood and voiced his commitment to eradicating it in Libya. Mishri resigned from the Brotherhood in January, but has stated that he still respects the organization and defends its role in Libyan society. Of note, Russia has designated the Muslim Brotherhood a terrorist organization within its borders.

Mishri’s Moscow visit comes amid successful operations by Hifter's LNA in the southwestern Fezzan region that allowed Tobruk to assume control over the oil fields at el-Fil and el-Sharara, the largest in western Libya. The LNA has also gained sway over the strategic junctions of the trans-Saharan trade routes of al-Ghat, Murzuq and Sabha. The operation has significantly bolstered Hifter’s position on the ground and has also boosted his political standing, an outcome he had sought from the Abu Dhabi talks in late February when he met Fayez al-Sarraj, prime minister of the GNA and chair of the Presidential Council.

Meanwhile, the Military Council of Misrata, one of the largest military factions in western Libya, has rejected agreements reached in talks thus far between Sarraj and Hifter, and supporters of Libya's grand mufti, Sadiq al-Ghariani, have taken to the streets to protest against Sarraj. At the same time, Hifter has stepped up preparations for an offensive against Tripoli.

Amid these developments, Mishri traveled to Doha in early March to secure Qatari backing for Tripoli. Sarraj had preceded him with a visit of his own. While in Moscow, Mishri had sought certain assurances about red lines for a Hifter offensive on Tripoli, which might follow the general’s successful campaign in Fezzan. Russian diplomatic sources indicate that Cairo and Abu Dhabi may have given Hifter a green light for a Tripoli operation. It had been Egypt and the United Arab Emirates to which Mishri was referring in Moscow when he at one point cited “external interference” as the main impediment to resolving the Libyan conflict.

A campaign against Tripoli could trigger unpredictable consequences despite Hifter’s recent successes, including the country relapsing into a new protracted civil war, a “war of all against all,” as in 2014, with unclear prospects. The United States has already set a red line for Hifter, deeming the military campaign against Tripoli unacceptable, according to Western diplomats.

Although Russia expects a payoff from backing Hifter, Moscow's support has been palpably limited. Moscow is wary that the UAE, Saudi Arabia, Egypt and France will reap the most gains from Hifter acquiring a significantly strong position in Libya since they have bet on him alone and have invested much more in his success than Russia has. In turn, Russia would certainly benefit from maintaining a balanced position in Libya. In this way, Moscow could exploit the ties it has managed to preserve with all the parties to the conflict more effectively. This refers to the smaller actors as well as to Tripoli and Tobruk.

Jalel Harchaoui, a Libya-focused research fellow at the Hague-based Clingendael Institute, provided backdrop to Al-Monitor, noting, “When the country almost split in 2014, the [central bank] governor — one of Libya’s most powerful officials — stayed in Tripoli and refused to follow the anti-Islamist camp in the east. As a result of this perceived loyalty to the Muslim Brothers and the city of Misrata, the eastern faction has been determined to sack [Governor] Sadiq al-Kabir.”

Harchaoui further stated, “A year ago, Mishri began his tenure as the new head of the High Council of State and de-facto representative of the Libyan Muslim Brotherhood. As such, he discussed in detail with the eastern Libyan camp the potential removal of Kabir. The idea broached last year was a quid pro quo with the eastern faction: the High Council of State would have allowed Kabir’s removal, and in return, the east would have accepted a Brotherhood-leaning deputy as the new central bank governor. The east refused. The deal fell through.”

As for Russian involvement, Harchaoui said, “When it comes to the Central Bank conflict in Libya, Russia has been against Tripoli and in favor of Hiftar since 2016.” He noted, “In 2016, Moscow delivered 4 billion dinars ($3 billion) worth of banknotes to Hiftar’s camp. In total since 2016 Russia, has delivered 10 billion dinars ($7.5 billion) to Hifter.”

The Libya Observer reported that on the issue of Russia printing money for Tobruk's central bank, Mishri had told Bogdanov that Moscow “should break relations with parallel institutions in eastern Libya given the damage inflicted on Libya's economy by printing dinar banknotes in Russia.”