The new US defense budget would cut funding to defeat IS by 20% as President Trump targets a withdrawal from Syria by the end of April. 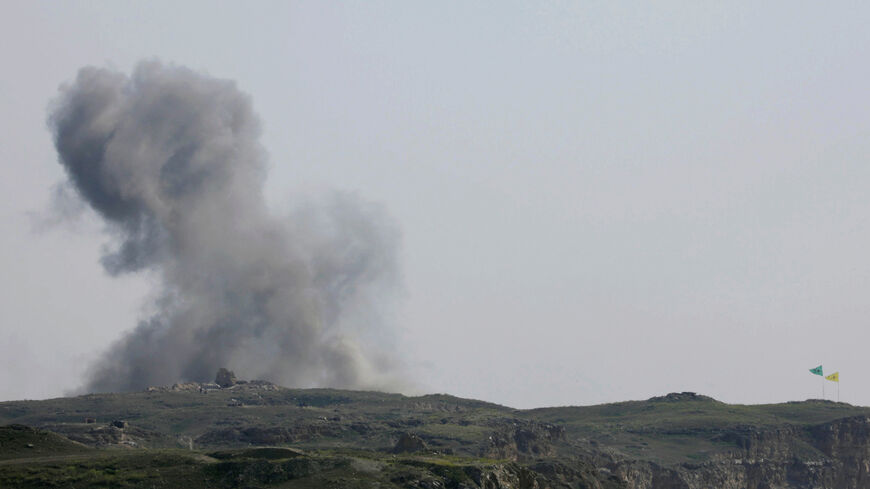 A plume of smoke is seen during fighting in the Islamic State's final enclave, in the village of Baghouz, Deir Al Zor province, Syria March 11, 2019. - REUTERS/Rodi Said

The Donald Trump administration is asking Congress for a $2 billion cut in the US-led fight against the Islamic State as the Pentagon looks toward the exits in the five-year campaign.

The funds will “ensure an enduring defeat of the Islamic State of Iraq and Syria [IS, also known ISIS] and allow flexibility for a deliberate, coordinated, disciplined withdrawal from Syria,” the Pentagon said in budget documents released today.

The request would pare back the US effort to train Iraq’s fledgling security forces and US-backed forces in Syria by $400 million to just over $1 billion, down nearly 30% from last year. It also calls for spending $250 million to help partner countries tighten up their borders to handle the lingering threat of IS.

Interestingly, this year’s budget is based on a higher troop number for the US-led campaign against IS: 7,200 versus 5,765 last year. The Pentagon has recently estimated it has 2,200 troops in Syria and 5,200 troops in Iraq, but it does not release regular updates, citing operational security requirements.

It’s not clear whether the larger figure in this year’s budget is an effort to bring more help to the region to assist with the US withdrawal from Syria by the end of April, or if it represents a change in the Defense Department's accounting practices. US Central Command did not respond to a request for comment by publication time.

The budget decisions come as the Pentagon has surged money into the Overseas Contingency Operations fund, the post-Sept. 11 war-fighting fund. Even as the IS fight has wound down, the contingency operations funding “has not declined at the same rate as the in-country troop strength,” the Pentagon says, as the Defense Department has kept much of the infrastructure to support US troops in the Middle East in place. Overall, the request for the contingency budget is down less than $1 billion from last year, to $66.7 billion for the fights in Afghanistan, Iraq and Syria as well as US efforts to deter Russia in Europe.

The money for Middle East and European war fighting is more than the entire budget request for the State Department and the US Agency for International Development, which would get a 23% cut under the Trump administration’s proposal. Top Pentagon officials defended the slimmer diplomatic budget, even though Jim Mattis had called for robust US diplomacy to end the wars in Syria and Yemen when he was secretary of defense.

“I spoke with Secretary [of State Mike] Pompeo this week,” Acting Secretary of Defense Patrick Shanahan told reporters at the Pentagon this morning. “He’s confident that he’ll have the resources he needs to perform his duties.”

The Pentagon also concedes in its request that requests to replenish stocks of weapons such as drones and guided munitions continue apace as the United States helps Middle East militaries meet their security needs. For instance, this year’s budget requests more than 5,000 Hellfire missiles, more than double last year’s amount.

Elsewhere, the Army is hoping to boost its efforts to train foreign forces in the Middle East and around the world, providing funding for six security force assistance brigades, which could be used for deployments in Africa and the Middle East. The Pentagon plans to release a detailed more budget request Monday.

by Murielle KASPRZAK and Joseph SCHMID | AFP | May 26, 2022
END_OF_DOCUMENT_TOKEN_TO_BE_REPLACED