Turkey’s president has cast the rampage that killed 50 Muslim worshippers in New Zealand as an attack on the wider Muslim world, particularly Turkey. 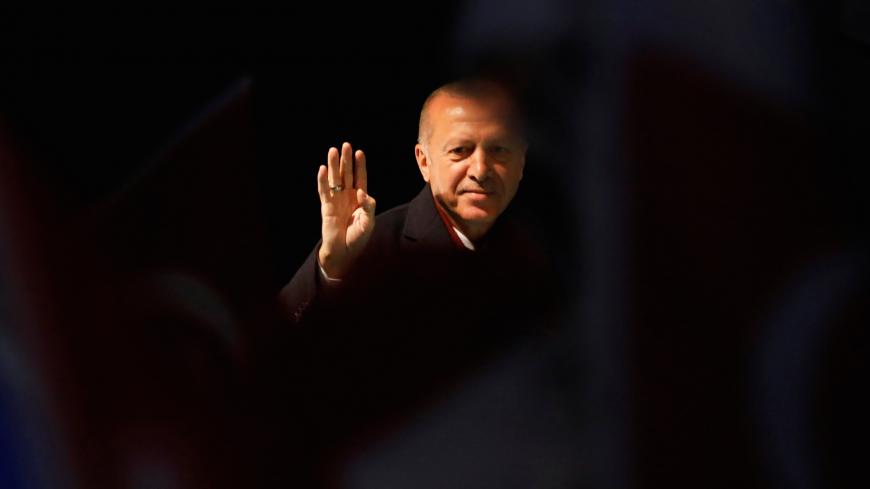 ISTANBUL — Turkey’s diplomatic row with Australia and New Zealand over the deadly shootings at two mosques in Christchurch worsened on Wednesday as Australia summoned the Turkish ambassador over President Recep Tayyip Erdogan’s remarks about the attack and New Zealand dispatched its foreign minister to confront him.

At campaign rallies this week, Erdogan has shown footage filmed by the Australian-born gunman who killed 50 worshippers at the Al Noor Mosque and the Linwood Islamic Center on March 15. Separately, the president warned on Monday that Turkey would fend off any hostile Antipodean visitors, “some in coffins,” like it did their forebears in World War I, if they threatened Turkey. On Wednesday, Erdogan’s spokesman said those comments were misconstrued.

Australia, which sends thousands of tourists each year to visit the battlefields on the Gallipoli peninsula in western Turkey, issued a travel advisory, warning its citizens to exercise caution in Turkey. Prime Minister Scott Morrison called Erdogan’s comments “reckless” and “vile” and told Ambassador Korhan Karakoc that if Erdogan didn't take back what he said, “all options were on the table.”

New Zealand Foreign Minister Winston Peters is traveling to Istanbul on Friday to attend a meeting of the Organisation of Islamic Co-operation in Istanbul, and Prime Minister Jacinda Arden said he would “set the record straight face to face” amid worries that Erdogan’s rhetoric could put New Zealanders in danger. Erdogan will speak at the meeting, but it was not clear whether he or his representatives would meet Peters.

The sparring comes as grief-stricken New Zealand begins burying the victims of the worst mass shooting in its history. The rampage shocked much of the world and has focused attention on the global rise of white supremacy and hatred in the West toward Muslims.

While Prime Minister Jacinda Ardern has received plaudits from around the world for her empathetic handling of the aftermath and her emphasis on reconciliation, Erdogan has suggested her government is not doing enough. If New Zealand fails to hold responsible the groups Erdogan suspects are behind the shooting, he said, then he would, and called on Ardern’s government to reinstate the death penalty.

Erdogan has thrust himself into the discussion surrounding the attack in part because the killer’s rambling 87-page manifesto posted online included threats on the Turkish leader’s life, described Turks as “an enemy force” and called for re-Christianizing Istanbul. Three Turkish nationals were among the 50 wounded survivors of the attack.

The suspected gunman, Brenton Tarrant, traveled multiple times to Turkey, where he “spent an extended period of time,” a senior Turkish official told Al-Monitor and other reporters after the shooting. Turkish authorities are investigating his movements and contacts here, he said.

Erdogan’s comments about fending off hostile Australians and New Zealanders, made during commemorations at Gallipoli on Monday, were taken out of context, Fahrettin Altun, the president’s communications director, tweeted late on Wednesday.

“The terrorist’s manifesto not only targeted Erdogan himself but also the Turkish state. As [Erdogan] was giving the speech at the Cannakale (Gallipoli) commemoration, he framed his remarks in a historical context of attacks against Turkey, past and present,” Altun said.

In an op-ed published in the Washington Post on Wednesday, Erdogan struck a conciliatory tone, rejecting “any attempt to associate last week’s terrorist attacks with the teachings, morals or maxims of Christianity” and compared the killer’s distortion of historical facts with the ideology of the Islamic State.

Erdogan has amplified foreign policy disputes in previous campaigns, tapping into deep nationalist sentiment among Turks who nurture historical and current grievances toward countries they believe target their nation. Ahead of a 2017 constitutional referendum that vastly expanded the powers of Erdogan’s office, he accused Germany and the Netherlands of Nazism for refusing to let his party to campaign among diaspora Turks.

Now Erdogan is campaigning for mayoral candidates from his ruling Justice and Development Party in a March 31 nationwide poll and has cast the vote as a matter of Turkey’s existential survival in the face of shadowy foreign forces bent on destroying the country.

“It shows the extent foreign policy is an instrument of domestic politics for Erdogan, who fears that his party might be severely challenged in the coming election,” said Soner Cagaptay, the director of the Turkish research program at the Washington Institute for Near East Policy.

Even though Erdogan isn’t standing in the election, Cagaptay told Al-Monitor, “He has cast the election as a referendum on his popularity. He is running on his image as Turkey’s strongman president. The central theme of the election for Erdogan’s campaign has been the word ‘beka,’ or existence, this idea that Tukey and Muslims are under threat. This narrative fits nicely into this rhetoric that the terrorist in New Zealand targeted Turkey and Muslims, and Turkey will come to their rescue.”

Auckland is particularly outraged about Erdogan’s repeated use of the shooter’s video at public rallies. It has urged social media platforms to remove the footage from their sites to prevent giving the killer the prominence he sought. Facebook, where the gunman streamed the shooting live, has removed more than 1.5 million videos related to the attack. YouTube has said it has removed tens of thousands of videos and took other steps to stop its spread.

Erdogan seems prepared to countenance New Zealand’s ire, showing the video at a half-dozen of his campaign rallies, even though Turkey has strict censorship rules on media coverage of terrorist attacks on its own soil, Cagaptay noted.

“He might allow Turkish relations with Australia and New Zealand to crash and just plan to pick them up a year or two down the road,” he said. “He has decided that nothing is sacred at this point, that whatever helps him win elections, he will do.”

In the hours after the attack, Erdogan phoned New Zealand’s Governor-General Patsy Reddy to express his condolences and condemn the attacks “in the name of all Muslims. In a video of the phone call posted to Altun’s Twitter account, Erdogan urged her to accept the advice of his vice president and foreign minister, who traveled to New Zealand in the wake of the shooting, to ensure that “no shadow was cast over New Zealand, the land of freedoms.”

To date, Turkey has enjoyed warm relations with Australia and New Zealand, and on Monday Erdogan described on how fallen soldiers from opposing sides of the Gallipoli conflict lay side by side beneath Turkish soil. Erdogan often refers to the spirit of the 1915 battle in which an Islamic army beat back invading forces in a final victory in a war the Ottoman Empire would eventually lose.

Visitors from New Zealand and Australia, whose ANZAC forces fought here under their own nations’ flags for the first time since independence, undertake pilgrimages to the battlefields every April to honor the young men who fell there thousands of miles from home.