Prime Minister Benjamin Netanyahu’s demagogic discourse on security is a distraction from the weakening Israeli economy, congestion on dangerous roads and a declining health care system. 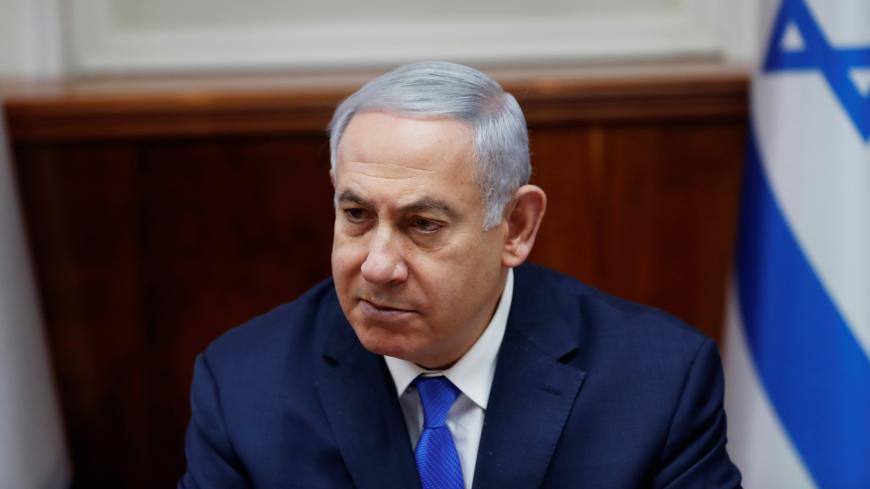 The Likud's campaign slogan, “Netanyahu: Right. Strong. Gantz: Left. Weak,” is well chosen. It sounds great in speeches and looks good on billboards. Every Israeli voter knows that strong is good for the Jews and weak is good for the Arabs. In other words, “It’s Tibi or Bibi,” the slogan Prime Minister Benjamin Netanyahu coined recently, juxtaposing his nickname with the popular head of the Ta’al party, Arab Israeli lawmaker Ahmad Tibi. The subtext is obvious: Netanyahu protects us from the Iranian enemy and defends us against Palestinian terrorism. Netanyahu has adopted the attitude “Happy are those who are continually fearful,” attributed in the Bible to the wisest man who ever lived, King Solomon.

There is no formal data on the link between the Netanyahu government’s foreign and defense policy and the loss of life in terror attacks. Nor is there a way to validate the claim that were it not for Netanyahu, Iran would have succeeded in developing a nuclear bomb and firing it at Tel Aviv. And when lives are at stake, who wants to futz around with quality of life? As Netanyahu said in 2015 in response to the state comptroller’s harsh criticism of the government’s handling of the housing crisis: “When we talk about the price of housing, about the cost of living, I don't forget life itself for a single moment.”

The amorphous, demagogic discourse about “life itself” along with the discussion of Netanyahu’s probity and personality distract from his crushing failure on the economic front. Although this failure is easily quantified, it has been shoved to the margins of the election agenda. Speaking with Al-Monitor this week, economist Avichai Snir noted that under the Kadima government led by Ehud Olmert from 2006 to 2008, real GDP grew an average of 4.98% annually. Before Netanyahu’s ascent to office in 2009, GDP was in a rapid climb, noted the lecturer from Bar-Ilan University and the Netanya Academic College. Netanyahu’s government has managed to maintain growth but its rate has slowed by almost 30%.

Late in the evening hours of March 7, the Finance Ministry announced that the budget deficit has risen over the past 12 months to 3.5% of GDP, compared with the 2.9% target set in the 2019 budget. The ministry warned the government recently that unless it takes steps to increase revenues or reduce spending, the deficit would grow to 3.6% of GDP. The ratio between public debt and GDP has also deteriorated. After declining for nine years, the trend shifted in 2018, rising from 60.5% to 61.2%, and the 2019 forecast is even worse.

“Netanyahu gives himself high marks for shrinking the public sector in order to allow the private sector to expand,” Snir said. “Indeed, when he served as finance minister in the early years of the last decade, he reduced the number of employees on the public payroll. The Kadima government that took over continued this trend, resulting in a shrinking of the public sector from 35.5% of the country’s workforce to slightly over 33%, a very significant decline. Since Netanyahu took over in 2009, this achievement has been wiped out; the trend has been reversed and the public sector is nearing 36% of the workforce.”

Netanyahu takes credit for turning Israel into a start-up nation, the engine of the country’s economy and exports. However, this engine is sputtering. Tech employment in 2019 stands at 8%, the same as the rate recorded a decade ago. Snir pointed to an Organisation for Economic Co-operation and Development (OECD) survey of adult skills showing that the average skill level of Israel workers is far lower than the average in the developed world, suggesting that tech industry employment is not expected to grow in the coming years, either.

In April 2017, Netanyahu complained that while the media sees traffic congestion everywhere, he sees new roads and interchanges. Finance Ministry data suggests he may need glasses. According to Snir, from 2006 to 2016, investment in infrastructure and other sectors declined from 9.5% of public spending to 9%.

“When investment declines, it’s hard to expect improvement,” Snir remarked. “That is why when the Minister of Transportation Yisrael Katz says that it is hard to fix within a decade the lack of investment over a century, he should remember that once his decade-long tenure ends, it will be hard to fix a lack of investment covering 110 years.” Snir was referring to Katz’ response to a scathing report issued this month by the government watchdog agency, the state comptroller, about the country’s transportation infrastructure. Its authors noted that investment in public transportation has been very low for years compared to that in other developed economies. As a result, private car use has surged, exacerbating traffic congestion. According to the comptroller, traffic density on Israeli roads is 3.5 times higher than the OECD average.

Such traffic can prove dangerous, even fatal, if we think about ambulances trying to make their way through traffic jams. However, even if an ambulance is lucky enough to overcome the traffic jams and reach the hospital before it’s too late, the patient will then have to spend long hours in the emergency room until an exhausted intern has time to treat him. Public expenditure on the health care system as a percentage of total public spending is one of the lowest in the developing world (63% compared with an OECD average of 74%, placing Israel in 30th place among the organization’s 35 member states). The rate of available hospital beds in Israel stands at 2.3 per 1000 people, compared to an average 3.6 in the organization’s member states.

Are traffic congestion and the decline of the public health care system issues relevant to Israelis’ quality of life or to life itself? This question, just like the widening social gaps and weakening of the economy, are well disguised under heavy layers of hatred, incitement and fear. Lots of fear.

To Netanyahu’s left there is no leader who can reassure Israel that “the only thing we have to fear is fear itself” — fear, noted the US president who led his country through the Great Depression and World War II, that “paralyzes needed efforts to convert retreat into advance.”