The Likud Party prefers a broad coalition after the election, and only Blue and White could present that potential. 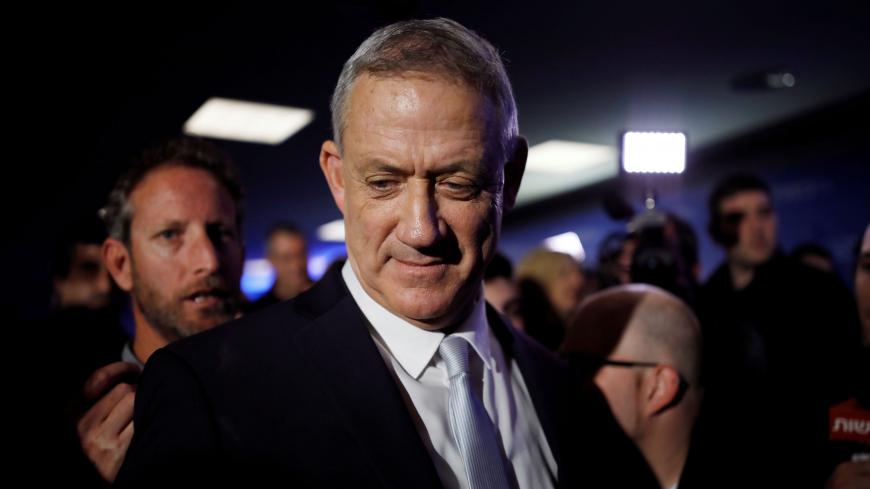 The government that will stand following the April 9 election will quite likely be a national unity government joining a populist party with shades of liberalism and a right-wing party with shades of racism. Until the last-minute it will be hard to predict which one would win the necessary support to ensure the prime minister’s office for itself. It depends on the party’s ability to form a bloc of at least 61 mandates (a clear Knesset majority) to oppose granting the prime minister’s role to the head of the other camp. A tie could also lead to a rotation between the leader of the Blue and White party, Benny Gantz, and the leader of the Likud. We can assume that this will not be Prime Minister and Likud head Benjamin Netanyahu. After all, Gantz had promised not to join a government with him in light of the attorney general’s declared intention to indict him.

The important milestones of the election cycle are already behind us: The political map was shaped when the parties submitted their list of candidates for the Knesset, and the attorney general announced his intention to bring Netanyahu to trial, following a hearing. Two large lists will vie in the political arena, and it is expected that Gantz’s party will be slightly larger than the Likud, and that the election will be decided by the small parties that would or would not pass the vote threshold of four Knesset seats. The two large parties are deciding whether to undertake a wide effort to recruit every possible vote to their camp in order not to lose votes to the small parties, or whether to undertake an opposite effort, to accept a loss of mandates to the small parties in their bloc in order to ensure that they pass the vote threshold and would be partners in the next coalition.

The question of who the president will charge with an attempt to form the next government — the largest party or the leader that the greatest number of Knesset members recommends — has become decisive. The answer is not so complicated. If 61 Knesset members recommend a certain person to President Reuven Rivlin, he will not have discretion and he will charge him with forming the government even if he heads the smallest party. But usually, not all the parties recommend a candidate and the president holds another round of consultations, during which other parties reveal their cards. The president can then decide which candidate has the best chance of successfully forming a government. If his decision does not make sense, the High Court can get involved, something that has never happened in Israel’s history. If one party receives significantly more votes than the runner-up, but the number of recommendations from each of the two camps is even, the president could charge the head of the largest party with forming the government. If he is not able to form a coalition, he would have to return the mandate to the president, who would then grant that task to his rival.

Gantz’s tactic — to widen the gap over the Likud — could cost him the prime minister’s seat if he does so at the expense of his potential partners. Why? Some of the parties teetering on the vote threshold include right-wing voters and their entrance to the Knesset could in fact improve Gantz’s chances, even if it is at the expense of his own party’s size. If these teetering parties fail to enter the Knesset, then obviously they will not be available as coalition partners. Netanyahu is experienced enough to try to execute a gambit — sacrificing a soldier in a chess game for the purpose of defense — and give up the margins of the Likud’s candidate list in order to bring in right-wing lists, among them extremists and crazies, to join his coalition after the election.

But even if Netanyahu succeeds in these moves, he would find it very hard to maintain a coalition with a scant majority. These partners might abandon him if he does not categorically reject US President Donald Trump’s diplomatic plan, or if he acts in a way that is interpreted as a moderate diplomatic move. And so, the Likud would prefer a broad coalition, and only Blue and White would present this potential. If Netanyahu can’t convince Gantz to break his vow and join him — at least until the attorney general’s final decision following the hearing — Israel would face another election or the Likud would oust Netanyahu.

Gantz could not form a government without the Likud. If he insists that Netanyahu can’t participate in his government, he would have two options: new elections or personnel changes in the Likud.

If a national unity government does form, it could make economic reforms that narrow governments would have difficulty implementing, and it could help the secular public stand up to the trends of religious influence and religious coercion. However, the most significant challenge it would face will be how to relate to Trump’s plan. Previous unity governments advanced economic moves, but did not dare advance moves in the realm of religion and state, and the diplomatic-security moves they undertook were very careful. On the other hand, they were politically stable and long-lasting. We can assume that Blue and White will demand to overturn some of the laws related to the expropriation of land in the West Bank and the imposition of Israeli law on the territories, and to fix other laws including the Nationality law (anchoring the Jewish nature of the State of Israel), the law damaging the nonprofit sector and the “Nakba law.” One can’t overstate the importance of such moves, if they do happen. If Netanyahu does not head the Likud, implementing such changes will likely be easier.

But the immediate and most important challenge a national unity government would face is how to react to the “deal of the century,” the peace plan formulated in recent years in the White House, led by Trump’s son-in-law, Jared Kushner, and the team of Trump’s private lawyers, who have become his trusted advisers on foreign affairs. A stable unity government — with four years in power ahead of it — could let go of the fear of the threats of the right, seriously examine the plan and not make do with a diplomatic response that centers on expecting the refusal of Palestinian President Mahmoud Abbas. This will be its greatest challenge, and if it meets it successfully, the 2019 election would be remembered as a crucial one.