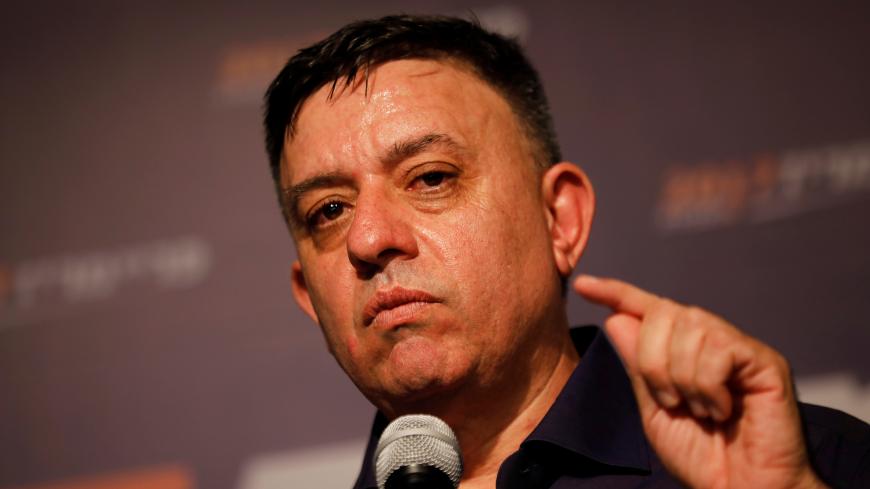 Labor chief Avi Gabbay is claiming that Prime Minister Benjamin Netanyahu discriminates against Jews of Mizrahi (Middle Eastern) origin. But the “Once a racist, always a racist’’ campaign slogan he’s been using recently is offensive to Gabbay’s own Mizrahi community that he hopes to represent. It is a major political error.

Labor under Gabbay’s leadership is not doing well in pre-election polls. Gabbay has already led the party to the lowest point in its history, with just nine seats on a good day. Yet on March 20, he pulled out the ethnic card, assuming it would help him win over Likud voters offended by Netanyahu. He was acting like a bull in a china shop, causing even more damage to his party. Historically, Labor has been seen as having discriminated against the Mizrahi community during the days when its Mapai faction was in power. In contrast, the Likud offered Mizrahim social mobility.

Late Likud Prime Minister Menachem Begin was the first national figure to bring Mizrahi leaders from the periphery into the circle of decision-makers with influence over the national discourse. Chief among these leaders was former Foreign Minister David Levy. Throughout the '60s, '70s and '80s, the Likud became the political home to many members of the Mizrahi community living in the country’s social periphery, even though the party’s leadership had always been and continued to be led by Ashkenazi (of European origin) men: Menachem Begin, Yitzhak Shamir, Ariel Sharon and Netanyahu. While it is a paradox, it is easy to understand why it happened. When running as the Labor candidate for prime minister in the 1999 election, Ehud Barak recognized the historic injustice perpetrated by his own party and apologized to the Mizrahi community.

Gabbay is the child of Moroccan immigrants he says voted Likud their entire lives. He of all people should have known that treating Likud supporters like a blind herd would have been seen as patronizing even if it came from him, a Moroccan Jew. It certainly would not win him votes. After he was elected chairman, quite a few people heard Gabbay say that his Moroccan mother alone was worth seven Likud seats. The results tell a different story. Mizrahi voters were in no rush to follow him long before Blue and White head Benny Gantz even entered the political arena. Gabbay never managed to foster a sense of identification among Likud supporters. Why? Because his efforts weren’t authentic. They were just a means to an end.

According to his own account, the decision to attack the prime minister’s “racism” toward the Mizrahi community came about when he watched an interview with Culture Minister Miri Regev after she was left out of a photo of the Likud’s leadership. Without her, the image consisted entirely of Ashkenazi men. Regev is both Mizrahi and a woman. As the person holding the number-six slot on the party’s list, she was offended. In an interview, she claimed that she was left out because the prime minister wanted to attract voters from the center. “It is no secret that voting patterns in Israeli society are geared toward Ashkenazi men from the white tribe,” she said. “Once they realize that, they feature the top seven candidates, who they think will bring them votes from the center, the left and the right. I am happy that the Likud voting pattern is different. It’s been 10 years since I was elected to fifth place at the party’s primaries.”

The next day, Gabbay claimed in an interview with Meet the Press that Netanyahu was a racist. This week, he was already attributing racist patterns of behavior to the prime minister. Among other things, he used the disparaging remarks that Netanyahu made to Orna Peretz, a social activist from the Moroccan community who lives in Kiryat Shmona. When she interrupted him during an October 2018 speech, he turned to her and said, “You’re not interesting. You are boring us,” in front of the entire audience.

Gabbay’s “Once a racist, always a racist’’ campaign just shows that he is no less cynical than Netanyahu. The way he used Peretz for his campaign without first getting her permission was nothing more than populist grandstanding, and it was ugly. Peretz, who quit the Likud after the incident with Netanyahu and joined Moshe Kahlon’s Kulanu Party, was furious that Gabbay exploited what happened to her. She attacked him in a March 21 Facebook post, writing, “You are using me in your election campaign to let the ethnic genie out of its bottle and put ethnic issues up on the agenda. I would have expected you to ask me first. What if I find it offensive? What if I’m not interested?”

In an interview with Yedioth Ahronoth published March 22, Gabbay claimed, “There is only one person who decides who gets into his photos, based on whether they are Mizrahi or Ashkenazi, and that person is Netanyahu. It’s repulsive. It’s disgusting. It’s the most racist thing imaginable. The only person in all of Israel who still judges people based on the color of their skin is Netanyahu.” Gabbay was interpreting Regev’s words about “the white tribe’’ in a way that suited him. She had referred to a well-known fact familiar to anyone who has studied voting patterns in Israeli society over the last few years. The “white tribe” really refers to the largest voter base in the center-left, including Labor, most of whom are Ashkenazi.

There are quite a few examples, but former Labor Party chairman Amir Peretz, a Mizrahi, can testify to one personally. In 2005, he defeated Shimon Peres in the primaries for the Labor leadership. Peres then left for the new Kadima Party. A poll conducted at the time found that Ashkenazi Peres took eight seats with him. Peretz also said that in 2006, he prevented the late Lova Eliav, another senior Labor member, from launching a campaign to “win back the Ashkenazim.” Peretz told Eliav, “The wound that you would leave festering after the election will be permanent. I have a sense of responsibility. I want to heal society instead.” It was this approach that won Labor new seats from the periphery and the Mizrahi neighborhoods.

At a Labor meeting this week, Peretz tried to convince Gabbay to tone down his rhetoric. Among other things, he told Gabbay that such a sharp and extreme statement has no chance of influencing voters. Instead, he suggested, Labor could say that the Likud has been ungrateful to Mizrahi Jews, or that Netanyahu doesn’t take them into consideration. Besides, he added, given the party’s political history, it would be hard for Mizrahi Likud supporters to vote for Labor. Even if they are somehow convinced that Netanyahu is a racist, it would still be easier for them to vote for Blue and White instead. That is why, Peretz explained, he doesn’t understand the logical behind the campaign. It's all the more true after Blue and White gave Gabbay a big present. The party’s right-leaning diplomatic platform should make it easier for Gabbay to win back voters who fled Labor.