With the Labor Party in continuous decline, Prime Minister Benjamin Netanyahu does not really care who will be its leader. 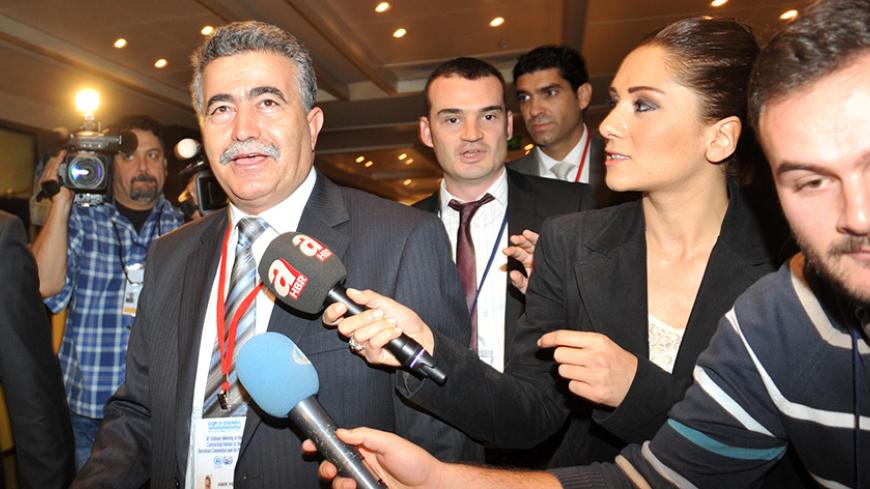 The winds of change blowing through the Labor Party can be deceptive, even though Knesset members Amir Peretz and Avi Gabbay just advanced to the second round in the party's leadership primaries. Regardless of whether the party members elect Gabbay, a political novice, who only joined the party eight months ago, or a more experienced politician such as Peretz, who once served as defense minister, neither of them will be the dark horse of the next election. Assuming that Prime Minister Benjamin Netanyahu is, once again, the Likud's candidate for prime minister in the next election, there is no reason for him to worry about the Labor's turnabout.

First of all, the party failed to recruit a new candidate with real public and security standing, such as former Chief of Staff Gabi Ashkenazi, to defeat the right and win power. Furthermore, there already is a large and powerful centrist party (Yesh Atid) headed by Yair Lapid, who has proved his mettle as a fairly talented survivor. Given these conditions, Peretz or Gabbay will have to transform the Labor Party into the largest platform in the center-left bloc, and this is no simple task.

In 2002, Amram Mitzna, a major general in the reserves, took the party by storm. Yet he walked away from the January 2003 election with just 19 seats. At the time, 15 seats in the center-left bloc preferred the centrist Shinui Party, headed by Tommy Lapid. In the ensuing elections, the Labor Party failed to take power again and again. It fell into a deep crisis of identity, set off in search of itself, and lost entire communities of voters along the way. When it brought back former Prime Minister Ehud Barak as leader in 2009, it actually reached the lowest point in its entire history, winning just 13 seats. In contrast, Tzipi Livni of the centrist Kadima Party (now defunct) overwhelmed the center-left bloc by winning 28 of its seats.

Shelly Yachimovich also failed to prove herself to be the party's savior in 2013, even though she offered a refreshing new brand. In that election, a new centrist party (Yesh Atid) headed by Tommy Lapid's son Yair swept up 19 seats. In the last election, in 2015, Isaac Herzog as the Labor Party leader and a strategic merger with Livni was not enough either. Even though Lapid's party showed some decline, it still managed to win 11 of the center-left bloc's seats.

In other words, as long as it is not clear who the leader of the camp opposing the right really is and the sum of its votes divided between two dominant parties, the chances for a center-left turnover are reduced considerably.

Peretz and Gabbay will face off in the next round of voting for the Labor's leadership July 10. This will be followed by the big battle that will take place within the center-left bloc. The one person who will apparently benefit from this will be the leader of the right, Netanyahu. He will stand off to the side to watch the squabbling in the opposing camp in a process, which long earned itself the moniker, "the cannibalism of the center-left." Several parties will be competing for the same restricted pool of voters, without being able to unite around a single candidate.

The Labor primaries created quite a few headlines and interesting political moments due to the large number of candidates and Erel Margalit's particularly aggressive campaign. In the end, the miracle that the current head of the party, Herzog, had been hoping for never happened. He was deposed as leader of the party and the opposition. But that should come as no surprise, considering the party's longstanding tradition of removing its chair after failing to win an election.

As far as party members were concerned, Herzog lost not only at the ballot box in the 2015 elections but also in his opposition gamesmanship against Lapid. His flirtation with Netanyahu over the possibility of joining the government was both long and damaging and ultimately proved lethal, with opinion polls indicating that Labor could shrink to as few as 11-13 seats. Meanwhile, Lapid's centrist platform steered clear of the left. It gained momentum as he crisscrossed the country and set off to distant continents as a stalwart opponent of the boycott, divestment and sanctions movement against Israel.

Polls showed the Labor Party's seats switching allegiance to Lapid like two connected containers of fluid. As one empties the other one fills up, but the volume remains the same. The climax came several months ago, when Lapid surpassed Netanyahu and the Likud in the polls and was named the head of country's largest party in terms of voter preferences at the moment. Lapid has declined in the polls since, but as an outstanding campaigner, who heads a well-organized party with a network that extends across the entire country, and as someone who can appeal to the soft right at a time when the country is trending right, Lapid remains the most relevant player facing Netanyahu.

Nevertheless, both Gabbay and Peretz claim that they know how to expand their base by winning the support of Likud voters. Peretz, who was born in Morocco and lives in the periphery southern town of Sderot, already proved he could do that as head of the Labor Party in the 2006 election, by bringing in new voters from the periphery. Meanwhile, Gabbay boasts that he is the "new thing." As the son of Moroccan immigrants and as a person who grew up in a periphery town and made good, he claims that he can win the support of the periphery even better than Peretz.

In the Labor's history, the fact that two Mizrahim (of Middle Eastern origin) are competing over the leadership position signifies that internal changes are taking place in a party that is still searching for its identity. But the fact that two Mizrahim now stand at the head of the predominantly Ashkenazi Mapai Party (mother party of Labor) is not the main point here. It is, of course, symbolic and indicative of a new spirit in the party. On the other hand, considering Mizrahi voters as monolithic is a mistake, and even rather patronizing.

In the next election, with the public asked to decide between alternatives to lead the country, the decisive factor will be security. The Mizrahi issue does not have what it takes to stand alone. Gabbay will have to prove that despite his very limited experience in politics and his lack of experience in dealing with national issues, he could still head a country such as Israel. But how, in fact, is he really better than Lapid or Netanyahu? Being Mizrahi is not a viable claim. Peretz, on the other hand, will have to convince the public that he deserves a second chance. His advantage is that he has proven experience at the national level. The fact that he is Mizrahi is not the main point for him either.

Regardless of which of these two men is elected, the winner will first have to compete against Lapid in a kind of undeclared primary, which will inevitably be expressed in their respective poll numbers. If he is elected, Gabbay will be unable to serve as leader of the opposition because he is not a member of Knesset. This presents a new political situation, which could hurt him.

The situation within the party will become much clearer by July 10. The various Knesset members, including those who competed for the leadership, will form their own alliances. If elected, Gabbay would have the role of opposition chairperson to trade, and he might even offer it to Herzog or Yachimovich. "Netanyahu has reason to be worried," Peretz said the day after he finished first in the vote, with 32.7% to Gabbay's 27.1%. However, it is actually Peretz who has cause for worry. As interesting as it may be, the fight over the Labor leadership did not shake up a thing, whether Netanyahu's grip on power or the political system at large.