The Zionist Camp's election loss can be explained by its choice to embrace a Tel Aviv-Ashkenazi image, instead of investing time and resources in periphery towns. 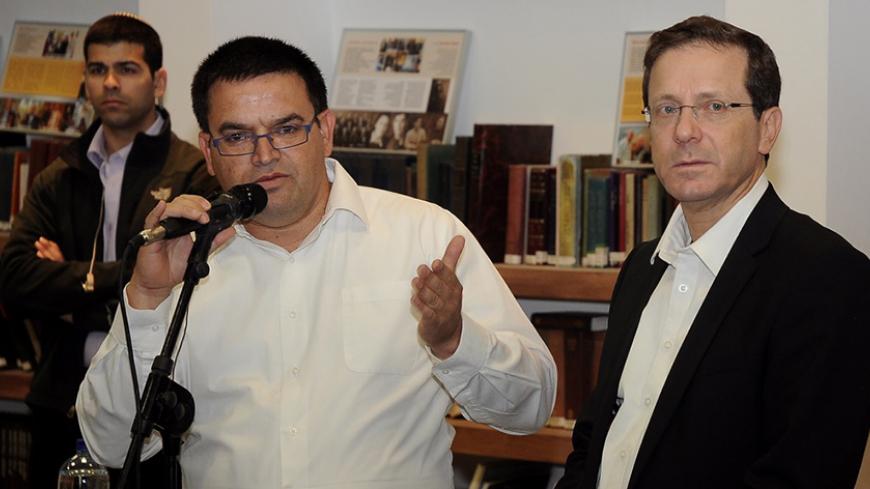 In interviews after losing the election, Isaac Herzog and Tzipi Livni, the two leaders of the Zionist Camp, explained their failure by blaming Prime Minister Benjamin Netanyahu for unleashing a racist campaign against Israel’s Arab minority.

Herzog and Livni are undeniably correct. Netanyahu did act like a first-class racist who tried to sow fear by announcing that Arab voters were flocking to the polls in droves. But the reasons for the results are to be found elsewhere. Blaming Netanyahu for it shows how disconnected they are from the country's mood, and how unwilling they are to engage in any real soul searching.

No one can argue with the numbers. The Zionist Camp's failure to win the hearts of the Mizrahi [of Middle Eastern origin] electorate living in the periphery offers an alternative explanation for its defeat, and it has nothing to do with the Netanyahu’s last-minute racist campaign. Any attempt to uncover the real reason why Zionist Camp lost should consider the two decades or so in which the party [then called Labor] was so conspicuously absent from the development towns [namely peripheral poor localities established in the 1950s] in the southern Negev region and the north. It ignored the plight of the periphery. Consequently, it was in these areas that the Zionist Camp’s election results where especially pathetic. The periphery was where the party crumbled and collapsed.

In recent days, a patronizing claim frequently heard is that residents of the periphery are ungrateful because they voted for the Likud Party instead of some party like the Zionist Camp, with a distinct social democratic agenda. In fact, this very argument only proves the disconnect. The truth of the matter is that many residents of these towns in the periphery cannot identify with a party, which shares its social concerns, but which is, at the same time, deemed too Ashkenazi [of East European origin] and too remote — or, too Tel Aviv. Though Zionist Camp Party Knesset members like Shelly Yachimovich, Amir Peretz, Stav Shaffir and Itzik Shmuli embody social democratic principles and have a proven track record on social issues, the party image at large relays a sense of detachment from the concerns of the lower classes. Indeed, the Zionist Camp was the largest party in Israel’s wealthiest settlements, data shows.

Yes, the Zionist Camp walked away from this election as the country’s second-largest party, with 24 seats. Ignoring the Likud’s 30 seats, this is a respectable outcome. But an analysis of voting patterns shows that in some development towns, the Zionist Camp came in eighth. That was the case in Migdal HaEmek, a development town of 50,000 people in the north. The Labor Party [today's Zionist Camp] was almost unchallenged in the way it once dominated the city — until 1977 — even though most of its residents are Mizrahi Jews. In this election, the Likud received almost 30% of the vote, followed by Shas, Eli Yishai’s Yachad Party, Yisrael Beitenu, Yahudut HaTorah, HaBayit HaYehudi, and Moshe Kahlon’s Kulanu Party. The Zionist Camp came in eighth, with just 2%.

Another example is the southern town of Sderot, home to the No. 8 candidate for the Zionist Camp, former Defense Minister Amir Peretz. Peretz, who was born in Morocco, once served as mayor of this development town. Sderot is a rocket-stricken town, which also suffers from an especially high rate of unemployment. Its residents are frustrated by the large amount of joblessness and the questionable results of the 2014 Operation Protective Edge military campaign, as well as the high cost of living and the distance to the center of the country. Nevertheless, almost 43% of the population voted for the Likud, followed far behind by Yisrael Beitenu (11%), HaBayit HaYehudi and Shas. The Zionist Camp was in fifth place, with about 7% of the vote. This voting pattern repeats itself almost throughout the entire periphery.

In the early 1990s, Mizrahi candidates from impoverished neighborhoods and development towns were a prominent feature of the Labor Party, and this, in turn, encouraged their neighbors to throw their support behind the party. Over the past few years, however, the party’s human fabric has changed, becoming more Ashkenazi and more associated with Tel Aviv. Under Prime Minister Yitzhak Rabin, the Labor Party list for the 1992 Knesset elections included Moshe Shahal, Amir Peretz, Binyamin Ben Eliezer, Raanan Cohen, Rafi Edri, Dalia Itzik, Rafi Ellul, Avigdor Kahalani, Shlomo Bohbot, Eli Dayan, Nissim Zvili, Yisrael Kessar, Shimon Shitreet and Yosef Vanunu [all of Mizrahi origin]. Some of these people ranked high in the party’s leadership. Rabin brought these candidates to the development towns during the campaign, and it was easy for the local population to feel connected to them.

The Zionist Camp list that ran for the 20th Knesset is in no way similar. Apart from Peretz, candidates in leadership roles were almost entirely Ashkenazi: Herzog, Livni, Shelly Yachimovich and Manuel Trachtenberg. And they all live in Tel Aviv, as do Meirav Michaeli, Omer Bar Lev, Stav Shaffir, Ayelet Nahmias Verbin, Yossi Yona and Michal Biran. Given this, Knesset members Eitan Cabel and Danny Atar, both of Mizrahi origins, get lost in the crowd.

Michael Bitton, the head of the Yeruham Municipal Council and a longtime Labor Party supporter, was unsurprised by the results. He thought it was a mistake not to save a safe spot on the list for former Defense Minister Shaul Mofaz. After all, he is a security expert, but he is also a Mizrahi. People living in the periphery could identify with his life story.

In a conversation with Al-Monitor, Bitton said: “Mofaz wasn’t the only mistake, either. The periphery has been ignored for years, starting after Rabin’s second term in the early 1990s. Rabin was a bright light after years of Likud rule. He was someone the periphery could identify with, but the Labor Party hasn’t come back to the periphery since Rabin. It sold all its local offices, so that it didn’t even have a physical presence there, which is rather symbolic. I live here, so I can see it. Yisrael Beitenu, Shas, and HaBayit HaYehudi all have a presence here. They are integrated into the community, while the Labor Party’s presence isn’t felt at all. It is as if it doesn’t exist. The idea that people will vote for them because they have a social platform is a mistake.”

Bitton said one of the main reasons why people voted for the Likud in 2015 is that the same old gratitude for what the party’s former leader Menachem Begin did in the late 1970s. “Back then, the government invested in rehabilitating the poor neighborhoods and community centers. What we are still seeing here is gratitude,” Bitton said. "The Likud Party is much more integrated here. It has an identity, and it is relevant. Identity plays a decisive role too. The Zionist Camp doesn't have a single religious person on its list. So there was no religious narrative, and there was no Mizrahi narrative up front. Nor was there a Russian narrative up front either. In the end of the day, people voted on the basis of their personal identity. They will continue to vote that way, too.”