The decision by the Supreme Court to bar far-right activist Michael Ben Ari from running for the Knesset generated great rage within the Israeli right-wing camp. 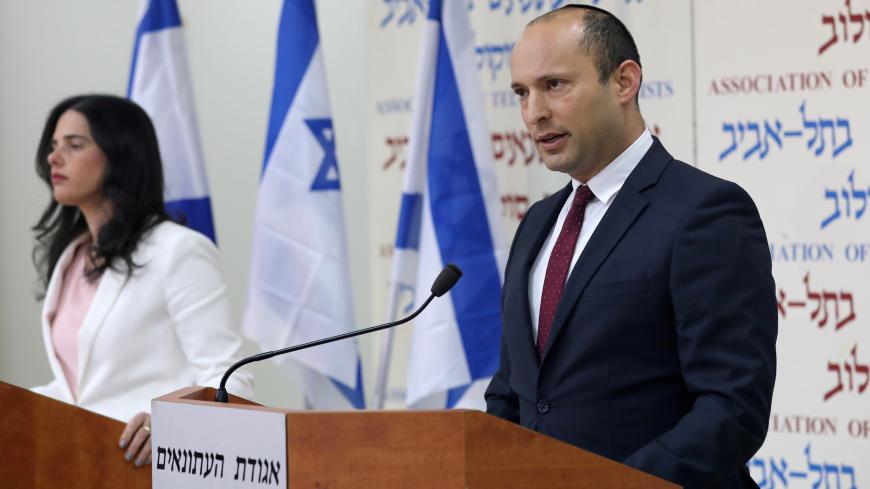 At noon March 17, Education Minister Naftali Bennett and Justice Minister Ayelet Shaked’s new right-wing party held a press conference to launch its new election campaign and its slogan, “Shaked will defeat the High Court, Bennett will defeat Hamas.” In response to Al-Monitor’s question about the meaning of the slogan, Shaked said that there wasn’t an intent to equate Hamas and the High Court, but that Bennett is aiming to become the defense minister who would deal with Hamas, and that she, as justice minister, would continue dealing with the judicial system and the High Court.

That evening, the High Court announced its decision to ban the candidacy for the Knesset of Michael Ben Ari, of the far-right Otzma Yehudit (Jewish Power) Party, because of his racist statements and calls to harm Arabs. On the other hand, the court decided to overturn the decision of the Central Election Committee to ban the candidate of the Hadash Party, Ofer Cassif, who has said, among other things, that he doesn’t oppose harming an Israeli Defense Forces soldier in the territories, that Netanyahu is the murderer-in-chief and that Israel is committing genocide against the Palestinians. The high court further ruled that it wouldn’t ban the joint list of the two Arab parties Balad and Raam.

The March 17 decisions provided the impetus for a sharp attack on the court from all the right-wing parties. Shaked and others on the right have often accused the High Court judges of being politically and morally skewed, and the minister has been proud that more conservative judges have been appointed throughout the system, including to the High Court. Now she has sharpened her critique, as is reflected in her party’s election slogan, and presented her plan to change the court's character.

At a March 18 conference in Jerusalem, Shaked said that if she’s appointed justice minister again, she would eliminate the committee for appointments to the high court, a committee now populated by members of Knesset, judges and representatives of the bar association. In its place, the minister would select candidates to the courts and bring them to the prime minister and Knesset for confirmation; candidates would also be subject to a public hearing.

The method she suggests is somewhat similar to the American system, where the president nominates and Congress confirms justices following a hearing. However, most legal and constitutional experts in Israel are opposed to this change. One of them, former Justice Minister Dan Meridor, who was a senior member of the Likud, spoke about this issue at the Meir Dagan Conference for Strategy and Defense on March 18. He said that as Israel lacks a formal written constitution, the High Court is the only body that can maintain equality between all segments of the population; in the Knesset, he said, there’s democratic expression, but it certainly does not promote equality. Another former justice minister, Daniel Friedman, a professor who served in a left-wing government, said on that same occasion that there is merit to the claim that the High Court’s decisions have hurt democracy and that the court has assumed greater power in a way that has shifted the balance of power with the Knesset. However, he also opposes transferring direct control of judicial appointments to politicians.

Bennett and Shaked also want to hasten legislation for the Override Clause, which would allow the Knesset to re-legislate laws the high court ruled unconstitutional, and for these laws not to be subject to a second court challenge. In the outgoing government it was Finance Minister Moshe Kahlon of Kulanu who blocked the legislation, but he recently declared that in the next Knesset he wouldn’t oppose it. At the conference, Shaked explained her demands by saying that “the High Court has turned itself into a higher government.”

Opinions in the ruling party are similar. Minister Yariv Levin of the Likud said March 18 at a conference in Netanya that the High Court has a double standard, which on the one hand allows supporters of terrorism and collaborators with the enemy to run for Knesset, and on the other hand, bans right-wing candidates. He, like Shaked, says that judges should not serve on the committee that appoints judges to the High Court, and that the retirement age should be lowered in order to force veteran judges associated with judicial activism to leave the system.

In the past the Likud was one of the defenders of the High Court, and especially memorable is Menachem Begin’s 1979 statement, “There are judges in Jerusalem,” which was meant to stress the respect he holds for the court. His son, outgoing Knesset member Benny Begin, told Al-Monitor that today’s Likud is not the same movement, and the evidence for this is its actions against the court during the current Knesset term, and the fact that he has been excluded from running for Knesset because of, among other things, his defense of the court.

On the deep right the messages are even sharper. Knesset member Bezalel Smotrich, who in this election is running in a joint list with the Otzma Yehudit Party, is calling for a special Knesset session in order to pass flash legislation that would cancel the clause in the law that allows the High Court to ban candidates. Smotrich said, “For the first time in the history of the State of Israel a ‘council of elders’ decides for Israeli citizens whom they are allowed to vote for. The high court judges banned a person for his view on Israel’s enemies and allowed parties that openly identify with Israel’s enemies. The distortion of the law must be corrected today.” He wrote a letter to all the heads of the coalition parties and the prime minister demanding that the law be changed immediately. Since the Knesset has already disbanded ahead of the April 9 elections, this demand has only declarative value.

The Otzma Yehudit Party is trying to leverage the ban in order to change the judicial system. Lawyer Itamar Ben-Gvir, the party’s candidate who wasn’t banned, and who holds the seventh spot in the candidate list of the United Right, has demanded that his partners on the list ensure that he be appointed chairman of the Knesset’s Constitution Committee and a member of the Judicial Appointments Committee. When Ben-Gvir first made this demand, the political system reacted with a chuckle. In the past, as an activist in Rabbi Meir Kahana’s racist movement, Ben-Gvir was arrested many times. While acquitted of most charges, he is considered a symbol of anti-institutional activism in Israel. Today he’s considered the most careful of his party’s members and thus his candidacy was not banned, but if he is elected to the Knesset, one of his main aims would be diminishing the power of the High Court. Ben-Gvir told Al-Monitor that the judges’ decision would increase the number of voters for the United Right’s list.

Other right-wing parties are counting on this scenario, since the High Court’s judgments are not popular on the right side of the map, including decisions that prevent the destruction of terrorists’ homes or enable the evacuation of illegal West Bank settlement outposts. The anger on the right toward High Court judges is what motivates the heads of these parties to sharpen their critiques of the judicial system during the election season and to let loose populist pronouncements. Even if only some of these come to pass, the balance between the legislative and judicial branches will be seriously shaken. 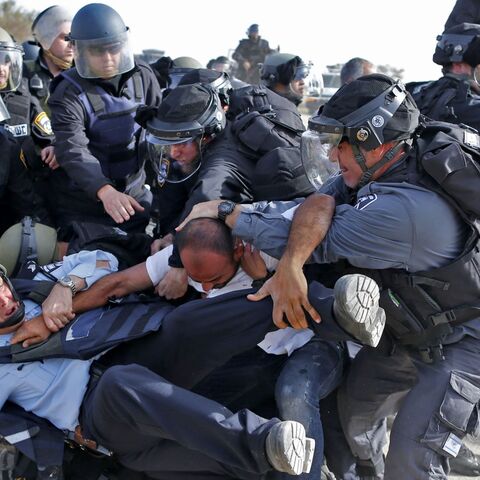