The Iranian and US models to promote regional security differs because the former emphasizes engagement with nations to raise popular forces while the latter solely relies on states. 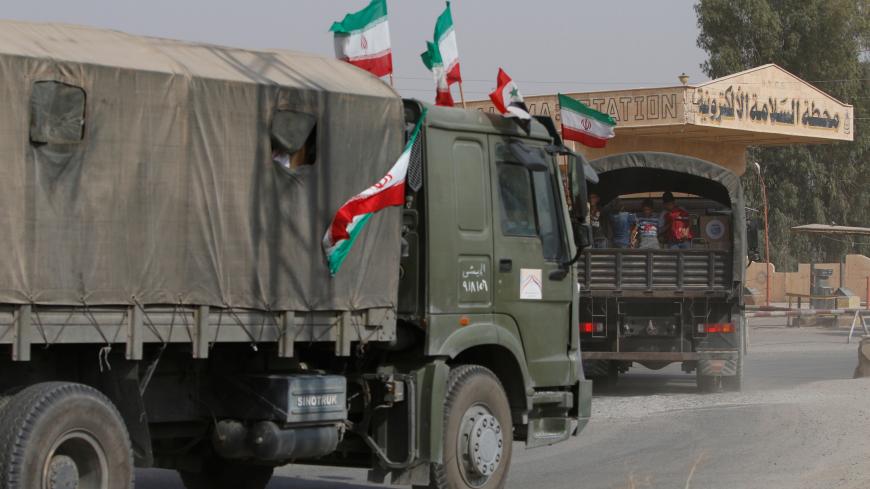 The top commander of the Islamic Revolutionary Guard Corps (IRGC), Maj. Gen. Mohammad Ali Jafari, earlier this week declared that Iran has trained 100,000 voluntary forces to share experiences and know-how with the Iraqi and Syrian militaries. In this vein, Jafari also asserted that Iran’s strategy in the region has been far more effective in containing the Islamic State’s (IS') terrorism compared to that of the United States, which has spent a hefty amount for the same purpose.

The appreciation for these collaborative efforts was manifested in the recent official visit of Iran’s President Hassan Rouhani to Iraq, which attracted international attention. Rouhani arrived in Baghdad at the invitation of his Iraqi counterpart. The visit was publicly announced. His plane touched down in the capital in broad daylight, and high-ranking authorities warmly received him. During his three-day tour of the country, he met with virtually all top officials in Iraq — and also the highest religious authorities, including Grand Ayatollah Ali al-Sistani.

The trip stood in glaring contrast to that of US President Donald Trump, who at the end of December 2018 paid a secret visit to Iraq that involved landing at a US military base with plane lights turned off and with no Iraqi officials at hand to welcome him. The Iraqi president, prime minister and speaker of parliament all refused to meet with him.

The root causes of these contrasts lie in the divergent regional strategies of the United States and Iran.

For some analysts both in the Middle East and beyond, Iran’s 1979 Islamic Revolution is taken to be the landmark juncture from which many of the regional developments are engendered. One of the notable features of post-revolutionary Iran has been its contumacious and trouble-ridden relations with the United States. As many have argued in the past, there is sufficient evidence to suggest that in some crucial areas, the national interests of Iran and the United States systematically converge. For instance, both the United States and Iran found the Taliban regime in Afghanistan and Saddam Hussein of Iraq to be their shared nemeses. Similarly, both Washington and Tehran presently find IS as well as an extensive network of extremist groups such as al-Qaeda, al-Nusra and Boko Haram to be their top priority national security threats.

However, the question is why such a convergence of national security interests does not pave the way for a resumption of bilateral relations between Iran and the United States. One could, of course, argue that the answer lies in the dogmatism and shortsightedness in the making of foreign policy of successive US administrations, such as consistent support of allies in the region who reportedly bolster terror. There are indeed many US intelligence reports that confirm the persistent financial and logistical support of Saudi Arabia for terrorist organizations such as al-Qaeda, al-Nusra and IS. In other words, the ideological sustenance and financial resources of these extremist groups come directly from US allies. Similarly, the United States is providing political and military support to supposed Arab allies that are responsible for instability in the region via disastrous wars such as the one in Yemen.

But perhaps a more important reason for the absence of constructive relations between Tehran and Washington is that consecutive US administrations have viewed their national interests as best served by only capitalizing on allied states as opposed to nations in the Middle East. From the toppling in 1953 of the government of democratically elected Prime Minister Mohammad Mossadegh — who nationalized Iran’s oil industry from colonial forces — to supporting authoritarian regimes in the region, the United States consistently supports unpopular and undemocratic states as anchors to protect its interests. The latter include the shah of Iran, Arab totalitarian monarchies such as Saudi Arabia, and the autocracies of North Africa such as Egypt’s Hosni Mubarak and Tunisia’s Zine El Abidine Ben Ali.

In contrast, the Iranian leadership’s regional security strategy is focused on nurturing ties with nations rather than just states — a strategy that it commenced at home. Entrenched in a protracted eight-year war of aggression that Saddam Hussein waged against Iran and faced with a shortage of human resources in the Iranian national army, the late Ayatollah Ruhollah Khomeini, founder of the Islamic Republic, ordered the establishment of the Basij — an army of 20 million ordinary Iranians, to fight off the Iraqi army. This new yet increasingly militarized force played a significant role in safeguarding the territorial integrity of Iran.

Induced by nationalistic tendencies, Iranians from all walks of life volunteered to defend their country in an illegitimate war of aggression that dragged on between 1980-88. Over the past four decades, this model has been replicated elsewhere in the region. In the early 1980s, Lebanon’s Hezbollah movement was established with Iran’s assistance and training to safeguard Lebanese borders from Israeli aggression. With the rise of IS, the Popular Mobilization Units (PMU) in Iraq were formed in response to a religious edict — a fatwa — issued by Grand Ayatollah Sistani, the supreme religious authority in Iraq. The PMU, with its tens of thousands of ordinary Iraqis, played a vital role in the defeat of IS in Iraq. Hence, the Iraqi government’s reliance on popular forces to deal with national security threats was inspired by the Iranian model of the Basij.

The United States is in a difficult relationship with Baghdad and the PMU amid tensions with Iran. Despite the fact that the US military has praised the PMU as a capable partner in retaking Iraq from IS, Washington deems the Iran-backed Shiite force a menace to the United States. Nevertheless, the Pentagon has stressed that the mission of the US military in Iraq is the defeat of IS, not combating Iran-allied fighters. Therefore, the United States would not attack the PMU since it is a popular Iraqi movement and the hope for the future of Iraq.

In short, the United States and Iran pursue two distinct and divergent strategies in the Middle East. The former invests in maintaining relations with solely regional states, while the latter additionally tries to engage with nations and when necessary help organize popular forces. This divergence of strategies in the region has implications for the bilateral US-Iran relationship — or better put, for the absence of it. For as long as the United States ignores the voices of regional publics, confronts grassroots movements and undermines the will of nations in the Middle East — including the Palestinians — it will only intensify the resentful sentiments in the region. 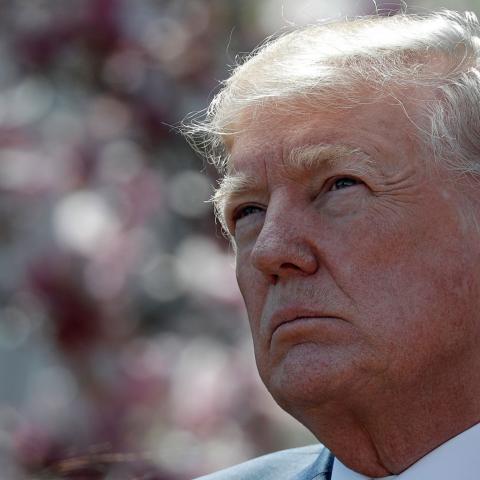