Recent Saudi investments in a Pakistani port near the border with Iran are likely to irk Tehran, but Islamabad’s strategic ties to both Tehran and Riyadh make it a prime contender to ease the tensions. 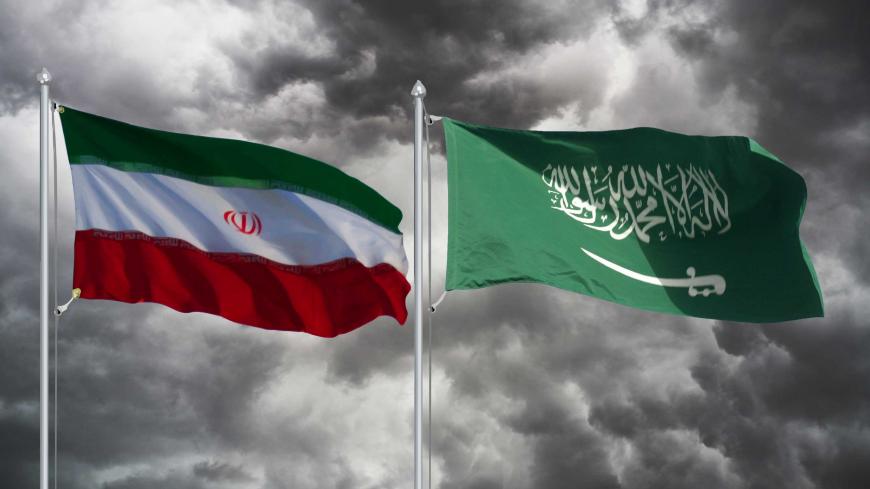 The decades-old rivalry between Saudi Arabia and Iran has re-emerged at a difficult time, with Tehran in economic crisis due to US sanctions. The recent friction started with a tussle over oil pricing. Riyadh offered the world cheaper oil to attract consumers facing any disruption in the Iranian oil supply. The second phase of US sanctions have had a devastating impact on Iran’s oil exports, shipping and banks, hitting the core of the Iranian economy.

Meanwhile, Riyadh has boosted its oil production to ensure stable energy supplies and capture a bigger share of the market. Iran, reverting to decade-old prices to retain its foothold in Asian markets and compete with Saudi oil, has tried to maintain trade.

Banking on big-time clients like China and India, Iran could survive the economic crisis, as China can take US pressure and has US waivers allowing it to buy Iranian oil until June. China, which requires one-third of the global supply of hydrocarbons to keep its economic growth on firm footing, could well be the lifeline Iran needs — but Beijing can’t afford any delays in its oil supply. Taking advantage of this opportunity, Saudi Arabia decisively filled any void left by Iran.

Asia is a prized next-generation market for oil and will remain so even as the West finds alternate energy solutions. Countries like China, India and Pakistan are expected to represent the main oil-export markets for the next couple of decades. Furthering a new economic strategy, Saudi Crown Prince Mohammad Bin Salman recently paid visits to Islamabad, New Delhi and Beijing. By investing in refineries and related projects there, Riyadh has become an important stakeholder. Saudi Arabia especially benefits from Pakistan’s port city of Gwadar, the focal port of China’s flagship China-Pakistan Economic Corridor (CPEC). Gwadar, which can provide transport to mainland China in just seven days, is poised to become the main base station for Saudi Arabia, the Middle East and Africa.

Though it is a near win-win situation, there is a catch.

As Saudi Arabia is depriving Tehran of a good chunk of the Asian oil market, Iran might not be eager to have its rival in its immediate proximity. Pakistan shares a long desert border with Iran, and Gwadar lies just 175 miles from the Iranian port of Chabahar, which Iran shares with India. To make matters worse, Iran and Saudi Arabia are on opposite sides of the fence in proxy conflicts in Syria and Yemen.

Considering these edgy bilateral ties, Pakistan faces tough times ahead keeping a balance between Riyadh and Tehran. Crafting a foreign policy to suit both has never been easy. In the recent past, having opted to remain neutral on the Yemen issue, Pakistan faced a deterioration of ties with Saudi Arabia and the United Arab Emirates. Likewise, in 2015, when Saudi Arabia formed the Islamic Military Alliance to fight Terrorism — excluding Iran, Iraq and Syria — and chose retired Pakistani Gen. Raheel Sharif to lead it, Iran wanted an explanation.

Until now, Chabahar was never considered a threat to Gwadar. With the flourishing port of Bandar Abbas on Iran’s southern coast, Chabahar was just one option for Iran. It seemed likely that it would wind up as a sister port of Gwadar if Iran joined CPEC or even the Shanghai Co-operation Organization. But this possibility seems remote now, and Iran is bound to bring up Chabahar as a contender due to the Saudi presence in Gwadar.

Sharing similar fears recently, former Pakistani Minister for Ports and Shipping Mir Hasil Khan Bizenjohas warned, "Gwadar is close to Iran's Chabahar port and the Reko Diq project close to Zahedan, which is the capital of Iran's Sistan-Baluchestan province. Sunni militants [who subscribe to the Saudi Wahhabi ideology] are active in the area. Why would Tehran not be disturbed by Saudi Arabia's investment in Gwadar?”

There have been problems in the past in the volatile Sistan-Baluchestan province, and Pakistan helped capture Sunni rebel leader Abdol Malek Rigi for Iran in 2010. But if there’s any trouble now, Iran might hold Saudi Arabia responsible and Chabahar could turn into a security challenge for the Gwadar port. To avoid such a situation, Pakistan will have to maintain strict neutrality and seek rapprochement between the countries.

Consequently, resetting Saudi-Iran relations is the best option for all the stakeholders, even though there are hard-liners on both sides. As an important country for both Riyadh and Tehran, Pakistan is influential enough to soothe their misunderstandings. Being a Muslim nuclear power, Pakistan is important for the Saudi security equation. Iran has special interests in Pakistan, and the latter’s large Shiite population is second only to Iran’s.

Recognizing the need for such mediation as soon as he was elected last year, Pakistani Prime Minister Imran Khan stressed, “Our aim will be that whatever we can do for conciliation in the Middle East, we want to play that role.” Wishing for stronger ties with the new government, Iran responded positively. It was one of the first countries to congratulate Khan on assuming office, followed up with a visit from Iranian Foreign Minister Mohammad Javed Zarif.

Last year, Iran even celebrated Pakistan’s Independence Day for the very first time. However, the Pakistani prime minister’s first foreign trip was to Saudi Arabia, even though Iranian President Hassan Rouhani had extended an invitation first. Khan requested economic assistance from Saudi Arabia and the UAE. Understandably, approaching Iran for the same was out of the question, with Iran in economic crisis due to the US sanctions.