Rising tensions between Iran and Pakistan is pushing decision-makers in Tehran and New Delhi closer to each other, with potentially far-reaching consequences for the region. 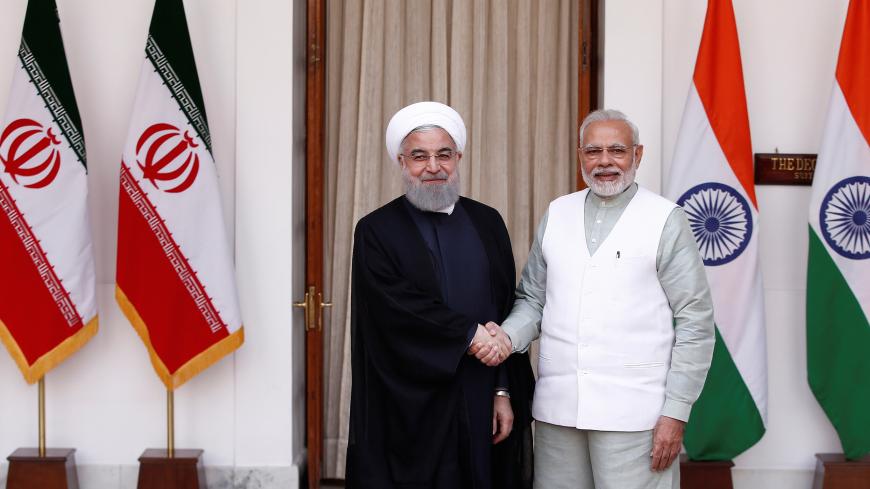 Two separate terrorist attacks in Iran and India last month - both perpetrated by Pakistan-based Islamist groups - have accelerated the ongoing convergence of Tehran and New Delhi. The first attack took place Feb. 13 in Iran’s Zahedan province, claiming the lives of 27 members of the Islamic Revolutionary Guard Corps. On Feb. 14, in Kashmir's Pulwama, a suicide car bomb killed 40 members of the Central Reserve Police Forces. The attack in India was attributed to Jaish-e-Mohammed, and the Iranian attack to Jaish ul-Adl.

On Feb. 16, Iran's Deputy Foreign Minister Abbas Araghchi met with India’s External Affairs Minister Sushma Swaraj and both agreed “on close cooperation to combat terrorism in the region,” per Araghchi’s tweet. But is Tehran really considering shifting its foreign policy in the subcontinent to ally with India against Pakistan? And will Iran side with India over Pakistan on the Kashmir issue and wider security issues?

Iran and Pakistan’s relationship has historically been quite warm. Iran was the first country to recognize Pakistan as an independent country in 1947, and the shah of Iran was the first head of state to pay an official visit to the newly established Pakistan in 1950. The cordial relationship was partly based on “belonging to the same stock, having a common heritage and sharing the same ideals,” in the shah’s words, but also “because of political wisdom,” or geopolitics. This political wisdom was embodied in CENTO, the anti-Soviet military alliance, comprising Turkey, Iraq, Iran, Pakistan and the United Kingdom in the late 1950s. Iran also provided vital military support to Pakistan in both Indo-Pakistani wars of 1965 and 1971.

Surprisingly, both countries' politics underwent an Islamization during the late 1970s: In Pakistan, Muhammad Zia-ul-Haq took power in 1978, only a few months before the Islamic Revolution in 1979. Though Islam was understood to be a uniting factor in Iran-Pakistan relations before the revolution, it became a divisive force once Zia made his country a sanctuary of the Saudi-financed madrassa movement, which was vehemently anti-Shiite and anti-Iran. Despite Iran's support of the mujahedeen against the Soviet Union, it backed different groups than Pakistan. After the withdrawal of Soviet forces from Afghanistan, tensions between Iran and Pakistan skyrocketed, as the Taliban killed dozens of Iranian citizens, including diplomats, in 1998 in Mazar-i-Sharif. The plight of Pakistan's Shiites, including widespread discrimination, has always been a cause of divergence between Iran and Pakistan.

Presently, Pakistan — in pursuit of much-needed cash and in tandem with its Sunni ideology — has chosen to get closer to Saudi Arabia in areas that Iran perceives as strategic threats. Saudi oil company Aramco has agreed to build a multibillion-dollar refinery in Gwadar Port, about 105 miles east of Iran's Chabahar Port. Pakistan has also opened the Reko Diq gold and copper mines, less than sixty miles from the Iranian border, to Saudi investment. Both projects have sounded alarm bells in Tehran, as they are located in the lawless province of Baluchistan in Pakistan. Iran is concerned that Saudi Arabia might use these projects as bases to destabilize Iran, in which case it would also jeopardize the future development of the India-backed Chabahar port.

Chabahar provides India access to Afghanistan and Central Asia without passing through Pakistan. Thus, at least on this strategic issue, Iran and India naturally stand together against the destabilizing influence of Saudi-backed militias within Pakistan.

On Feb. 27, Heshmatollah Falahatpisheh, chairman of Iran's parliamentary national security commission, warned that Pakistan’s inability or unwillingness to crack down on terrorists responsible for the attack on the Islamic Revolutionary Guard Corps might prompt Iran to boost security cooperation with India, which could isolate Pakistan. On March 7, Falahatpisheh welcomed Pakistan’s designation of Jaish-e-Mohammed as a terrorist group, but he also repeated his warning. Gen. Qasem Soleimani, the commander of the elite Quds Force, ascribed the attack to the influence of Saudi money in Pakistan, and promised to get revenge on the terrorists.

Recent statements are in line with Tehran's gradual change in perceptions on the issue of Kashmir, viewing it more as a Sunni rather than an Islamic issue. Even many Indian Shiites do not support the Kashmir insurgency and prefer to live under the banner of Delhi rather than Islamabad. A prominent Indian Shiite leader, Maulana Kalbe Jawad, once said, “There is no place where Shiite Muslims are safe except Iran and India.” Kalbe Jawad warned of a “growing Wahhabi influence from Saudi Arabia.” Thus, it should not come as a surprise that some Shiite communities side with India over Pakistan in the recent tensions in Kashmir.

India's Shiite community — a minority within the Muslim minority — has increasingly decoupled itself from Sunnis and chosen to side with nationalist Hindu movements. Iran’s closer relations with India, then, resonate with its commitment to support Shiite communities against adversaries. An example of this growing convergence of Shiite and Hindu nationalism against Sunnis is the Lok Sabha elections of 2014, when many Shiite leaders, including Kalbe Jawad, urged their followers to vote for the BJP rather than the Congress Party. Various Shiite groups have also announced their support of the BJP in the 2019 elections, because, according to one of the Shiite leaders, “no other political party except the BJP cared for Shiite Muslims.” Shiite groups side with the BJP rather than Sunni Muslims when it comes to heated issues like the construction of Hindu temple Ram Mandir in the Indian city of Ayodhya, banning triple talaq (instant oral divorce) and endorsing a ban on cow slaughter. In sum, apart from geopolitics, Iran will also have a solid ideological backdrop if it chooses to align with India vis-a-vis Pakistan. 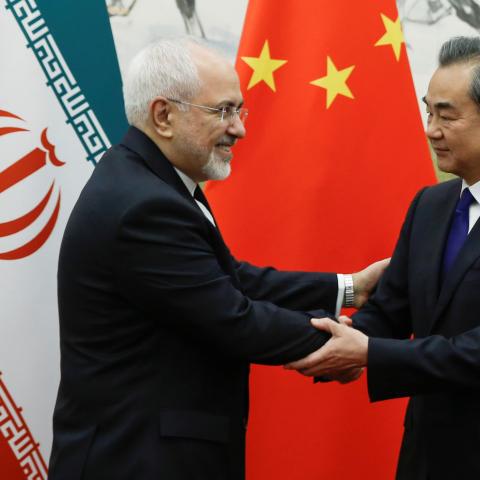