Iran, India and Afghanistan may finally sign a much-delayed transit agreement, throwing open the doors for greater engagement between New Delhi and Tehran. 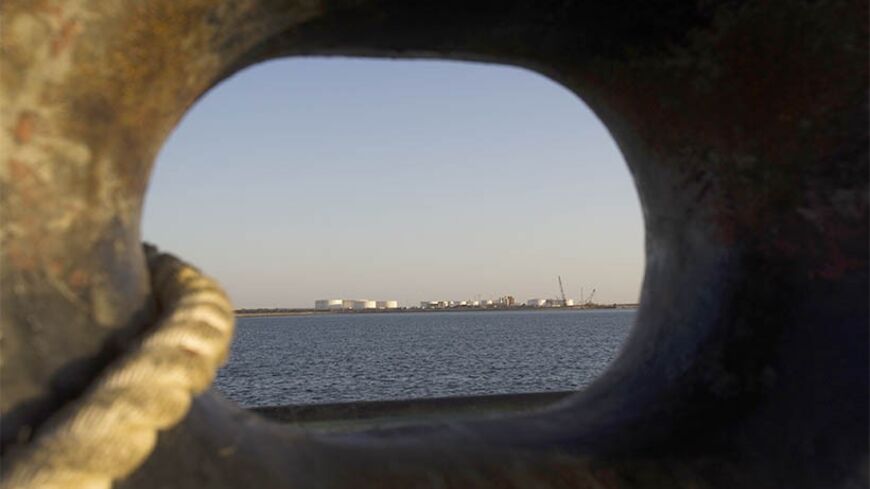 A general view of an oil dock is seen from a ship at the port of Kalantari in the city of Chabahar, east of the Strait of Hormuz, Jan. 17, 2012. - REUTERS/Raheb Homavandi 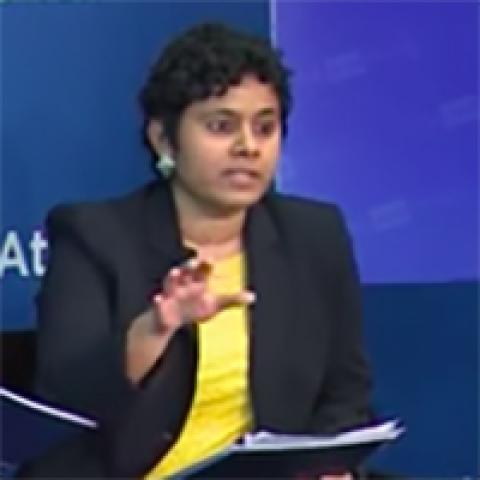 Almost a decade after Iran, India and Afghanistan agreed to develop a transit route connecting Afghanistan to Iran’s newly developing Chabahar port, the project is finally set to take off. The Afghans recently announced that the draft of the memorandum of understanding for road transit of commodities had been finalized and ready to be endorsed by all countries, perhaps as early as next month.

This development provides fresh impetus to Iran and India's bilateral relationship, which had lost considerable steam since 2005. Among other factors, economic constraints resulted from the sanctions imposed on Iran and India’s own policy realignment after its rapprochement with the United States.

Iran has long promoted guaranteed land and sea access to Afghanistan, Central Asia and beyond to the Indians, who are very keen on an alternate trade route to the region, since transit through Pakistan has not been an option. Yet, another strategic piece is the International North-South Trade Corridor promoted by India, Iran, Oman and Russia to connect freight from the Indian Ocean to Europe and Russia via Iran, Central Asia and the Caucasus.

India thus finds great economic and strategic value in the port of Chabahar. Located on the Makran coast in the southeastern province of Sistan and Baluchistan, it is not only Iran’s first deep-water port but also its only port directly facing the Indian Ocean. Chabahar is located just 72 kilometers (44 miles) west of Pakistan’s deep-water port of Gwadar, built with Chinese assistance.

The Iranians, with Indian support, have already connected the port by road to the Afghan border town of Zaranj and the Afghans, keen to wean off their dependence on Pakistan, have welcomed the opportunity to boost trade with India via Iran through the creation of a direct sea link from Chabahar.

For India, the road to this transit agreement has been long and expensive. After 10 years of sluggish progress marred by delays on both the Iranian and Indian sides, much-needed momentum was injected into the tripartite discussions on the sidelines of the Non-Aligned Movement summit in Tehran in August 2012, when all three countries agreed to set up a joint working group to speed up the process.

So far, New Delhi has committed about $100 million to upgrade the facilities in Chabahar. It spent another $135 million to construct a 200-kilometer road from Delaram in western Afghanistan to the border town of Zaranj, operational since 2009. There are also plans to build a parallel 900-kilometer railway from the iron-rich Hajigak region of Afghanistan’s central Bamiyan province to Chabahar port, though the mining project is currently stalled.

Earlier this year, Indian officials also expressed their willingness to establish a direct shipping lane from Chabahar to Indian ports to bypass Dubai and cut transit costs for all countries involved. At a meeting with Iranian Minister of Road and Urban Development Abbas Akhoundi, Indian Ambassador to Iran D. P. Srivastava estimated an initial investment of $147 million would be needed for the construction of a container terminal to facilitate the project.

With an official road-transit agreement now approaching the finish line, India’s gamble on Iran looks less likely to fail than it did in the past. However, considering the upcoming elections in India, it will be up to the next government in New Delhi to keep up this renewed momentum. In less than a month, India will have a new leader. If polls are any indication, the country’s next government may be led by the main opposition party, the Hindu nationalist Bharatiya Janata Party (BJP) — an old friend to Iran.

In 2003, it was the ruling BJP government, led by Prime Minister Atal Bihari Vajpayee, that initiated the development of Chabahar by forging a “strategic partnership” during then-Iranian President Mohammad Khatami’s visit to India. This document envisaged closer cooperation on Afghanistan and improved defense ties and even spurred the formation of a joint Indo-Iranian working group on terrorism that meets to this day.

It was current Iranian President Hassan Rouhani, then the secretary of the Iranian Supreme National Security Council, who steered many of these discussions from the Iranian side.

Of course, the year is now 2014 and the BJP candidate increasingly touted to be India’s next prime minister — Narendra Modi — is a particularly controversial man who faced accusations of conspiring in the 2002 riots in his home state of Gujarat when he was chief minister. Though the charges were dropped, his past may leave Muslim nations, including Iran, wary. However, Modi has remained a constant critic of the West, particularly the United States (having been denied a visa in the past), and an enthusiastic proponent of regionalism — suggesting he may see eye to eye with Rouhani.

The year 2014 will be a challenging year in India and Iran’s shared neighborhood. The security transition in Afghanistan with the withdrawal of foreign troops and growing anxiety over Pakistan’s terror machinery and its spillover are common concerns. Strengthening Afghanistan’s economic and trade linkages by connecting the landlocked country to the Indian Ocean and beyond are an essential step toward ensuring stability in the region.

Ultimately, regardless of who becomes India’s next leader, there is a growing call from the Indian strategic community urging the next government to prioritize its engagement with Iran and tap into opportunities to reactivate strategic and economic links. Such policies would be welcomed by an Iran that is today working toward ending its international isolation.

Although the interim nuclear deal between Iran and the UN Security Council does not provide immediate relief on energy concerns, India is keeping a close watch on events and remains optimistic that its relations with Iran will gain further traction in the medium term. A trilateral transit agreement after a decade’s wait may well signal that much-needed reset. 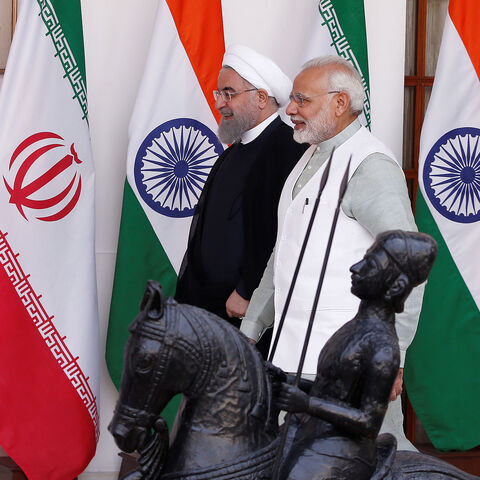