Did Iran ever stop funding Hamas?

Iran has reportedly resumed its aid to the Palestinian Hamas movement, after years of estrangement over regional issues. 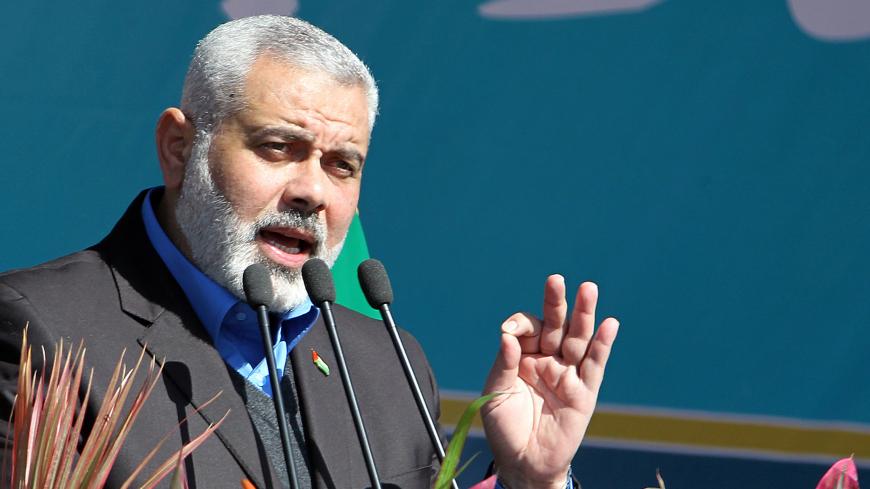 GAZA CITY, Gaza Strip — Iranian-Hamas relations have been growing warmer, especially after the new Hamas leadership was elected in May 2017, which re-established the movement's relationship with Tehran and resolved all differences that resulted from Hamas' neutral stance on the conflict in Syria in 2012.

Commander of the Islamic Revolutionary Guard Corps' Quds Force Qasem Soleimani said during an event held in the northern Iranian city of Babol on Feb. 21 that Hamas was one of Tehran's friends in the Arab region, praising what he called “the firm foundations” of Lebanese Hezbollah and the Palestinian Hamas movement with Iran.

Al-Quds newspaper quoted anonymous Palestinian sources March 4 as saying that Iran had re-established its financial support for Hamas. Tehran would provide $15 million annually to the movement in principle, an amount that would likely double in the coming period, according to the paper.

Tehran significantly reduced its financial and military support to Hamas following the departure of the movement's leadership from Damascus in February 2012, and its neutrality over the internal Syrian conflict, as well as its announcement in March 2015 to stand by the internationally recognized government in Yemen supported by Saudi Arabia.

Iran had wanted Hamas to take positions in support of the axis of resistance in the Arab region; Tehran was angered by the Hamas leadership at the time and limited ties as well as financial and military support to the movement. However, with the election of the new Hamas leadership, after which prominent Hamas leaders frequently visited Tehran, support was restored. The most recent visit took place Nov. 22, during which top Hamas officials discussed with Iran's parliament speaker Ali Larijani the latest developments in the Palestinian arena, including the return marches. Larijani pledged to support Palestinians in international forums, Iran announced Nov. 27, taking the wounded and victims of the return marches under its wing.

A senior Hamas official told Al-Monitor on condition of anonymity that Iranian financial and military support for his movement did not stop despite their different points of view on the conflict in Syria, while saying that support has not been consistent in recent years.

He said Hamas' relationship with Tehran is at its best after several Hamas leaders visited Iran in recent months, during which the movement was able to strengthen its relationship with the Iranian regime and put an end to any previous misunderstanding regarding Hamas' position on the conflict in Syria.

The Hamas official refused to give a precise figure of the funds Hamas receives from Iran annually, stressing that Iran has been and remains the most prominent supporter of Hamas, both in terms of money and weapons.

The decline in Iranian financial support to Hamas in recent years has affected the movement and led it into a major financial crisis. It was forced to close several of its media institutions, such Al-Quds satellite TV and the Palestinian Information Center, the most recent example of which was in February; Hamas also started paying only half salaries or less to its employees.

The US envoy to the Middle East peace process, Jason Greenblatt, tweeted Feb. 4, 2018, that Iran is giving $100 million a year to Hamas to buy weapons and build tunnels to attack Israel. Iran and Hamas did not comment on Greenblatt’s remarks.

Hussein Sheikh al-Islam, and adviser to Iran's foreign minister, told Al-Monitor that Iranian financial and military support for Hamas and the Palestinian factions in the Gaza Strip never once stopped, saying Tehran has placed its capabilities at the disposal of the axis of resistance.

“Iran is ready to provide all support to any movement that stands in the face of the arrogant forces of the US, Israel and the terrorist groups that support it,” Sheikh al-Islam said. “Hamas is an important part of that axis and its ties to Iran grew stronger following the election of the new and wise leadership.”

On Nov, 27,Iran said it would take under its wing all the victims and the wounded of the marches of return and breaking the siege in the Gaza Strip that started in March 2018.

Iran has focused its financial support on Hamas’ military wing, the Izz ad-Din al-Qassam Brigades, which maintained strong ties with Tehran and its allies in the region, specifically Hezbollah, unlike the political wing at the time, which Tehran believed was behind Hamas' departure from Syria, which created tension with Iran and the Syrian regime.

Hadi Barhani, a political analyst and professor of Palestinian studies at Tehran University, told Al-Monitor that there is a strong Iranian will to keep on with financial and military support for the Palestinian factions, particularly Hamas and the Islamic Jihad, along with other movements in the region such as Hezbollah.

He said Iran is under pressure from the United States and some European countries to stop that support, or at least reduce it, but Iran has refused.

Barhani said Iran has reiterated its support for Hamas, the Islamic Jihad and other armed organizations on several occasions, regardless of the US economic sanctions’ strong impact on the Iranian economy.

Saber Kol Anbari, an Iranian writer and a researcher for Al-Jazeera.net, told Al-Monitor that Iranian foreign policy — specifically that involving the Palestinian resistance movements and the support given to them — is not subject to change despite the US and Western sanctions that affected the Iranian economy.

He said that the relations between Iran and Hamas have remarkably improved recently and that this was reflected in Soleimani’s statement in which he praised the movement and its strength in confronting Israel.

Kol Anbari said the two parties are in dire need to build stronger ties, now more than ever, as some Arab regimes are opting for normalization with Israel.

Although the Iranian regime and Hamas have confirmed that the financial support provided to the latter has not stopped, its decline in recent years has had a clear impact on the movement, in light of the scarcity of resources and donations Hamas used to collect from some Arab countries before the Arab Spring.