Intel: How Syria policy zigzags are confounding US allies

The Wall Street Journal reported Sunday that the Donald Trump administration continues to walk back its pullout from Syria and is now considering leaving as many as 1,000 US troops in the country. 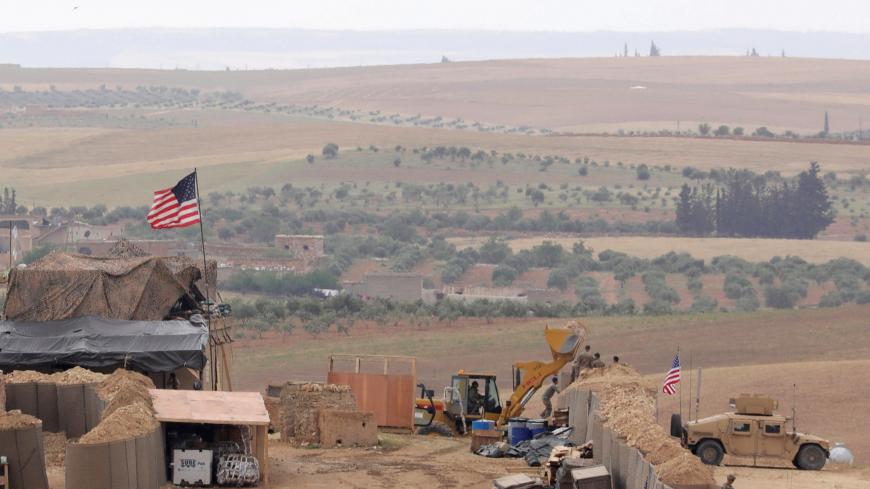 The Wall Street Journal reported Sunday that the Donald Trump administration continues to walk back its pullout from Syria and is now considering leaving as many as 1,000 US troops in the country to defeat the remnants of the Islamic State. The Pentagon’s top general, Joint Chiefs Chairman Joseph Dunford, immediately pushed back, calling the report “factually incorrect.”

Why it matters: The internal debate represents another twist in the US administration’s Syria policy, which has gone through a series of hairpin turns over the past year. Even if US troops remain, the administration will have to work to regain the trust of its Syrian Kurdish allies, who are increasingly talking of turning to Bashar al-Assad to protect them against Turkish incursions.

Here’s a timeline of US shifts on Syria:

• March 29, 2018: President Trump tells an Ohio rally that US troops will be coming out of Syria “very soon.”

• April 3, 2018: US Central Command chief, Gen. Joseph Votel, insists pulling out of Syria would set back US goals; at the same moment, Trump calls for letting the Gulf Arab states “take over and pay for stabilizing and reconstructing areas liberated from the Islamic State,” according to Washington Post reporting at the time.

• April 13, 2018: The United States strikes suspected Syrian chemical weapons facilities for the second year in a row. "America does not seek an indefinite presence in Syria under [any] circumstances," Trump says in a White House speech. "As other nations step up their contributions, we look forward to the day when we can bring our warriors home."

• Dec. 14, 2018: Trump tells Turkish President Recep Tayyip Erdogan that Syria “is all yours. We are done.”

• Dec. 21, 2018: Secretary of Defense Jim Mattis resigns in the wake of the Syria withdrawal decision. Brett McGurk, the US envoy to the coalition to defeat the Islamic State, follows Mattis out the door Dec. 22 (McGurk had already been planning to leave in February).

• Jan. 13, 2019: Trump promises to start “long overdue” US pullout from Syria and pledges to create a safe zone to protect US-backed Kurdish allies.

• Feb. 21, 2019: White House spokeswoman Sarah Sanders says the United States will keep a peacekeeping force of 200 troops in Syria “for a period of time.” That number is quickly revised to up to 400 US troops. The Trump administration asks European allies to contribute another 800 to 1,500 troops, per CNN.

• March 11, 2019: The State Department unveils a budget request for fiscal year 2020 that zeroes out stabilization aid for opposition-held areas of Syria.

With friends like these: After nearly a year of turmoil, even America’s closest friends have questions. The Wall Street Journal reports that even if 1,000 American troops stay, US European allies have yet to commit to the new mission, which would support the counter-Islamic State fight but not a safe zone for the Kurds.

What’s next: Dunford said in his statement rebutting the Wall Street Journal article that the United States has conducted “detailed military planning” with the Turkish General Staff and has an “initial concept that will be refined in the coming days.” But Turkey may be moving more quickly than the Pentagon had anticipated: Ankara said in a statement today that it had carried out joint strikes with Iran against the Kurdistan Workers Party (PKK).