Hamas’ crackdown on Gaza Strip protesters demanding a better life has troubled the party's relations with left-wing PLO factions — relations that have grown since the anti-occupation March of Return took off a year ago. 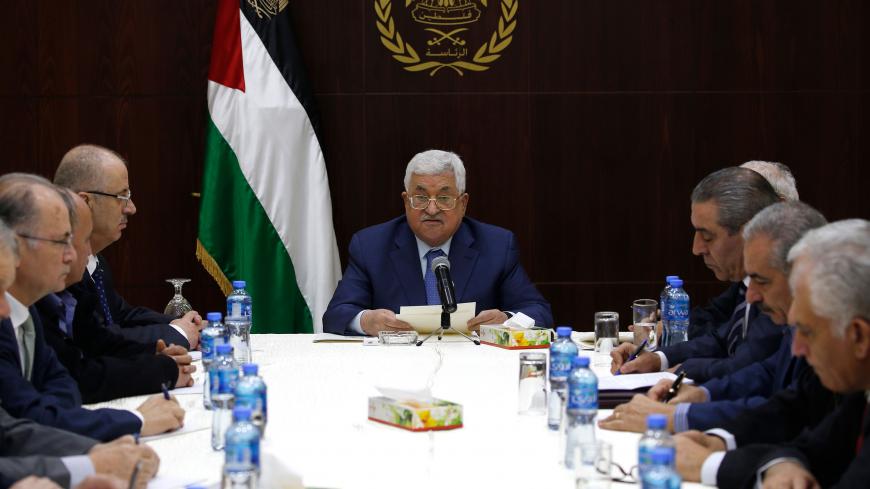 GAZA CITY, Gaza Strip — A dispute between Hamas and the PLO's main leftist factions has breached the recent unprecedented harmony in their relations, perhaps derailing what one Hamas source said is an effort to build a coalition against Palestinian President Mahmoud Abbas.

The leftist factions — the Popular Front for the Liberation of Palestinian (PFLP) and the Democratic Front for the Liberation of Palestine (DFLP) — ascribed the rift to Hamas using violence and arresting participants in popular protests March 14-15 against the worsening living conditions in the Gaza Strip. The peaceful protesters marched under the slogan “We want to live.”

On March 16, nine leftist groups, including the PFLP and the DFLP, met with Hamas rival faction Fatah at the PFLP office in Gaza City to appraise the protest. In a statement, they denounced the arrests of protesters and demanded that Hamas apologize and withdraw its security forces from the streets.

Abbas leads Fatah and the Palestinian Authority and is president of the PLO Central Council. But Hamas had managed to strengthen its alliance with the leftist factions by involving them in the weekly protests known as Marches of Return. The alliance helped generate a political bloc opposing Abbas' policies, especially his measures to undermine Hamas rule in the Gaza Strip and efforts to form a new government involving all factions save for Hamas.

Since February 2016, when the PFLP and DFLP said they were in favor of a teachers’ strike protesting the worsening living conditions in the West Bank, tensions have prevailed between the groups and Abbas. That April, Abbas began withholding the PLO's monthly allocations for the PFLP and DFLP, which range from roughly 30,000 shekels to 50,000 shekels ($8,300-$13,800).

The tension escalated last year when the PFLP and DFLP did not attend the October session of the PLO Central Council because of Abbas’ ongoing security coordination with Israel.

Speaking to Al-Monitor on condition of anonymity, an informed Hamas source said, “Hamas believes the alliance with the PLO’s largest leftist forces [the PFLP and DFLP] to be a remarkable achievement of the return marches.” The source confirmed that this partnership is indeed founded on joint political stances opposing the already-mentioned Abbas policies, and he cited even more: Abbas' support of the Oslo Accord with Israel and his unilateral decision-making. In addition, Hamas, the PFLP and DFLP are all committed to the peaceful return marches as a way to force Israel to end the siege on Gaza, he said.

The source pointed to Hamas’ willingness to promote this alliance, with the goal of developing it into a cohesive PLO leftist group opposed to Abbas’ policies. The alliance, he added, has “caused Fatah a good deal of anger.”

Fatah leader Yahya Rabah told Al-Monitor, “Hamas has been controlling the political stance of some of the leftist forces partaking in the return marches, since their start in the Gaza Strip.” He added, “Multiple leftist forces have now embraced Hamas' stances, fully opposing Fatah and Abbas. Most recently, the PFLP and the DFLP refused to join [the formation of a Fatah-led] government involving the PLO factions, which Abbas urged March 10.”

Despite those warming relations between Hamas and the leftist factions, the PFLP announced March 18 it would boycott a weekly maritime protest — held in conjunction with the return marches — which Hamas organizes every Tuesday along the northern coast of the Gaza Strip.

“We are boycotting the maritime protest for one week only. It is a move in protest against the Hamas security apparatus abuses against participants in the popular protest," Kayed al-Ghul, a member of the PFLP’s political bureau, told Al-Monitor. “The PFLP is in favor of any popular protests demanding a decent life, be they in the West Bank or the Gaza Strip.” Hamas’ ongoing repression of the marches threatens to “disturb the political harmony between Hamas and the PFLP,” he said.

Ramzi Rabah, a member of the DFLP’s political bureau, told Al-Monitor, “The participants in the popular protests were violently attacked. This was never expected from Hamas.”

He demanded that Hamas free all of the demonstrators from its prisons at once, and called for the formation of a committee to investigate the abuses. Like Ghul, Rabah said, “Hamas carrying on with the oppression of the protests will have a detrimental effect on the future of our relations.”

Mukhaimer Abu Saada, a political science professor at Al-Azhar University in Gaza, told Al-Monitor, “The left-wing parties’ pro-demonstration stances, especially those of the PFLP and DFLP, have annoyed Hamas, particularly since it considers the protests to be a Fatah conspiracy to carry out a coup against its rule in the Gaza strip.”

He added that the leftist groups' differences with Hamas, however, haven't moved them closer to Fatah, “because they are beset by deeper political differences correlated with Abbas financially extorting the PFLP and DFLP for opposing his policies.” Nor will the PFLP and DFLP let their frustration with Hamas' violence against the public protests over poor living conditions undermine their participation in the return marches, which they consider part of the anti-Israel struggle that partisan differences should not disrupt.

But Talal Awkal, a political analyst for the Palestinian al-Ayyam newspaper, said, “If Hamas doesn't halt its oppressive practices against the popular protests, its alliance with the left and political partnership in several [events], such as the return marches, will be disturbed.”

He told Al-Monitor, “These forces are politically independent and measure their convergence with this or that faction, such as Fatah and Hamas, based on the extent to which these factions’ stances are in harmony with the left's political positions.”