Five Palestinian left-wing factions have announced a new democratic alliance aimed at breaking the political hegemony of Fatah and Hamas, but not everyone seems optimistic about it. 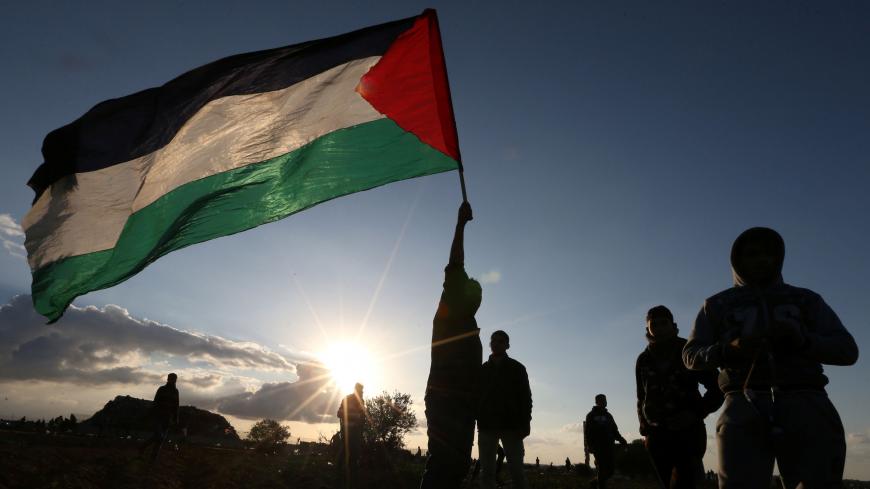 GAZA CITY, Gaza Strip — During a press conference concurrently held Dec. 23 in Gaza City and Ramallah, five left-wing Palestinian factions announced the formation of an alliance called the Palestinian Democratic Group, following consultations that had been ongoing since August 2016.

Mariam Abu Daqqa, a member of the PFLP political bureau, told Al-Monitor that the alliance was announced at this specific time due to the declining international interest in the Palestinian cause amid the anti-Palestinian Israeli and US policies. It also came as a result of the internal Palestinian division between Fatah and Hamas.

The alliance will be jointly run by the five leftist parties as it has no leader.

Mustafa Barghouti, the secretary-general of the PNI, told Al-Monitor that the alliance’s mechanism of action is based on the principle of collective participation in the decision-making process.

Khaled Mansour, a member of both the political bureau of the PPP and the founding committee of the Palestinian Democratic Alliance, told Al-Monitor that the alliance's activities will kick off in early 2019 through mass rallies in the Gaza Strip and the West Bank. People will also be called upon to participate in peaceful marches that would stand up to the Israeli attacks in the West Bank.

Mansour said that the alliance has developed a political and social program divided into several categories that tackle social freedoms and aim at reactivating the PLO institutions and ending the division while defending the rights of citizens in the face of the ruling authorities in Gaza and the West Bank.

The PLO is the sole representative of the Palestinian people.

The alliance will be operational in both the West Bank and the Gaza Strip, and its offices will be holding regular meetings in order to coordinate efforts.

For instance, although the five factions had announced a unified list to run in the local elections in August 2016, their list was dealt a blow after the elections were postponed until May 2017. While factions such as the DFLP and the PNI participated in the elections, others such as the PFLP chose to boycott them on the grounds that they were only held in the West Bank and not in Gaza. Hamas refused holding the elections in the Gaza Strip at the time.

Also, due to the Palestinian division that plagued the leftist camp, some leftist factions participated in the PLO’s Palestinian National Council session held April 30, while others boycotted it. The session was held in Ramallah, which made it hard for the leaders of those leftist factions to attend it due to the Israeli security restrictions preventing them from entering the West Bank. Another reason that led these leaders to boycott the meeting is that they wanted to show solidarity with Hamas and Islamic Jihad, which called for holding the session in any Arab country so that they could attend it. Fatah refused such calls.

Mohsen Abu Ramadan, a member of the PLO Central Council, told Al-Monitor that the alliance serves as a lever for the advancement of the Palestinian cause and the PLO. He said that the alliance does not aim at replacing the PLO but at developing and activating its institutions.

Hammad al-Arqab, a leader in Hamas, told Al-Monitor, “We are all for Palestinian bodies and alliances that believe in national values and contribute to the support of Palestinian institutions.” He expressed Hamas’ readiness to cooperate with the alliance or with any other Palestinian political body, and pointed out that his movement supports the alliance’s efforts to put an end to the internal division.

Mukhaimer Abu Saada, a professor of political science at Al-Azhar University in Gaza, told Al-Monitor that the forces that formed the alliance have more things in common than things that make them different, as they all belong to the leftist communist ideology. He said the alliance would serve as a glimmer of hope and help break the political polarization that has been ongoing between Fatah and Hamas since 2006 and that has harmed the Palestinian cause.

He noted, however, that the success of the alliance remains a challenge amid the political and popular clout enjoyed by both Fatah and Hamas.

Hani Habib, a political analyst and writer for the Palestinian Al-Ayyam newspaper, told Al-Monitor he was not very optimistic about the alliance and its ability to implement its political program. He noted that before announcing a new alliance, the leftist factions should have examined the reasons that previously impeded the establishment of such an alliance.

He added, “The reasons that previously led to the failure of a unified leftist body are still valid. Chief among these is that each party is working on achieving its own interests. Add to this the disputes arising over the problem-solving mechanism within the PLO.”

Although some in the Palestinian arena are skeptical about the success of this alliance, only actions will define the alliance’s ability to establish itself as a strong third Palestinian movement.