Despite negative media coverage, Libya’s military strongman Gen. Khalifa Hifter’s takeover of Sabha in the south was widely welcomed by local tribes that are tired of dealing with gangs and criminals. 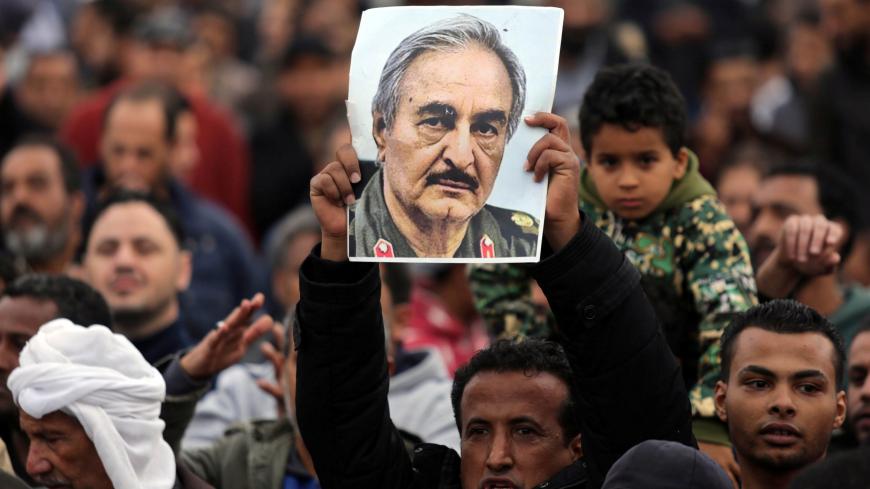 A man holds a poster of Libya's Gen. Khalifa Hifter during a rally demanding he to take over, Benghazi, Libya, Dec. 17, 2017. - REUTERS/Esam Omran Al-Fetori 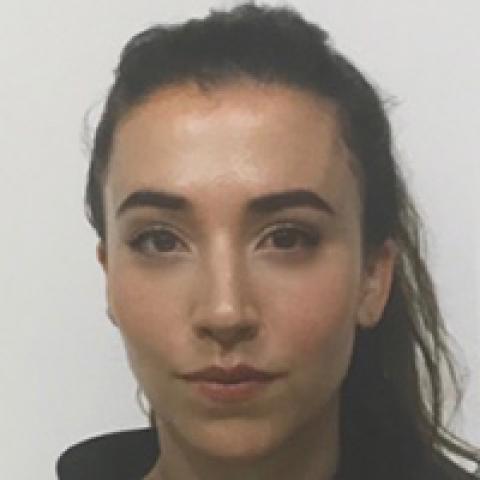 The three main tribes in Libya’s southern Fezzan region largely support Gen. Khalifa Hifter’s military takeover. Despite little media coverage, his Libyan National Army (LNA) has come to an agreement with most of the main tribal authorities in Libya’s southern capital city, Sabha, and other areas in the southeast. The military operation has restored some security in a part of the country where human, fuel and drug trafficking has run rampant since the fall of Moammar Gadhafi’s regime in 2011.

Libya’s three main southern tribes are Awlad Suleiman, Tebu and Tuareg. They have all released official statements declaring support for Hifter’s army, though some members have raised concerns for the LNA’s reputation of brutal military force over the territories it controls. Awlad Suleiman released a statement through its municipal council, rather than directly through its tribal spokespersons, to avoid disputes with the rival Tripoli government it receives support from.

Despite the complexity of Libya’s war, the key southern region — which has been lawless for almost a decade — has now seen a return to the rule of law with Hifter’s military advances in the south.

In addition to the majority of the tribes, other Libyans also appear to be supportive of Hifter’s military operation, according to individuals and organizations in the area.

“We haven’t heard of kidnappings or thefts since the LNA forces took over,” a spokesperson for the Fezzan Libya Organization, a civil rights group based in Sabha, told Al-Monitor on condition of anonymity.

Abu Bakir, the son of the head of the Tebu tribe, told Al-Monitor, “Most regular people in the south support this operation because they have had problems traveling in the area without fear of kidnapping. They needed someone to restore security in their daily lives,” He added, “Human trafficking, smuggling and kidnapping have all gone down considerably in the areas under the LNA’s control.”

The spokesperson for the Fezzan Libya Organization said civilians are “definitely” on the side of the LNA. “While interacting with people here, they’re quite excited about the LNA coming into Sabha, and some people are wary some militias or tribes might try to counteract their influence,” he said.

Despite the negative media coverage, the LNA took control over key areas in the south on relatively peaceful terms by coming to agreements with the tribes, which voluntarily gave up some of their power in exchange for security guarantees against local gangs and criminals. “Contrary to claims of the LNA taking over through force, they were mostly able to peacefully negotiate with the tribes,” said the spokesperson for Fezzan Libya Organization.

Bakir agreed, saying, “They took control over airports, hotels, and checkpoints through voluntary agreements with the tribal leaders.”

According to another source in Sabha who asked for anonymity for fear of repercussions from local gangs and criminals, kidnappings were widespread before the LNA took control over the city. “’I’ve seen 19-year-olds involved in smuggling, trafficking and kidnapping buying mansions and driving luxury cars within six months of them working in these illicit activities.”

He added, “Now, it’s the first time we have security since the fall of Gadhafi.”

A fundamental issue in resolving the trafficking and smuggling business in the south has been the increasing number of foreign gangs and criminals taking over the region, including portions of the southern tribes themselves. Tebu, for example, is part native and part Chadian, because of the increase in Chadians who have entered through Libya’s open southern border. “The Libyan side of Tebu is in favor of the LNA, but a lot of the Chadian side is against it because of their involvement in the smuggling and trafficking business,” the source in Sabha said.

According to this source, Tebu is now mostly made up of foreigners, which is why Tebu has declared in a new statement that it opposes the LNA’s operation. “Tebu is barely Libyan anymore, and so the majority Chadian and foreign members likely released this statement because they don’t want Hifter to end their lucrative business,” the source added.

“Some of the Chadian and Sudanese militants are like a mafia group — and they took control because our borders were open,” said Bakir.

The LNA has been supporting the native Libyan elements of the tribes. Chadians and Sudanese militants who entered the country through its porous southern border have largely disrupted the fragile equilibrium between the different tribes in the south and their relations with other Libyans.

For this reason, many Libyan tribes and others in the south want the LNA to take control of the border and stop the gangs and criminals from entering the country in the first place. “We hope that the LNA will also take control over the border to stop human trafficking and mass migration into Libya. The people are for the LNA to help them end these problems and finally live in peace,” Bakir said.

With this military operation, Hifter — under the eastern government — controls 60% of the south, according to the Fezzan Libya Organization, and the vast majority of the country at large. He is likely to take further control over the southern region with his ongoing operation, drastically changing his prospects of winning Libya’s almost decade-long war.

“The LNA's primary goal is to ultimately extend to the southwestern border and seize key oil installations,” a Libyan journalist residing in the southeast who asked for anonymity over security reasons told Al-Monitor.

Should Hifter, with the support of France, Russia and the UAE, also seize the oil revenues, it could trigger a strong reaction from the rival Tripoli government, with its sponsors of Italy, the EU and the United States, and further prolong Libya’s war. But if Hifter remains unopposed by foreign governments in his conquests, he is likely to win.