Libya's south on edge of chaos

While the world's attention is focused on disputes in coastal Libya, the tribal-controlled south is unstable, and a collapse of order would have consequences for the whole region. 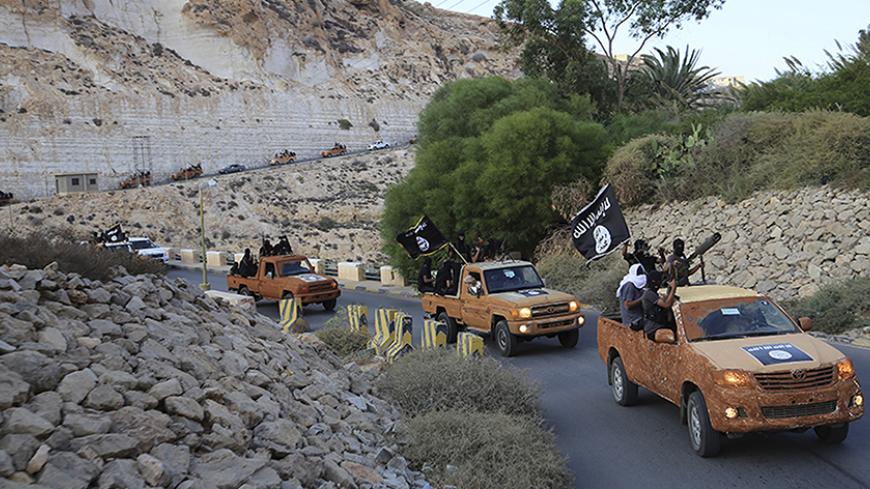 An armed motorcade belonging to members of Derna's Islamic Youth Council, consisting of former members of the town's militias, drives along a road in Derna, eastern Libya, Oct. 3, 2014. Local media reported that the group has pledged allegiance to the Islamic State. - REUTERS 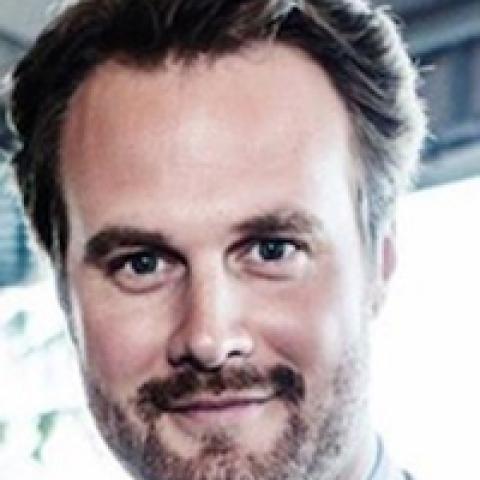 Libya’s southwest is a beautiful landscape of sand dunes and small oases. However, reality on the ground can be confusing and deadly. The strategic and geopolitical importance of Fezzan, the Roman name given to the region, is seldom highlighted — its importance is directly related to the survival of Libya as a state. As fighting continues on the coast, in Tripoli and Benghazi, the bottom of the Libyan state may fall out, seemingly unnoticed.

Southwestern Libya has seldom been a peaceful place. Moammar Gadhafi managed to keep “order” by pitting tribes against each other and creating a social hierarchy where his own Gadhatfa tribe controlled most things economically. In this tribal/state social experiment, acts of violence were common and often sanctioned by the state, or what could be considered a state-like apparatus consisting of various departments, committees, tribes and individuals.

After the Libyan revolution in 2011 and the fall of the Gadhatfa tribe in the south, tribes like Awlad Suleiman, native to the Fezzan, but also with links to Sudan and Chad, took over some of Gadhatfa’s old territory and business. Smuggling and other forms of “informal” business changed hands without major disturbances in the routes and the ways of doing business.

Southern Libya found itself in a very different political and strategic situation after the 2011 revolution. Although many felt that the southern tribal society would be strong enough to withstand the tumultuous future of Libya without a strongman, the tribal fighting and the rise of international terrorism have become major obstacles for a peaceful future.

Tribal warfare has expanded and become a zero-sum game, where each tribe or coalition fights for its survival. With the fall of Gadhafi and consequently the Gadhatfa tribe in the south, several tribes rushed to the scene to crown themselves rulers of Fezzan in response to the power vacuum. The outcome is still to be determined, but the result has so far been bloody. In spring 2012, over 150 people died in Sabha, Libya’s southern capital, a city of around 150,000 inhabitants. All were victims of urban guerrilla warfare between tribes. In January 2014, Sabha and surrounding villages again witnessed another round of tribal warfare with over 150 dead and 250 wounded.

The deaths are but sad examples of the schism that has opened up in the south between various tribes that now fight for domination of the Fezzan. The incapability of the “state” to care and hence intervene for its citizens does not go unnoticed in the south by the wider population. Abandoned streets and the onset of a shortage of basic goods indicated the serious consequences of how these feuds have developed in post-Gadhafi Libya.

The scale and unpredictability of these acts of violence are alarming. In a semi-stable Libya, this local warfare was tolerated and abated earlier since it was often orchestrated by the regime. In an imploding state, however, major instability in the south becomes catastrophic since the state has almost vanished, and consequently, the rules of the game are constantly re-written. In the last months, Misrata loyal forces have ousted the General National Congress and its allies such as the Zintan from coastal Libya. The remains of the former congress are now situated in the far eastern city of Tobruk in a state of exile. With two governments fighting for power and growing lawlessness, southern tribes will continue to be forced to operate either as part of one of the national alliances or unilaterally, in both cases strengthening the division of Libya.

At the same time, the globalized reality of international terrorism that preys on political and social vacuums has taken root in Libya. Smuggling enables these groups to grow powerful, while not taking the problem seriously makes the problem more permanent. Once present, fear of retaliation makes it hard for smaller communities to root out the problem.

Under Gadhafi, the southern border was secured, albeit not impenetrable. Smuggling happened, but under the leadership of certain tribes and condoned by the regime that benefited from the activity. Today, the “state” has very little control of the borders with Algeria, Niger, Chad, Sudan and Egypt, leaving them open to several more groups than before. One such group is the radical Islamists.

It is known that members of most of the groups and tribes in the south “help” these radical individuals purchase weapons or smuggle goods, though they are motivated more by economic survival than support of radicalism.

Part of the problem in the south is the underestimation by local leaders of the true nature of these groups and the negative consequences they bring with them, which ironically grow because of local support through smuggling. Close family bonds also protect radical individuals. In a tight-knit society, family members are protected and their actions often exculpated as criminal rather than aligning with radical Islamism.

In Ubari, a Tuareg-dominated village west of Sabha, radical elements from al-Qaeda in the Islamic Maghreb (AQIM) have widened their presence and their activities have started to scare the population and tribes that no longer can control the newcomer. One spokesperson for the Tuareg community expressed desperation and the need for help when I visited in December 2013, especially fearing radicalization of the youth who see a better future in these radical groups than the ones found back home. Members of the Tebu community in the south are also warning about the spread of radical Islamists. Although the Tebu and Tuareg often clash over the right to protect oil fields in the south, they are also united and scared of the growing presence of radical Islamists.

Although less politically charged for the time being than the situation in Benghazi, radical groups in the south are armed and present. If Benghazi in the east were to fall completely, like the city of Derna, where Ansar al-Sharia rules supreme, a corridor of free passage stretching from Nigeria, through Mali, Algeria, Chad and Niger, passing through southern Libya could open up. The belief among tribal leaders that they themselves can deal with these “rough individuals” is based on a pre-globalized logic that was present in Libya in the system created by Gadhafi. The rapidity, effectiveness and fearlessness of political Islamist groups using violence have overwhelmed societies with weak governments, where everyone is fighting everyone.

If southwestern Libya falls into complete chaos, either by the hands of tribal warfare or radical Islamism, all of Libya and North Africa will be at risk.