Meet the women in Lebanon’s government

All eyes are on the four women appointed to Cabinet positions in Lebanon's new government, a record high in the country plagued by economic and other longstanding issues. 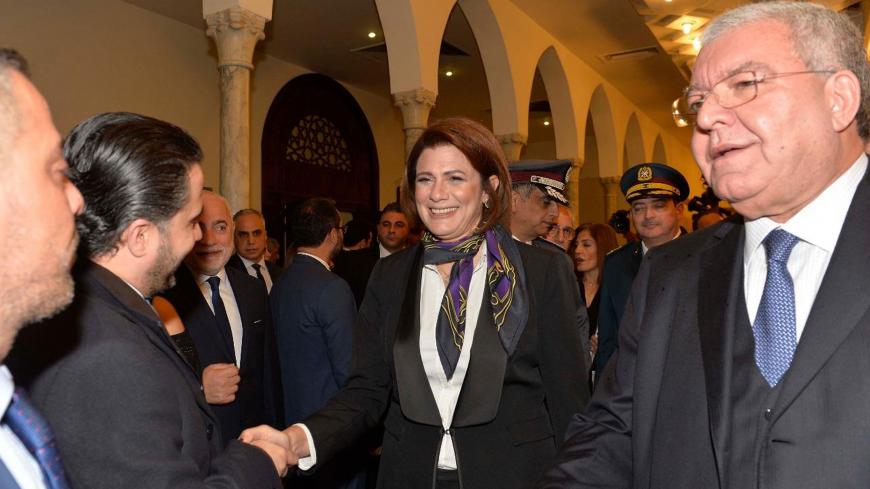 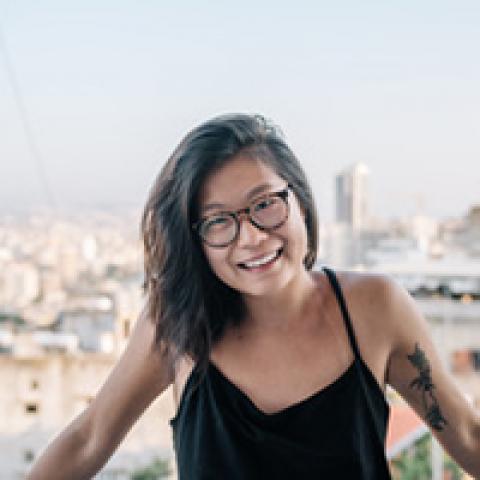 BEIRUT — Four women have been appointed to Cabinet positions in Lebanon’s new 30-member government, a record-breaking figure for the country, which does not have a gender quota for political representation. Shortly after announcing the end of the political deadlock that had left Lebanon without a government for nine months after elections, Prime Minister Saad Hariri tweeted on Feb. 1, “Proud of Lebanese women, proud of the four female minister in the government, proud of the first woman interior minister in the Arab world, proud of the future, proud of Lebanon.”

Nada Boustany of the Free Patriotic Movement was appointed energy and water minister, another senior portfolio, while May Chidiac, a member of the Lebanese Forces, became minister of state for administrative development, and Violette Safadi, an independent, was named minister of state for economic empowerment of women and youth.

“The nominations of these women will hopefully change the perception of society toward women and their capacities,” Claudine Aoun Roukoz, president of the National Commission for Lebanese Women and daughter of Lebanese President Michel Aoun, told Al-Monitor. “It’s important that we have women representing different sectors, because obviously a woman’s voice in politics is needed across all sectors, not just in those related to gender. Women are directly affected in all political decisions that are made, whether it be related to the environment, social affairs or electricity. We are needed to ensure a proper democracy.”

Carmen Geha, who conducts research on Lebanese women in politics as a professor of political studies and public administration at the American University of Beirut, told Al-Monitor that the appointments are a testament to Lebanese political leaders' ability to find qualified women to fill high-ranking posts if they so choose.

Boustany had since 2010 worked with the Energy Ministry as a consultant and had coordinated her party’s energy advisory committee for the past several years. Chidiac, founder and president of the May Chidiac Foundation, which focuses on Lebanese media, democracy and social welfare, is a former journalist who heavily criticized Syria’s heavy hand in Lebanon. It was Chidiac’s work as a journalist that led in September 2005 to an attempt on her life, which many blame on Syria, whose forces occupied Lebanon from 1976 to 2005 and which withdrew only reluctantly.

Hassan is currently chair of the Tripoli Special Economic Zone, the authority responsible for rehabilitating and expanding Tripoli’s port, the second largest in the country. She has yet to announce whether she will be stepping down from that position. Safadi has a background in journalism and business.

Geha observed about Lebanese politics, “Parliamentary elections take on a more populist approach. You need candidates who are well known in the community and who have money to run, and generally, these people are usually men. On the other hand, finding women who are competent and highly skilled within Lebanon’s political parties is not difficult.”

In the May 2018 parliamentary elections, six women were elected to the 128-seat body.

“The prime minister has appeared to be personally very committed to the issue of female representation,” Geha said. “I’m not saying this to endorse him. He has highlighted the issue many times. It’s a bit up to the whims, but for once, the whims seem to be good.”

Paula Yacoubian, a member of Sabaa and one of the six women elected to parliament, both praised and criticized the appointment of women to head ministries.

“It’s great that these women with impressive backgrounds were appointed, however, the number of women in the Cabinet and parliament is still not high enough,” Yacoubian told Al-Monitor. “Female appointments only make up 12% of the government. We were hoping for at least 25%.”

Roukoz, who along with her organization had lobbied the new prime minister to nominate more women, had also hoped for a higher number. “But, it’s a first step,” she said. “This is the most women we’ve had so far in a Cabinet, and we’ll continue to push for more in the future.”

Yacoubian was more critical. The current appointments strike her as window dressing, earning political leaders points for their inclusion while evading the systemic reforms needed to ensure gender equity in representation at the political level.

“For me, the most important reform when it comes to women in politics is introducing a quota,” Yacoubian said. “We need a quota, and in a country defined by quotas, having one is not humiliating for women.”

Lebanon, a country long divided along sectarian lines, ended its 25-year civil war with the Taif Agreement, an accord that upheld the division of powers at the top of the government among its religious groups. Accordingly, the presidency is reserved for a Maronite Christian, the premiership a Sunni and the speaker of parliament a Shiite.

“Without a quota, there will never be adequate representation of women,” Yacoubian asserted.

The Lebanese have kept an eye on the moves of the new government. With an economy on the edge of a cliff — Lebanon is the third-most indebted country — the decisions made in the next few months will be pivotal. Regardless, Geha noted, it would be unfair to expect these women to cast aside Lebanese political tradition in trying to hastily turn the country around.

In under a week, Hassan issued a list of priorities and asked that the public hold her to account in seeing them through. Her agenda includes better implementation of domestic violence laws, a crackdown on the illicit use of weapons and reform of the country’s electoral law to increase voter accessibility.

On Feb. 5, Hassan removed security barriers outside the Interior Ministry, in Beirut’s Sanayeh Park neighborhood, that for five years had resulted in a lane closure on a busy road, regularly causing traffic jams during peak hours. Her decision was met with praise from the community, but skepticism by her male predecessor, Nouhad Machnouk.

In Geha's assessment, the appointment of the four new ministers represents “a good precedence.” “They’ll certainly be under more scrutiny [than their male counterparts] and under the public eye,” she said. “We should wait and see what happens.”