For Prime Minister Benjamin Netanyahu, all means to guarantee his electoral victory are legitimate, including embracing radical right-wing activists. 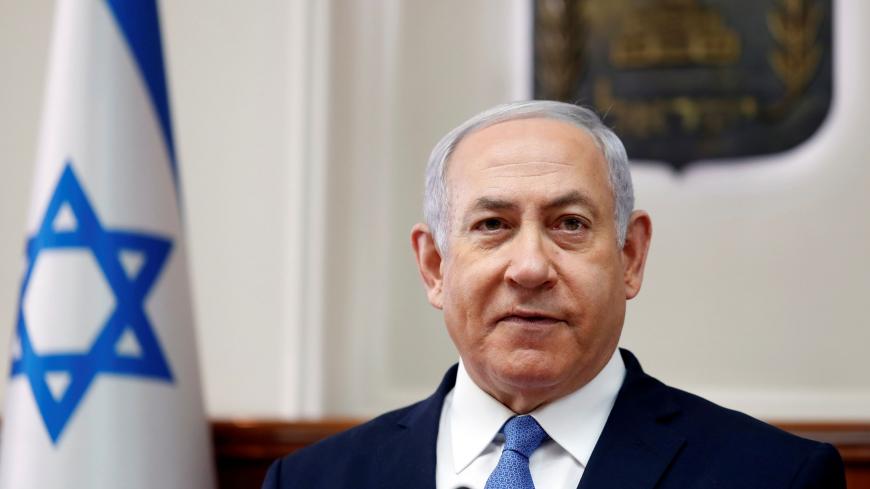 Since he first served as prime minister from 1996 to 1999, Benjamin Netanyahu has warned voters of a dangerous tide of “leftism.” He utters the word with contempt and fear, as he would the name of a communicable disease. Netanyahu, along with his fellow Likud members and those to the right of them (HaBayit HaYehudi and New Right parties), all see a “leftist virus” spreading and threatening to infect all Israelis. The way they see it, anyone who is not one of them has probably come down with the “leftism” disease. “Whoever says he’s not right and not left, is left,” Netanyahu claimed following the Jan. 29 maiden speech by his rival Benny Gantz, who urged voters to put the good of the state before divisive partisanship. Netanyahu’s close ally, Regional Cooperation Minister Tzachi Hanegbi, went further, declaring on Feb. 2, “Anyone who is not Likud is left.”

However, Netanyahu is still unhappy. According to Israeli law, votes cast in favor of a party that does not reach the Knesset entry threshold are lost. And so, fearing a loss of votes for his right-wing bloc in the April 9 elections, the prime minister is busy extending its borders and is even willing to include those once considered the “forbidden right.” These are disciples and admirers of radical activist Rabbi Meir Kahane, whose Kach party platform called for a forceful expulsion of Israel’s Arab citizens. In 1984, Kahane was elected to the Knesset, but when he got up to speak, Likud lawmakers, including then-Prime Minister Yitzhak Shamir, would often walk out in protest.

Shamir, a right-wing stalwart, was unwilling to hear Kahane spew anti-Arab vitriol. Ahead of the 1988 elections, Kahane’s party was banned because of its racist platform. In 1994, the government declared it a terror organization and outlawed Kach. Kahane himself was shot and killed in 1990 by a Muslim assassin.

Netanyahu, however, no longer sees red lines. As far as he is concerned, anything and everything goes. After former army chief Rabbi Rafi Peretz was named on Feb. 5 to head HaBayit HaYehudi, the Likud urged the party to join forces with Otzma Leyisrael, which consists of Kahane’s disciples and fans, to prevent the weakening of the right. Netanyahu thus bleached the mark of shame that Israeli society had imprinted on Kahane’s racist movement, granting his successors a political clemency that they probably never imagined was possible.

Otzma Leyisrael is now headed by its founder, Michael Ben-Ari, who holds a Ph.D. in Israel studies and archaeology. While still in high school, he was active in the Kach movement. In the run-up to the 2009 Knesset elections, he laid out his philosophy in an interview with the Ynet website. “The saying, 'Kahane was right,' has already been used up. You can practically see how what Rabbi Kahane brought up 24 years ago has now become the central issue of this election campaign," he said. Ben-Ari espouses undermining the standing and rights of Israel’s Arab minority. He calls for their transfer to other countries, as well as for Israeli soldiers to disobey orders to evacuate Jewish settlements.

Another senior party figure is attorney Itamar Ben-Gvir, who gained notoriety over his role in the wild incitement against Prime Minister Yitzhak Rabin in the mid-1990s. Television reporter Hezi Mahlev documented him at the age of 19 participating in a demonstration of radical activists, most of them residents of the West Bank city of Hebron, against Rabin. In a particularly memorable photo, he is seen brandishing an emblem he took off Rabin’s armored Cadillac, saying, “Just as we reached this emblem, we can reach Rabin.” A few months later, in November 1995, a right-wing assassin killed Rabin.

Ben-Gvir, who was a parliamentary aide to Ben-Ari during his short term, carried out many of the provocations he engineered over the past 20 years with Marzel, the last chair of Kach before it was banned. In 2015, Ben-Gvir said he had been served with 53 indictments for disruption of public order, destroying property, inciting racism, supporting a terror organization and more. He was convicted in eight of the indictments.

After spending years as a radical activist, Ben-Gvir studied law at the Kiryat Ono Academy and was admitted to the bar. He has since represented radical right-wingers in courts, among them one of the suspects in the July 2015 murder of the Palestinian Dawabsheh family by Israeli Jewish terrorists, and the Israeli youth suspected of killing a Palestinian woman, Aisha Rabi, from the West Bank village of Bidya in October 2018.

Yet another member of Otzma Leyisrael is Bentzi Gopstein, also a Kahane disciple and founder of Lehava, a movement dedicated to “preventing assimilation in the holy land,” in other words, the coupling of Jews with Arabs. Gopstein has extended his party’s activities over time to Jewish boycotts of Arab-owned businesses.

There is not enough time or space to describe the crimes and misdeeds of this party’s members. Most did not do their mandatory military service, and the Shin Bet security agency monitors their activity, viewing them as dangerous individuals motivated by hatred of Arabs and xenophobia.

This week, the members of this radical group could not believe their luck when Netanyahu handed them a seal of approval. Ben-Gvir told a radio interviewer that his party is open to any kind of union. What does he have to lose after Otzma Leyisrael failed in all its past incarnations to overcome the electoral threshold and make it into the Knesset? After all, Netanyahu might even offer them a spot in his next government. Their criminal records, radical views and ongoing incitement against Arabs have all been forgiven.

Even Knesset member Bezalel Smotrich, the newly elected chair of the National Union party, a radical rightist in his own right, was put off by Netanyahu’s unity call. He realizes that Ben-Ari, Marzel, Ben-Gvir and Gopstein are too dangerous even for his party. In response, Smotrich proposed snidely that the Likud adopt Otzma Leyisrael to prevent the loss of any votes, obviously a non-starter.

After turning those who do not support the Likud into dangerous leftists, and endorsing those on the margins of the right once considered beyond the pale, Netanyahu appears willing to do anything to ensure victory. There is room for racists, Arab haters and criminals with records as long as they can boost his power and buy him more time as prime minister.