Intel: How Iran is trying to strengthen its role in Syria by hosting Assad 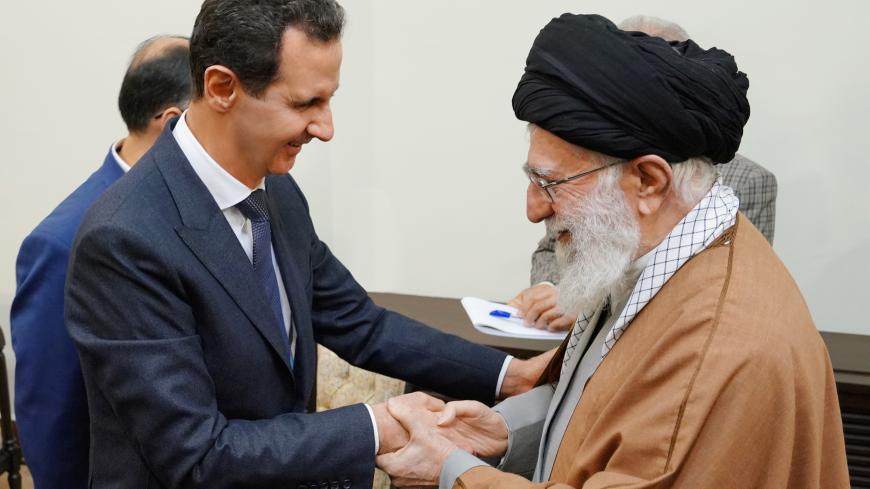 Syrian President Bashar al-Assad made an unannounced visit to Iran Monday for the first time since the start of the civil war eight years ago. The trip allows Tehran to reaffirm its alliance with Damascus at a time when Assad is under increasing pressure to distance Syria from Iran in order to reduce tensions with neighboring countries.

Why it matters: Assad received a warm embrace from Supreme Leader Ayatollah Ali Khamenei and President Hassan Rouhani that was widely displayed across Iranian media. The show of unity comes as Iran and its two negotiating partners, Russia and Turkey, face tensions over the future of Syria. By hosting the Syrian leader, Iran sent a message to both the United States and Turkey that Tehran won't retreat and give up in the face of new developments and "threats" in Syria.

During his meeting with Assad, Rouhani hailed the recent trilateral meeting with Presidents Vladimir Putin of Russia and Recep Tayyip Erdogan of Turkey in Sochi for "maintaining the territorial integrity of Syria.” But Khamenei took an apparent swipe at Ankara for its attempts to establish a "safe zone" at Syria’s northeastern border, which he denounced as an American “plot” that must be “firmly rejected and opposed.”

Iran also doesn’t see eye to eye with Russia over the latter’s efforts to minimize tensions with Israel in Syria. Putin is set to host Prime Minister Benjamin Netanyahu in Moscow on Wednesday for talks on reducing the potential for accidental confrontation between the two countries as Netanyahu vows to keep cracking down on Iran and its proxy forces in Syria ahead of April elections in Israel.

What's next: The Donald Trump administration recently announced plans to keep up to 400 US troops in Syria, including at the US military base at al-Tanf along the Syria-Iraq border, which could make it difficult for Tehran to maintain a strong connection with Damascus and Baghdad. Khamenei pointedly mentioned the base during his comments today.

Know more: In our Feb. 17 Week in Review, we explored the transactional nature of Syria’s relationship with Iran and its other “creditors.” Anton Mardasov recently wrote about the Russia- Iran “tug of war” over Syria. And Amberin Zaman tackled the thorny geopolitics of Turkey’s proposed safe zone in Syria.