Intel: How Turkey is turning to Russia amid row with the US over Syria

The timing of the Turkish foreign minister’s unexpected phone call today with his Russian counterpart in the middle of US-Turkey talks on Syria is the latest sign that Washington and Ankara remain hopelessly at odds over how to move forward in the region. 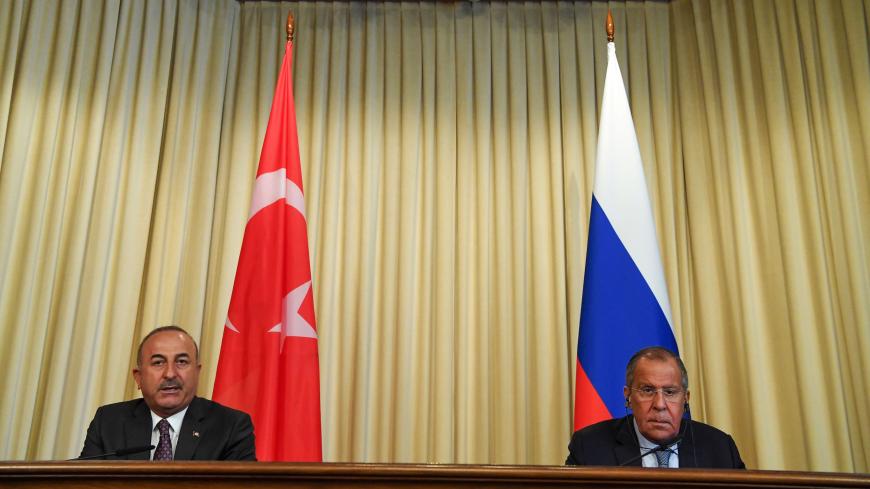 The timing of the Turkish foreign minister’s unexpected phone call today with his Russian counterpart in the middle of US-Turkey talks on Syria is the latest sign that Washington and Ankara remain hopelessly at odds over how to move forward in the region.

Why it matters: Mevlut Cavusoglu’s call to Sergey Lavrov was made “upon the initiative of the Turkish side,” the Russian Foreign Ministry said in a statement. The Syria dossier topped the agenda.

The call comes as Turkey is increasingly expressing its displeasure over the Donald Trump administration’s reluctance to allow Ankara to retain a powerful military presence in northeastern Syria, where the Americans’ Kurdish allies are in control. A Turkey-US joint task force charged with coordinating the withdrawal of US forces from Syria is meeting this week in Ankara for the second time. Recent statements from the Turkish side suggest things aren’t going well.

On Tuesday, an official from the Turkish Foreign Ministry told Hurriyet Daily News that the United States only wants to give Turkey a symbolic place in a proposed coalition force to oversee a safe zone in northeastern Syria. Turkish President Recep Tayyip Erdogan took the lead on Wednesday, voicing his opposition to a US offer to hand over control of the safe zone to a joint force with Germany and France. Erdogan insisted that the proposed safe zone be under Turkey’s control.

“We cannot trust anyone with a region which may pose a threat to our security,” Erdogan said on live TV. “We cannot leave this to Germany or France.”

Turkey is worried about the presence at its border of the US-backed Kurdish People’s Protection Units, which Ankara considers a threat to its national security. The Trump administration wants to protect its Kurdish allies in the fight against the Islamic State while soothing Ankara’s national security concerns.

Knocking on Moscow’s door: The phone conversation between Cavusoglu and Lavrov today is the latest sign of Turkey’s effort to strike a deal with Russia, as the two countries, along with Iran, have taken the lead in determining Syria’s future.

"The ministers reaffirmed the mutual commitment and common approaches to the fight against terrorist elements in Syria in order to stabilize the situation in the country as soon as possible and move forward in its political settlement," the Russian Foreign Ministry said.

What’s next: The disagreement signals another downturn in the bumpy Ankara-Washington ties that might impact other bilateral issues. Ankara believes that the US buffer zone would work for the Kurds and not for Turkey, which could explain Cavusoglu’s recent blunt declaration that the S-400 missile agreement between Turkey and Russia was a “done deal.”

All eyes are now on the outcome of the second round of talks of the joint US-Turkey task force, which wraps up Friday.