Libyan oil tycoon Hassan Tatanaki has begun lobbying in the US in an effort to get the Donald Trump administration to get behind the push for fresh elections in the war-torn country. 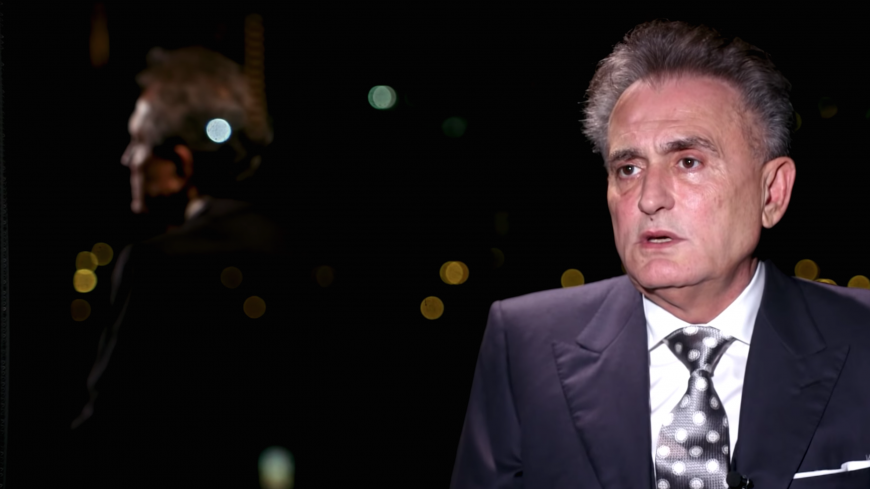 Libyan oil tycoon Hassan Tatanaki speaks during an interview with Al Arabiya in a screenshot from a video uploaded Dec. 3, 2018. - Al Arabiya

Libyan oil tycoon Hassan Tatanaki, who has ties to both the Gadhafi family and military strongman Khalifa Hifter, has registered his new political party to lobby the Donald Trump administration to join the push for fresh elections aimed at reunifying the war-torn country.

Tatanaki signed a $30,000 monthly contract last November with Yorktown Solutions, a small Washington-based lobbying shop, according to Justice Department records reviewed by Al-Monitor. The firm is run by Daniel Vajdich, a former Senate Foreign Relations Committee staffer and adviser to the 2016 presidential campaign of Sen. Ted Cruz, R-Texas, who previously lobbied on behalf of Ukrainian interests against the Russian-owned Nord Stream II pipeline to Germany.

Vajdich told Al-Monitor that the businessman’s Libyan United Democratic Party seeks a “free, democratic and prosperous Libya” that is “not subject to the influence of local Muslim Brotherhood affiliates or their external backers.” Tatanaki, whose Challenger Limited oil company operates 25 drilling rigs in Libya, has residences in Abu Dhabi, London and Cairo. He has close relationships with Emirati Crown Prince Mohammed bin Zayed and other Arab royals.

But experts say the entry of Tatanaki into the Washington lobbying fray will be challenged by the attrition of the State Department’s ranks and waning American interest in Libya, leaving few potential openings for the billionaire to push his message. Despite welcoming UN-backed Libyan Prime Minister Fayez al-Sarraj to the White House in late 2017, Trump, speaking alongside Italian Prime Minister Paolo Gentiloni that April, said the US had “no role” in the North African nation.

The lobbying push comes as Reuters reported that Ghassan Salame, special representative and head of the United Nations Support Mission in Libya, intended to postpone a conference that would have set the course for presidential elections later this year, as rival factions in the conflict did not support the idea.

Tatanaki joins a colorful group of characters trying to lobby the US administration to chart a stronger course on Libya, with total expenses topping $590,000 in 2017. That year, top officials in Libya’s east, including Tobruk House of Representative President Aguila Saleh Issa and self-appointed Gov. Abdelrazek al-Nadhouri, paid the Canadian firm Dickens and Madson $100,000. Hifter himself has retained the services of Grassroots Political Consulting in Washington, paying the firm $40,000 in 2017.

Yet Libyan efforts to lobby Washington are often unsuccessful, experts say, only drawing low-level engagements with US officials that don’t impact American policy.

“Every top Libyan player, even obscure deputy ministers come to Washington,” said Jason Pack, the founder of Libya-Analysis, a New York-based consultancy. He added, “They somehow think that telling a low-level commerce official that Libya is open for business will trickle into policymaking.”

Tatanaki’s fledgling party could have a hard time making headway, as Washington’s foreign policy ranks have thinned, leaving the State Department short on Libya expertise. Yael Lempert, a senior foreign service officer who served as acting deputy assistant secretary of State for Egypt and North Africa, left the job in December to become the second-ranking US diplomat in London.

Tatanaki has not yet scheduled meetings with the Trump administration. But former US officials and experts say Tatanaki appears to have played multiple sides in Libya’s civil war. A decade ago, he hired international public relations firm Brown Lloyd James to arrange speeches for Moammar Gadhafi at the United Nations and Georgetown University, according to Justice Department filings reviewed by Al-Monitor. The Libyan mission to the United Nations paid the firm $1.2 million in 2009 for logistical support for a New York trip by Gadhafi's son, Saif al-Islam Gadhafi.

“He had a very close relationship with Gadhafi,” a source familiar with Tatanaki’s lobbying told Al-Monitor. “He likes to play the part of the opponent, but he was one of them. That’s how he made his billions,” the source added. Neither Yorktown nor Tatanaki would provide on-the-record comment about the Libyan oilman’s relationships with Gadhafi and Hifter.

Though once close with Saif, who hasn’t been seen in public for years, Tatanaki is now firmly ensconced with allies of Hifter in Libya’s east, where the billionaire hails from, two sources told Al-Monitor. Hifter supporters have recently appeared on a Cairo-based TV channel owned by the businessman.

With the Trump administration highlighting global power competition in Africa, there may yet be a window of opportunity for Libyan lobbyists to exploit. US national security adviser John Bolton rolled out a new US strategy for Africa at the conservative Heritage Foundation last month to counter Russian and Chinese influence on the continent, but only mentioned Libya in the context of the Islamic State fight.

Pack, the Libya analyst, said that US Africa Command, or AFRICOM, is the most engaged component of the US administration when it comes to the war-torn North African country.

“No one has the reins. AFRICOM has come to run it,” he said, adding, “[Lobbyists] should be going to Stuttgart.”