The European Court of Human Rights has ruled the first of many cases filed on behalf of the 130 people killed in state-sponsored violence in Cizre inadmissible because the plaintiffs had not taken their case to Turkey’s Constitutional Court. 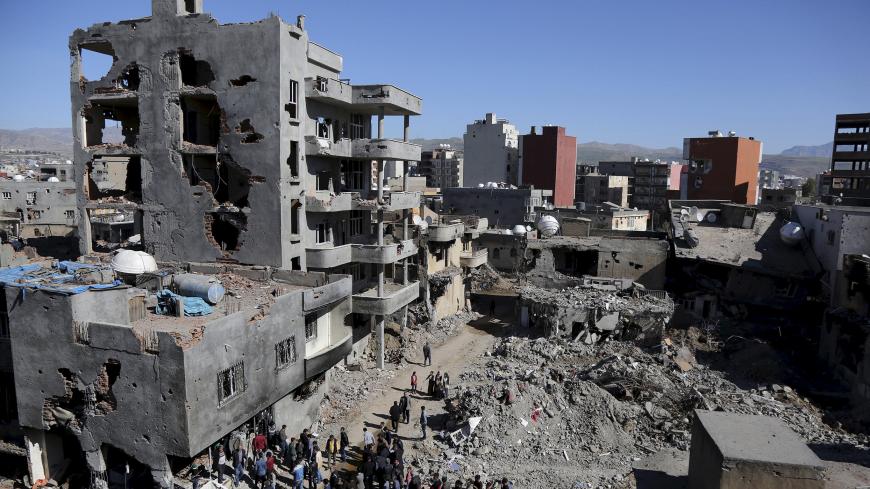 Buildings, which were damaged during the security operations and clashes between Turkish security forces and Kurdish militants, are seen in the southeastern town of Cizre in Sirnak province, Turkey, March 2, 2016. - REUTERS/Sertac Kayar

The Strasbourg-based body declared a case filed on behalf of Orhan Tunc and Omer Elci inadmissible. They were among more than 130 people who perished when Turkish security forces surrounded three buildings in Cizre during operations between December 2015 and February 2016. Human Rights Watch said the forces that laid siege to the buildings had “deliberately and unjustifiably killed about 130 people — among whom were unarmed civilians and injured combatants —trapped in the basements.”

In its reasoning, the ECHR asserted that “all domestic remedies had not been exhausted,” meaning the plaintiffs had not taken their case to Turkey’s Constitutional Court first. In general, litigants can only appeal their case in Strasbourg after the highest court of appeals in their country passes judgement against them. The European body has made exceptions to this rule but did not deem it necessary this time. It is unlikely to act differently in some 33 remaining cases that were filed by families who lost loved ones during the curfew.

Lawyers representing Tunc’s family said they were stunned because the court had earlier issued an injunction in the victim's favor in January 2016, when he was wounded but still alive. At that time, the Constitutional Court rejected his appeal for the curfew and military operations to cease so that he could receive treatment for his injuries. The authorities also denied access for an ambulance to carry him to a hospital and he died soon after.

The president of Turkey’s Human Rights Association, Ozturk Turkdogan, lamented today’s decision, saying it squarely contradicted the ECHR’s earlier position on the case. He told Al-Monitor the decision left victims with “an irreversible sense of injustice” and accused the ECHR of complicity with Turkish diplomats and members of the judiciary “who lobby them incessantly in Strasbourg.” Turkdogan asserted, “As of today, we can count the European Convention on Human Rights dead.”

Yaman Akdeniz, a prominent cyber-rights activist and vocal critic of the ECHR because of its recent stance on Turkey, tweeted, “The European Court of Human Rights has become an apologist for the Turkish Constitutional Court claiming that the Turkish Court provides an effective remedy.”

Tunc’s widow Guler had even harsher words for the judges in France. She told Al-Monitor, “With this judgement, the ECHR did not execute justice, it committed a crime against humanity. Through this verdict it told Turkey ‘We accept this massacre, go ahead and commit even greater ones.’ That is the message that was delivered today.”

Tunc died with his brother Mehmet, a locally elected Kurdish official. They were identified by their remains, “a few bones” the BBC reported. Many of the victims were said to have burned to death, ostensibly as a result of shells fired at the buildings. Tunc was badly wounded but relatives insist he could have been saved had authorities granted an ambulance access to him.

One of the more likely reasons the European body seems reluctant to admit such cases is because of their sheer volume, in parallel to the spike in abuses since Turkey’s ruling Justice and Development Party began cracking down on dissidents in the wake of the failed 2016 coup.

A total of 7,100 cases were filed against Turkey in Strasbourg in 2018 alone, ranking Turkey behind Russia, Romania and Ukraine. The court lauded Turkey, however, for having settled 146 cases last year even before the ECHR issued its own verdict, a twofold increase over 2017.

Among the most prominent cases submitted to Strasbourg are that of the imprisoned former co-chair of the Peoples’ Democratic Party, Selahattin Demirtas, who faces up to 144 years on a slew of thinly evidenced terror charges, and of Osman Kavala, a globally acknowledged philanthropist who has yet to be indicted some 464 days since his arrest on similarly spurious charges. In November, the ECHR called on Turkey to free Demirtas, saying the extensions to his detention throughout presidential and parliamentary elections in 2018 had been designed to stifle pluralism and limit political debate.

Turkey ratified the European Convention on Human Rights in 1954 and in 1990 accepted the compulsory jurisdiction of the European court, part of an effort to jumpstart its now stalled efforts to join the European Union. It became a fount of justice for thousands of Turkish citizens, notably Kurds, who faced a barrage of abuses during the Turkish army’s scorched-earth campaign in the 1990s against the same militants who recklessly carried their fight to urban areas like Cizre two decades later, a move that deeply alienated the people they claimed to be defending.