The Egyptian Cabinet approved new amendments to a drug law in light of a surge in the use of new kinds of drugs. 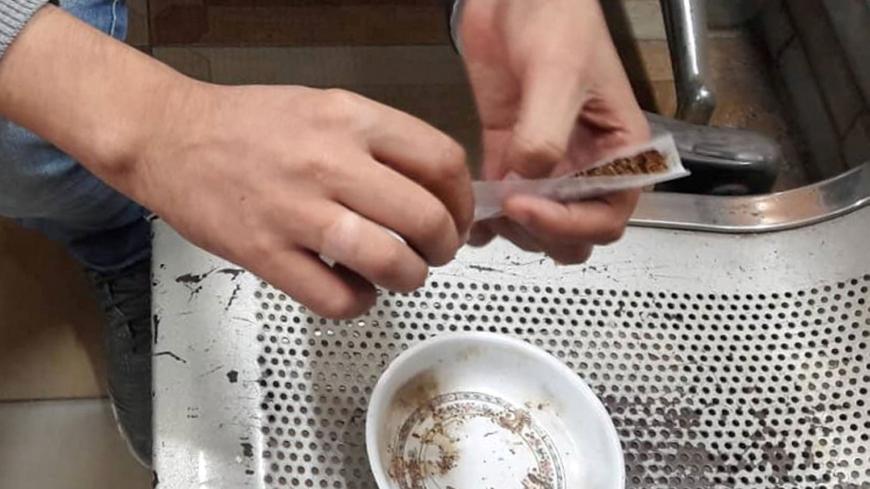 The Egyptian Cabinet on Jan. 30 approved amendments to an existing law imposing severe punishments for anyone caught peddling or using synthetic narcotics or importing substances for their manufacture. Egypt has for decades acknowledged the problem of drug addiction, but in recent months there has been a focus on locally manufactured cheap drugs, particularly the synthetic drugs called Strox and Voodoo, which have reportedly caused several deaths among young people.

Mohamed Abdel-Ghani, assistant professor of psychological health and addiction treatment at Zagazig University, said that the cabinet’s move comes at the right time.

“In recent months, the use of synthetic drugs has become very popular because they are very hard for the police to detect, are very cheap and have a strong effect that gives users a completely different experience [than other drugs],” Abdel-Ghani told Al-Monitor. According to him, dealers are manufacturing the drugs at home, using imported herbs, cosmetics (such as beauty powders) and legal medications (such as atropine, ketamine and hyoscine).

“The police began to face a big problem in taking action against the culprits because these drugs were not included on the list of illegal drugs,” Abdel-Ghani said. “So, most cases ended with the registering of these drugs at police stations as herbs or cosmetics [and the suspects' being released]. However, now, things are different after the new draft law.”

The old law only covered long-established drugs, among them heroin and hashish, but synthetic drugs have now been added to the list. The amended law stipulates that anyone who imports or exports “synthetic drugs with an anesthetic or harmful effect on mind, body or psychological and neurological functioning shall be sentenced to death.”

Abdel-Ghani said that chemicals involved in making Strox and Voodoo have no basis in nature, unlike hashish for instance. “They have more harmful effects than hashish, and their effects are both psychological and physical,” Abdel-Ghani said. “These drugs have adverse health effects on the heart and blood pressure and cause deadly [seizures]. They can also lead to kidney failure.”

Strox and Voodoo, both of which are used to lace tobacco and hashish, are said by users to cause hallucinations.

“A normal person can only take four tokes from a Strox joint,” said a middle-aged drug user who requested anonymity. “Taking more would kill a person.” He attributed the popularity of synthetic drugs to their low price.

“A bag with a handful of Strox can be sold at 100 Egyptian pounds [about $6], and that amount can make a dozen joints,” the man told Al-Monitor.

Amr Othman, head of the Fund for Drug Control and Treatment, a state agency authorized to combat and treat drug addiction, said synthetic drugs are most popular among youths aged 15-17 and represent 3.4% of all drugs popular in Egypt.

According to government figures, 10% of Egyptians aged 15 and 16 are on some form of illegal drug.

“This age group, which is characterized by impulsiveness and a willingness to try anything new, tends to use synthetic drugs because they allow them to have a different experience and fulfill their desire for distinction among their peers,” Othman told Al-Monitor.

Othman said that although the new law is important, it needs to be complemented with support from civil society groups. “Awareness campaigns should be launched at schools and universities, where young people are,” he said. “Implementation of the law should go hand in hand with changing the culture of society and raising people’s awareness about the dangers of taking drugs of any kind.”

Othman added that harsh punishment will not necessarily put an end to the phenomenon. “It is for sure essential, but there are other ways to reduce drug addiction like media campaigns, including ads, TV series and movies.”