Turkey pledges to enter Syria so refugees can return

Frustrated by the slow progress on a proposed buffer zone in northeast Syria, President Recep Tayyip Erdogan has signaled Turkey could do it alone, saying it would allow some of the millions of Syrians sheltering in Turkey to go home. 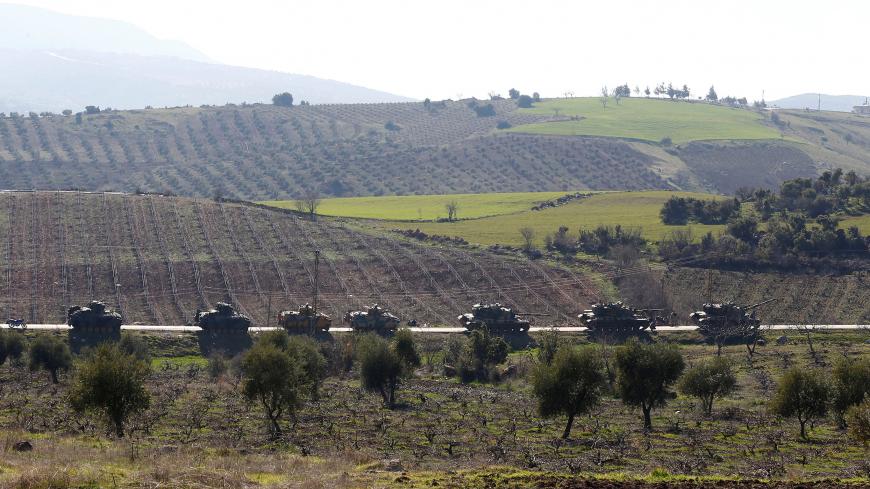 ISTANBUL — Turkish President Recep Tayyip Erdogan reiterated his pledge to launch a military offensive in northern Syria, saying on Monday that his military aims to create a safe zone in the area so that the 4 million or so Syrian refugees sheltering in Turkey can return home.

Turkey wants a 32-kilometer (20-mile) zone along its southern border with Syria to push back the People’s Protection Units (YPG), a Syrian Kurdish militia with links to insurgents Turkey has battled for more than three decades, after the United States withdraws its forces from Syria. The YPG has fought alongside the United States against the Islamic State since 2014 and its political arm administers much of northeast Syria.

US President Donald Trump unexpectedly declared in December he would pull out the 2,200 American special forces fighting with the YPG in Syria, leaving what’s left of the battle against IS to Turkey. More than a month on, the details of Trump’s withdrawal plan remain unclear.

The surprise announcement roiled his own cabinet, prompting his defense secretary and other key figures to resign over the risk it exposed Kurds to. Relations with NATO partner Turkey have been severely strained for years over the US military’s arming of Syrian Kurds and a brief respite in the acrimony following Trump’s announcement may prove short lived.

Still, Erdogan said in his speech broadcast live that talks with both Russia and the United States have been “very positive."

“Just as we have ensured security in other areas, we will bring peace, safety and security east of the Euphrates River very soon,” he said. “As we continue our diplomatic efforts, we have also finished preparations for our next step,” he added, referring to a potential incursion.

The return of Syrian refugees will take part in an initial phase, he said, adding that almost 300,000 Syrians have already returned to areas that Turkey controls in Syria after it launched two separate offensives in 2016 and 2018.

Erdogan has been engaged in rigorous diplomacy with both Russia, which supports Turkey’s foe Syrian President Bashar al-Assad, and the United States to build consensus for a buffer zone along its border. Last week, he met President Vladimir Putin in Moscow but left without announcing any agreement on the buffer zone. He has also spoken at least four times by phone, most recently on Jan. 21, with Trump since the US president invited Erdogan to take over the fight against IS.

But Erdogan has also expressed frustration with what he sees as foot-dragging by the Americans, who have made conflicting statements about the withdrawal. Top diplomat Mike Pompeo and Trump’s national security adviser John Bolton raised Turkish ire this month by demanding that Turkey not harm the YPG — the main reason Turkey wants to enter Syria.

Over the weekend, Erdogan said his patience was not without limits and that Turkey will form a safe zone on its own if its foreign partners do not act within a few months. Turkey only needs logistical support from the United States and is in fact the only country capable of ensuring the safe zone works and should have control of it, he said, and that Turkey is not interested in any other formulations for the zone.

The US envoy for Syria, James Jeffrey, was in Ankara last week to meet Defense Minister Hulusi Akar to discuss the US withdrawal, coordinating the safe zone and the fate of the flashpoint town of Manbij, controlled by the Syrian Democratic Forces, which is primarily comprised of YPG fighters. Hurriyet reported that Jeffrey proposed Turkish, British, French and US troops patrol the zone together and that the United States would provide air defense to create a no-fly zone.

“I honestly don’t see much progress. The US plan Jeffrey is delivering to Ankara has a lot of moving parts and requires buy-in from hostile actors,” said Aaron Stein, director of the Middle East Program at the Foreign Policy Research Institute in Washington. He told Al-Monitor, “I do think President Trump has prioritized reaching an agreement with Turkey, but it’s unclear if the Turks can accept what it is that the US is now offering. Moscow, too, seems to be trying to prevent a Turkish incursion, so clearly we have a lot of disagreement.”

Officials from the presidential palace declined to meet Jeffrey, despite an announcement that he would speak with Erdogan’s senior adviser Ibrahim Kalin and the deputy foreign minister, reported Cumhuriyet. The former was outside of Turkey during Jeffrey’s visit, and the latter forced the senior US diplomat to wait a day before meeting him in order to convey Turkish displeasure with US policy in Syria, according to the newspaper.

The slight echoed a snub of Bolton in Ankara earlier this month in which Erdogan canceled their meeting over the national security adviser’s statements defending the YPG. For their part, the Kurds have turned to Russia and Syria in a bid to prevent a Turkish incursion.

A Turkish television channel reported at the weekend that Turkey was continuing to deploy troops and weaponry to its border further west, an area bordering Syria’s Aleppo governorate.

In his speech on Monday, Erdogan implied underhanded plots by unnamed countries were a force behind IS or Daesh, the Arabic term Erdogan prefers for the jihadi group that seized wide swathes of Iraqi and Syrian territory before the US-led coalition largely defeated it.

“Today there is almost no Daesh presence left in Syria. We know full well that the existing remnants of Daesh were left there not because they couldn’t be cleaned up, but in order to win the terrorist organization YPG legitimacy, to enrich this organization,” he said. “Since it first emerged, Daesh essentially has been a pawn to serve certain states, certain powers in their plans for Syria and our region.”

In a sign of the risk that tensions could spiral, violence erupted over the weekend near Dohuk, in Iraq’s Kurdistan region, when protesters stormed a Turkish military camp, burning tanks and other vehicles. One protester was killed and 10 others wounded after Turkish soldiers opened fire, Reuters cited Iraqi officials as saying. Cavusoglu said the attack was carried out by the PKK pretending to be civilians.