Turkey's initial satisfaction over the United States' abrupt Syria withdrawal announcement is being tempered by doubts over Washington’s true intentions and awareness of the obstacles that still remain to a Turkish incursion. 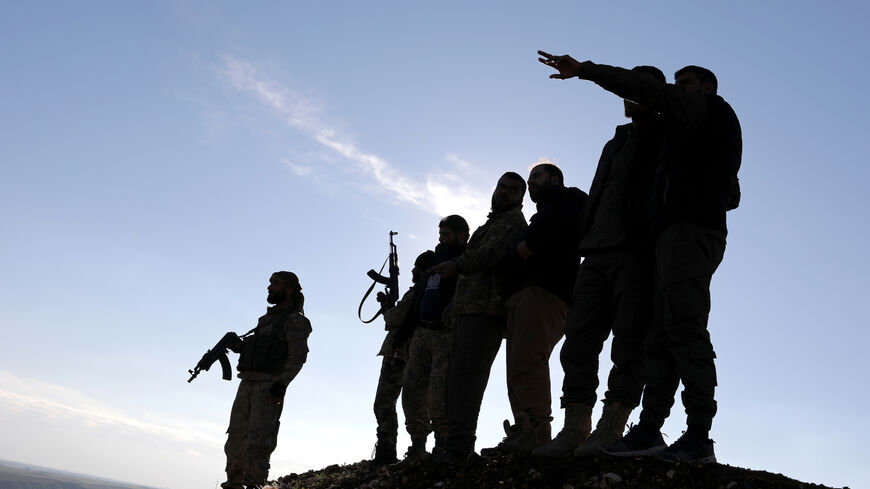 Turkey’s initial satisfaction over President Donald Trump’s decision to pull US forces out of Syria is being tempered by doubts about Washington’s next step. The situation in northern Syria is getting increasingly complicated for Ankara.

Little has happened since then regarding Ankara’s planned incursion into Syria to eliminate the People’s Protection Units (YPG). Some analysts believe that this operation is less likely to happen after Trump’s decision to leave Syria.

Ankara says the US-backed YPG and its political wing the Democratic Union Party (PYD) are terror organizations linked to the outlawed Kurdistan Workers Party (PKK), which it has been fighting since the mid-1980s.

Following Trump’s decision, Turkey announced that it would postpone its planned operation for the time being to allow a coordinated and orderly departure of US forces from Syria. Questions remain, however, as to when and how this departure will actually take place.

Many on the Turkish side recall that this was not the first time Trump announced a desire to leave Syria. In March 2018, Trump said the United States would be pulling out “very soon,” but little happened in the interim. To the contrary, remarks from various US administration officials indicated that Washington was planning to remain in Syria for the long haul in order to contain Iran.

Given such vacillations on Washington’s part, there is nothing to assure Ankara that Trump will not be forced to change his mind again.

Ankara is noting, for example, the hard lobbying of the White House by influential Republican senators like Lindsey Graham who are trying to stall the US pullout. Graham told reporters last week that the administration had decided to “slow things down in a smart way.” He also expressed concern for the fate of Washington’s Kurdish allies in Syria, who he said will be exposed to Turkish attacks.

"If we leave now, the Kurds are going to get slaughtered," he said, adding, "The president is reconsidering how we do this."

The concern on the Turkish side is that what Ankara considers to be a legitimate fight against terrorism will be transformed in Western minds into another case of Turkey attacking long-suffering Kurds.

Haberturk political commentator Fatih Altayli sees a potential trap here. Altayli believes that any Turkish operation against the YPG will be accompanied by an international outcry accusing Turkey of committing genocide against the Kurds.

“This will be accompanied by pressure on Trump to change his decision,” he wrote, adding, “Trump, whose one moment doesn’t match his other moment, will say after a while, ‘We have to return [to Syria] for humanitarian reasons,’ and try to garner political points in this way.”

Ankara and Washington are reportedly working closely on the details of the US pullout from Syria. The results of these efforts may become clearer after Trump’s national security adviser, John Bolton, visits Ankara.

Meanwhile, the PYD's efforts to secure a political settlement with the regime of President Bashar al-Assad and forestall a Turkish operation are being noted with annoyance in Ankara.

Turkey’s concerns seemed justified when it was reported last week that Syrian army forces had moved to the outskirts of the YPG-held town of Manbij, just west of the Euphrates River, positioning themselves between YPG fighters and Turkish forces and their Free Syrian Army (FSA) proxies.

Moscow welcomed this development warmly, adding to Ankara’s displeasure. Kremlin spokesman Dmitry Peskov said it was a “positive” development that will contribute to stability in Syria. Russian Foreign Ministry representative Maria Zakharova said last week that lands evacuated by US forces should be handed over to the regime.

The Turkish side has chosen to remain silent over such statements from Moscow because it does not want to undermine its growing dependence on Russia in Syria against the United States.

Turkish Foreign Minister Mevlut Cavusoglu, Minister for Defense Hulusi Akar and head of the Turkish Intelligence Agency Hakan Fidan held talks in Moscow over the weekend to iron out such differences, but the talks produced little more than generalities about “agreeing to cooperate against terrorism in Syria.”

The problem is that Ankara and Moscow do not agree on who counts as a terrorist in Syria. Russia, like the United States, does not view the YPG or PYD as terrorist groups and has maintained its dialogue with them.

Foreign policy analyst Barcin Yinanc believes that Trump’s decision to pull out of Syria has strengthened Moscow’s hand. He wrote, “Prior to the US departure, Turkey could use the US against Russia and Russia against the US in Syria. Now with US soldiers out, what kind of leverage will it have against Moscow?”

Meanwhile, many Turks are concerned about the added task of fighting IS in northern Syria that Trump handed over as a condition for the United States leaving Syria. Turkish officials insist that Turkey is up to the task but many questions remain about Turkey doing the job on its own.

Adding to Ankara’s complications, the situation in Idlib is showing signs of getting out of hand. President Recep Tayyip Erdogan and Russian President Vladimir Putin agreed in Sochi in September to secure a cease-fire in Idlib and establish buffer zones in the province between regime forces and Turkish-supported FSA elements.

Under the accord, Turkey is also responsible for disarming groups such as Hayat Tahrir al-Sham and expelling its fighters from the province.

Moscow has said on more than one recent occasion that these objectives have not been met yet. It has, nevertheless, been careful to compliment Ankara’s efforts in this regard so not to sully the positive atmosphere between the two countries.

There are also reports that the Syrian army has resumed shelling specific targets in Idlib, raising the specter again of an operation by Russian and regime forces on the province that would undermine Ankara’s plans.

The bottom line, however, is that it is not clear what kind of a foothold Russia will allow Turkey to gain east of the Euphrates, even if it turns a blind eye to a limited Turkish military operation in the region.

There are also developments that could force Turkey to consider establishing some degree of a dialogue with the Assad regime, an idea that remains loathsome to Erdogan. The decision by the UAE and Bahrain to reopen their embassies in Damascus — with other Arab states expected to follow — could force Turkey’s hand if it wants to avoid an Arab backlash over its plans for Syria.

Retired Turkish Ambassador Selim Kuneralp pointed to many uncertainties that remain for Turkey after Trump’s decision to pull out of Syria. “To start with, the timeline of the US pullout remains uncertain,” Kuneralp told Al-Monitor. “Likewise, statements out of Moscow show that Russia is not prepared to give Turkey a blank check in Syria,” he added.

Kuneralp also believes that Ankara is probably already involved in backchannel talks with Damascus, even though the government will not admit to it.

“The government has no interest in acknowledging this openly since it would amount to eating crow, having wished for Assad’s demise from the start,” Kuneralp said.

Kuneralp is also among those who believe that the chances of a major military operation by Turkey in northern Syria have diminished following Trump’s decision to pull out.

“The government is keeping talk about such an operation alive to please domestic public opinion at a time when the country is heading for local elections,” Kuneralp said.

What is certain is that the apparent political, military and security complications such an operation is likely to meet are troubling many in Ankara who, some argue, might even end up being happy with a slow pullout by US forces.