The lease of the Turkish military’s prominent tank factory to the private company BMC has stirred fierce criticism. 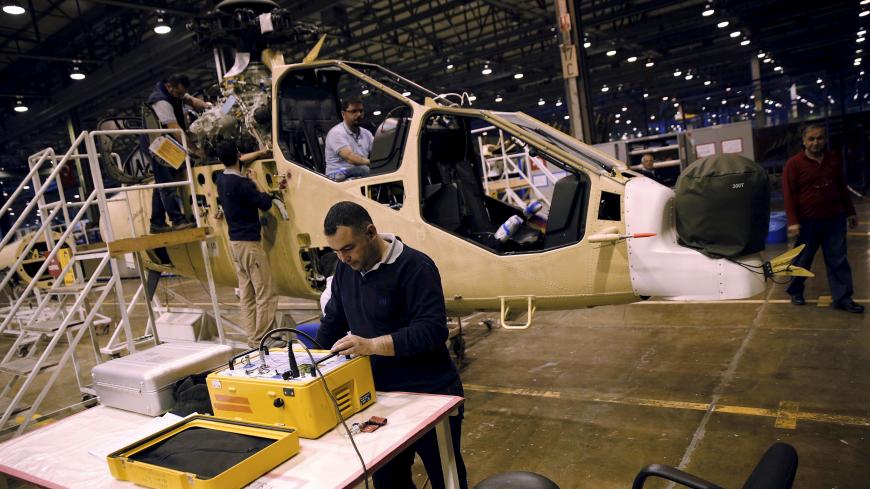 At the first presidential summit of defense industries convened in Ankara on Dec. 12-13, Turkish President Recep Tayyip Erdogan said he believes an increased injection of the private sector into the defense industry through privatization is a key to success.

One week after this statement, a new decree was signed by Erdogan that includes Turkey's Tank and Pallet Factory in the country's northwestern province of Sakarya in the scope of a 25-year privatization program. The program aims at an efficacious use of resources in the national defense industry and at raising the operational efficiency of the factory.

The Tank and Pallet Factory, established in 1975 and operated as a military unit attached to the Land Forces Command, manufactured purely indigenous equipment such as howitzers, ammunition carriers, day-and-night binoculars and tracks for tanks and other military carriers. The factory was also modernizing Leopard 1, 2 and other tanks.

So why was the factory leased to a private company?

Turkish news media had alleged some months ago that land and existing structures were made available free of charge to Ethem Sancak, a businessman very close to Erdogan; Sancak is a member of the Justice and Development Party Executive Council and heads the vehicle-making company BMC, which is partly owned by Qatar.

It was said that the provision of workshops and use of land to BMC even before the privatization was announced showed that it was a done deal.

The bids for mass production of the Altay, advertised as Turkey’s main battle tank, and its power pack were won by BMC. The company said it would manufacture the tank in a factory it would build in Karasu, a town in Sakarya.

In August a series of “super state incentives” were granted to BMC — immunity from customs duties and value added taxes and an almost total exemption from corporate tax. But in October, the construction of the Karasu factory ceased. Now we are told that under this privatization deal, the Altay tank will be produced in the military factory that will be privatized instead of in a factory built from scratch.

BMC is one of the fastest-growing private defense firms. In 2014, when the factory was offered for sale, only Sancak participated in the auction held by the government's Savings Deposit Insurance Fund. BMC had been placed under the care of the fund after the company's former owner went into bankruptcy. When Sancak became the owner of BMC by paying around $300 million, the word on the street was that just the land the company owned was worth twice that amount.

Later Qatar bought into the company; it is not known how much Qatar paid for its shares. In 2016, the German Rheinmetall and Malaysia RBSS companies also became shareholders.

Although there were reports that Rheinmetall would actively participate in the production of the Altay tank by supplying its power pack, the German parliament has yet to approve this.

The national main battle tank Altay is to replace the German Leopard series and the US M-60 that are currently in Turkey’s inventory. Altay, which has attracted attention with its survival capability, mobility and high firepower, has performed well in tough all-weather and all-terrain tests. Plans call for 250 Altay tanks to be produced for the Turkish army, with a first batch of 40. Other tanks would be built for export.

According to defense industry experts in Ankara, the economic size of the project, spread over more than 20 years, is expected to reach $25 billion to $30 billion.

Exactly how much BMC will be paid, and how much it will pay to lease the tank factory, is not known.

There has been growing negative reaction to the privatization of the military factory from opposition political parties and Turk Harb-Is, the labor union factory workers belong to.

While many of the 1,000 or so factory workers fear that the privatization could lead to job losses or to a change in their working conditions, Defense Minister Hulusi Akar said the rights of the workers won’t be affected. The minister, accompanied by Chief of General Staff Yasar Guler and Land Forces Commander Umit Dundar, visited the military factory Jan. 4 to try to tamp down the reactions to the privatization decision.

Akar said that the privatization will take place and that the decision did not mean the sale of the factory.

“It means we are only transferring production rights. There is no sale. There is definitely no firing of personnel. Our goal is to increase the productivity of the plant, to upgrade its technology and enable it produce strategic goods. Our goal is to make use of domestic and foreign technological potential rapidly,” Akar said.

He said the items produced at the factory will be sold to friendly and allied countries and will benefit from the dynamism and connections of the Turkish private sector. He said the first step will an investment of $40 million to $50 million for the modernization of the factory.

But despite all efforts, reactions against the privatization of the factory have not subsided. On Jan. 19, workers afraid of being fired plan to hold a mass protest in Sakarya. The Turk Harb-Is union has decided to resist the privatization decision.

But given the current conditions in Turkey, it seems likely that such protests would be quickly dispersed by security forces and that such actions would not be reported widely by the media, which mostly supports the government.

In a policy note, the Istanbul-based law firm HERDEM emphasized that that it is not proper to apply the Law on Privatization to this case because the proposed transition has to do with the facility management model, not privatization.

Turkey also plans to experiment with having a private company provide insurance of army assets following the privatization. The decree requires the finalization of privatization of the factory by the end of this year; it seems there are many issues that still have to be dealt with.

It now appears that political, social and legal arguments over the privatization of the Sakarya military tank factory will continue. The AKP government, which has been keen on privatization since 2002, now realizes that the country has resources that could provide serious revenue by attaching factories to the presidential palace. The military command has approved transfer of military defense industry facilities, and it is very likely that this unusual privatization will be followed by similar ventures.